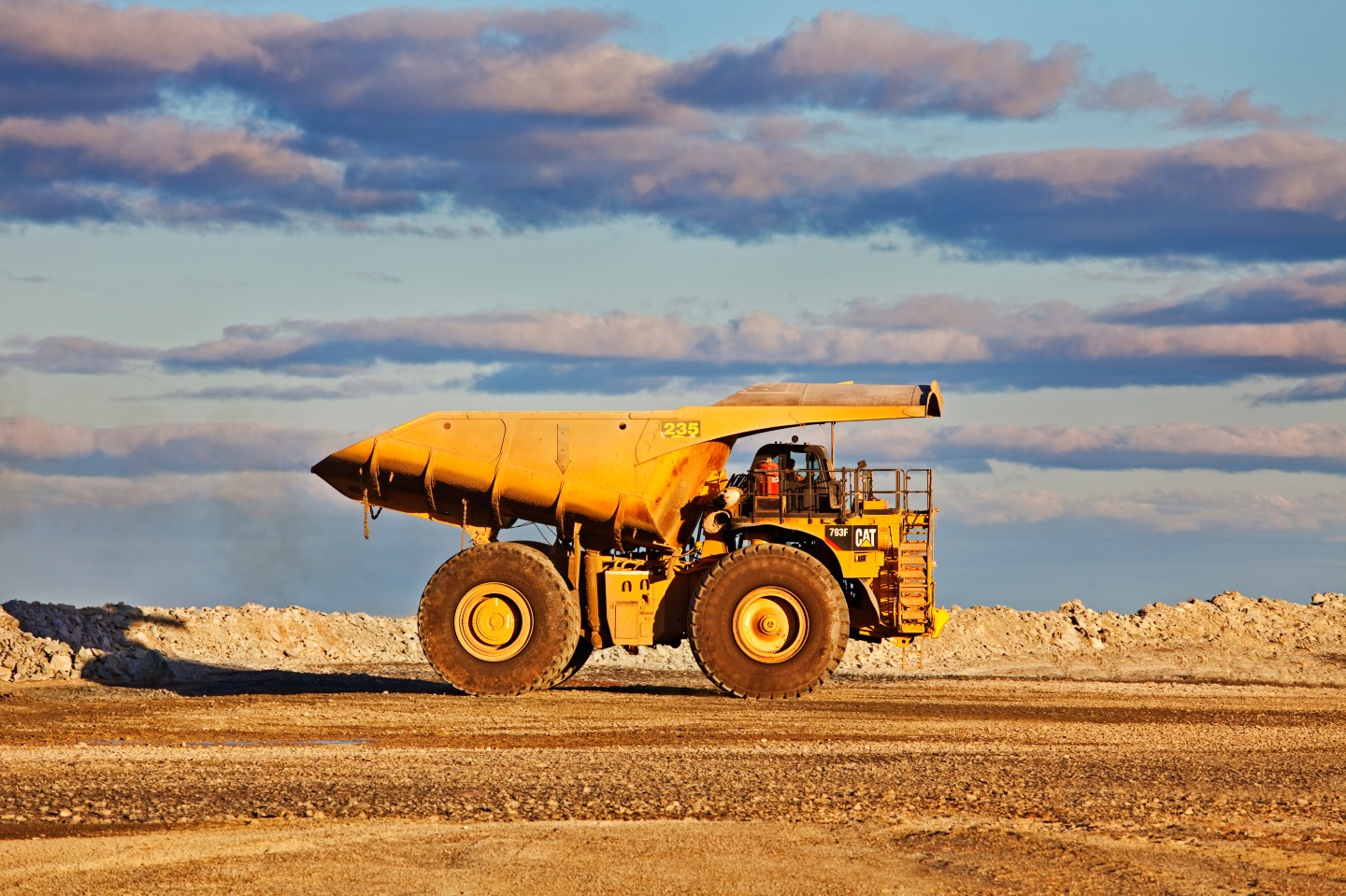 A gold mine in Western Australia.
Photograph by John W Banagan—Getty Images

Top global miner BHP Billiton slashed its interim dividend by 75% on Tuesday, abandoning a long-held policy of steady or higher payouts as it braces for a longer-than-expected commodities downturn.

The end to BHP‘s so-called progressive dividend policy came as the world’s biggest diversified miner slumped to a net loss of $5.67 billion for the six months to Dec. 31, its first loss in more than 16 years.

“We need to recognize we are in a new era, a new world and we need a different dividend policy to handle that,” Chief Executive Andrew Mackenzie said on a media call, warning of a prolonged period of weaker prices and higher volatility.

The dividend cut to 16 cents was more severe than market expectations for a payout as high as 35 cents. BHP (BHP) pledged a minimum 50% payout of underlying profit going forward.

“Given months of anguish and market debate regarding the dividend, we expect that 16 cents while disappointing, is a cash flow positive and therefore will likely be absorbed by the market,” said Shaw and Partners analyst Peter O’Connor.

Mackenzie said the shift was part of a broader strategy to help BHP Billiton manage volatility.

Standard & Poor’s cut BHP‘s credit rating to ‘A’ from ‘A+’ this month and warned it might downgrade again if the company failed to take more steps to preserve cash and review its dividend policy.

“I can’t see (the ratings agencies) downgrading. They probably would have if the commodity outlook was still poor, but I think the outlook is starting to turn in BHP‘s favor,” said Fat Prophets mining analyst David Lennox.

Mackenzie also announced a revamp of BHP‘s corporate structure in a bid to simplify operations, creating U.S. and Australian mineral divisions in a move that will see its iron ore chief Jimmy Wilson and petroleum head Tim Cutt depart.

BHP shares rose 2.5% to $17.62 by early afternoon in a slightly weaker overall market.

Shares in close peer Rio Tinto (RIO) have risen some 9% since it swapped its progressive dividend policy for a payout ratio on Feb. 11.

“While the miss looks big in percentage terms, the numbers are quite frankly disappointingly low anyway,” said Shaw’s O’Connor, pointing to BHP‘s $100 billion asset base.

Despite the tough outlook, Mackenzie said BHP was still generating EBITDA (earnings before interest, tax, depreciation and amortization) margins of 40%, which is ahead of the reported figure of around 34% for Rio Tinto.

At today’s spot prices, the company would expect to generate $10 billion in operating cash flow for the year, he said.

BHP‘s results included an after tax charge of $858 million following a dam disaster in Brazil at its Samarco joint venture with Vale, which killed 17 people in that country’s worst environmental disaster.

A total of $6.1 billion of exceptional items included an impairment charge of $4.9 billion against the carrying value of its U.S. onshore oil and gas assets and $390 million for global taxation matters

Mackenzie said there were no immediate plans to expand shale operations in the United States, but BHP remained committed to the business.