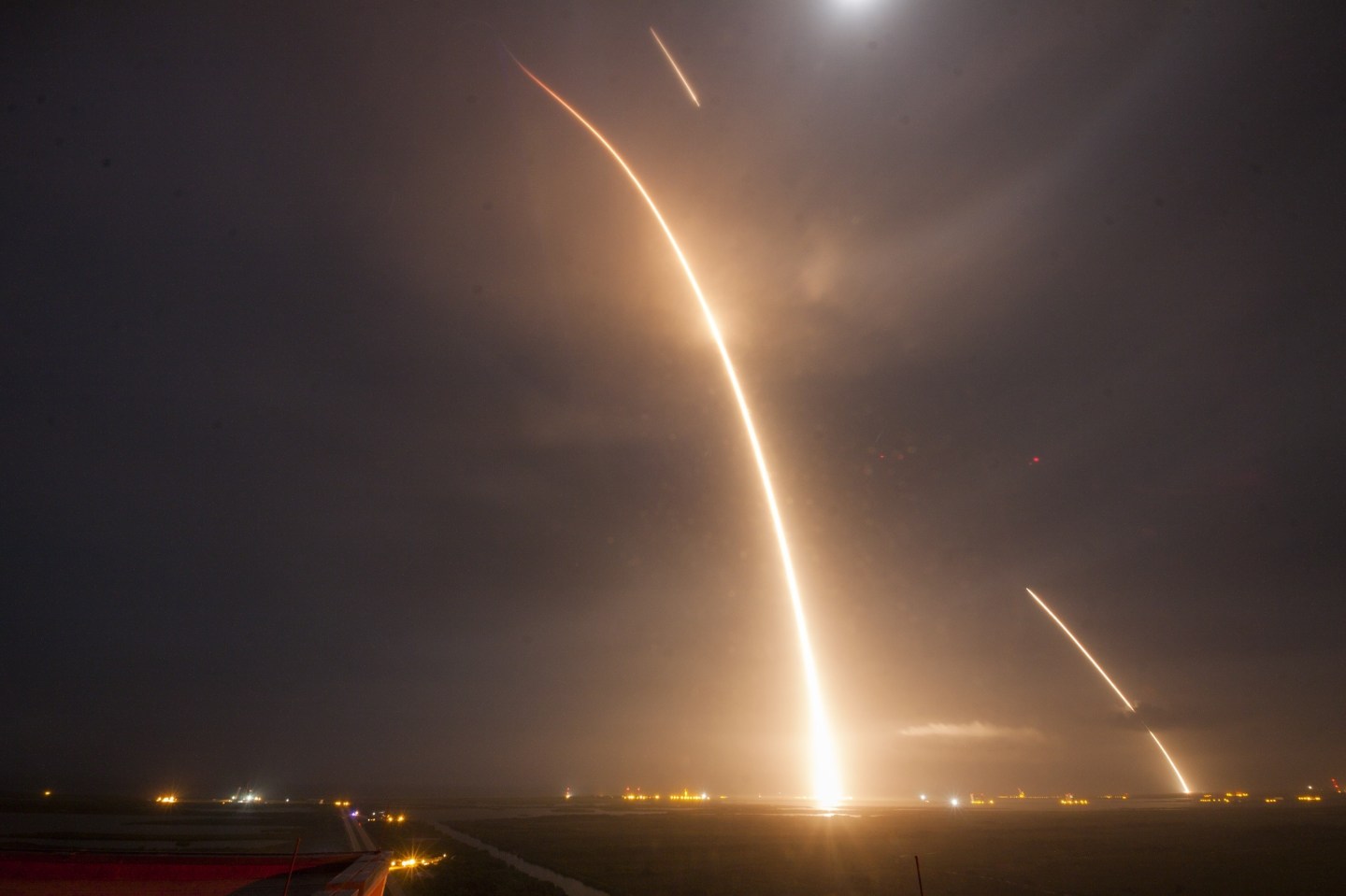 Venture capital firms invested $1.8 billion in commercial space startups in 2015, nearly doubling the amount of venture cash invested in the industry in all of the previous 15 years combined. A new report released by Virginia-based aerospace and defense consultancy The Tauri Group suggests that space startups turned a major corner in 2015, at least in the eyes of venture capital firms that are now piling money into young space companies with unprecedented gusto.

A handful of significant investments in space startups—defined in the report as angel- and venture-backed companies that have received seed, VC, or private equity investment—drove the industry’s banner year. Those included a $1 billion investment in Elon Musk’s SpaceX from Google (GOOG) and Fidelity, a $500 million funding round by satellite communications company OneWeb, and significant investments by Amazon founder Jeff Bezos in space launch startup Blue Origin. But the study also found that more than 50 venture capital firms invested in space companies in 2015, signaling that venture capital has warmed to a space industry it has long considered both too risky and too slow to yield returns.

“It’s really an unprecedented level of investment activity by non-space actors in space,” says Carissa Christensen, managing partner of The Tauri Group and adviser to several commercial space startups. “The core message is that its been a very large investment year for space, and particularly for these kinds of companies.”

From 2000 through 2015, space startups reeled in $13.3 billion in investment cash, including $2.9 billion in venture capital. A full $1.8 billion—or roughly two-thirds—of that venture capital was invested last year alone. The influx of all that VC cash suggests a shifting perception among investors, Christensen says.

Investment in space-related startups was once largely dominated by “advocacy investors” passionate about space travel (think Elon Musk) and corporations with strategic interests in Earth orbit (telecoms, satellite TV providers, etc.). Now, thanks to a handful of very visible successes from companies like SpaceX, a broader base of investors are looking at space startups as more traditional tech investments—the kind that rapidly bring a product to market and generate revenue in the relatively near term. Those products and revenues generally have less to do with space and more to do with information, Christensen says.

“SpaceX opened the door, but what really brought on the investment is data,” she says. A slew of space industry startups—companies like Spire, Planet Labs, Mapbox, BlackSky Global, and Orbital Insight—have attracted venture funds by positioning themselves along a space-based data supply chain, either by building and managing constellations (or future constellations) of small Earth-imaging satellites or by managing and crunching the data those satellites collect. Deployed in large enough numbers, these constellations can provide a regularly refreshing bird’s-eye views of the entire planet—data sets from which companies can monitor global economic activity.

For more on the commercial space industry, watch:

Investors see a lot of untapped value in those data sets, and coupled with the falling cost of small satellite components that value is changing investor attitudes toward young space startups. The question going forward, Christensen says, is which companies can move beyond their current pre-revenue stage and begin providing the kinds of returns on investment venture capital firms expect.

“Some people have made money through high valuations, but no one has yet made money just by making money—by selling product,” she says. “That’s why it’s a really exciting time to see how these companies perform. Now the interesting question is going to be: How does this play out in terms of who delivers and when?”