How Blue Origin Is Disrupting the Aerospace Industry 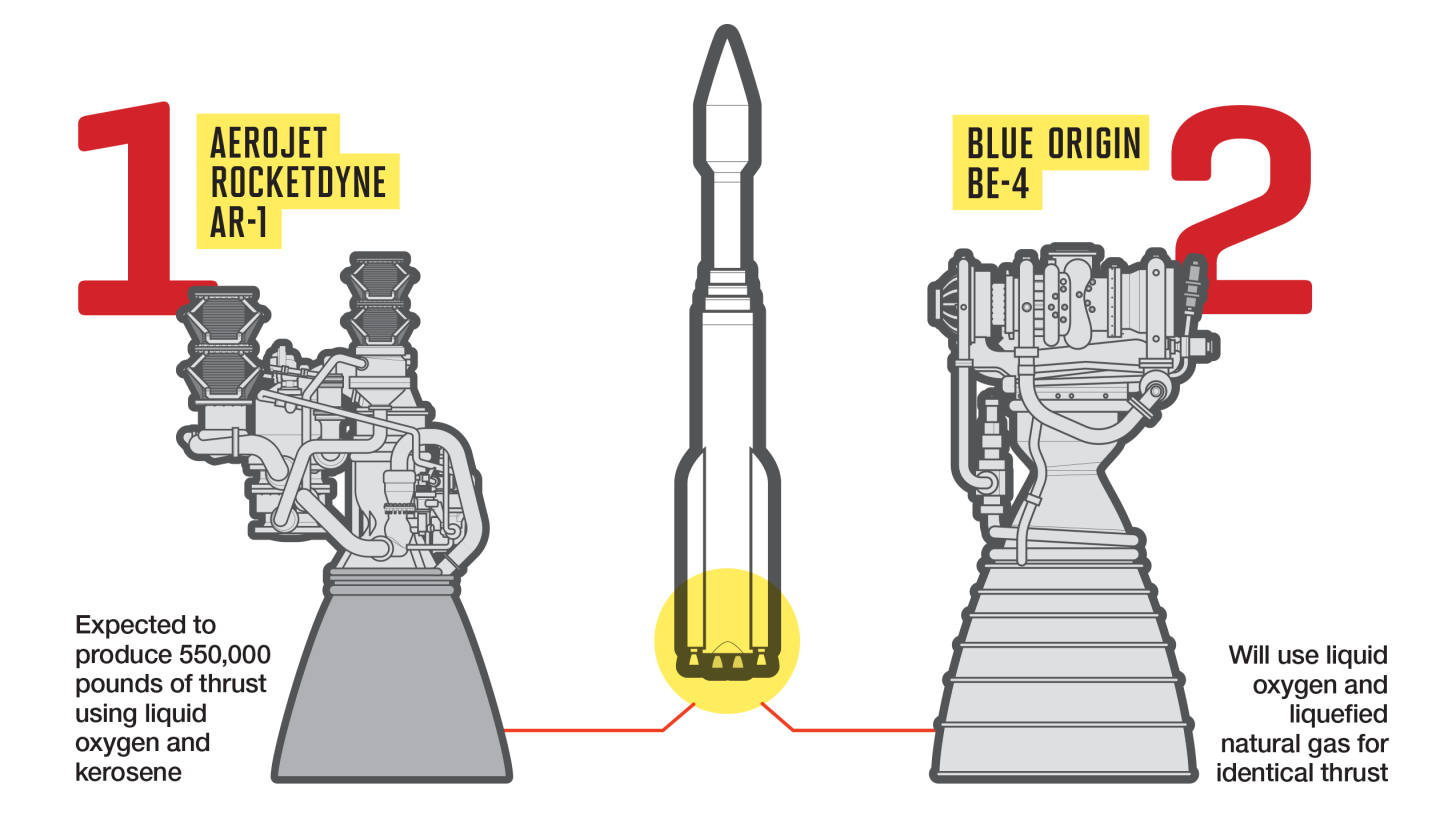 When Congress restricted the import of Russian RD-180 rocket engines following Russia’s annexation of Crimea last year, United Launch Alliance found itself in a bind. ULA, a joint venture between Boeing (BA) and Lockheed Martin (LMT), now had a dwindling supply of cores to power its Atlas V rocket. Without it, the U.S. Air Force would have no way to launch the Pentagon’s most sensitive satellites.

So ULA and the Air Force went looking for an American replacement. Aerojet Rocketdyne, a venerable propulsion expert that played a key role in the 1950s space race, proposed to build ULA a new rocket engine, the AR-1. But the Alliance instead chose Blue Origin, a space company that until Nov. 23 hadn’t launched anything into space.

In late 2014 ULA and Blue Origin agreed to co-develop the Blue Engine 4 (BE-4) to replace the RD-180, declaring Aerojet’s AR-1 a backup. Cost played a decisive role: Developing the AR-1 would require $1 billion, much of it from taxpayers, while the BE-4 is privately funded by Blue Origin.

It’s also about optics. “Newspace” companies like Blue Origin, which was founded in 2000 by Amazon (AMZN) CEO Jeff Bezos, and SpaceX, founded in 2002 by Tesla Motors (TSLA) CEO Elon Musk, are supplanting legacy aerospace behemoths in the commercial space business. Coupling itself with Blue Origin is one way for ULA to gain entrée to the cool kids’ table.

The decision could push Aerojet Rocketdyne to the fringes of a market it helped create. The company is still developing the AR-1 at its own expense, and vice president Julie Van Kleeck says Aerojet is confident that the AR-1 will power ULA’s next-gen rockets. This is rocket science, after all. Blue Origin still has to produce a product that works.

“The competition forces us all to push the envelope,” Van Kleeck says. “But building rocket engines is a very unforgiving business.”

A version of this article appears in the December 15, 2015 issue of Fortune with the headline “Defying Gravity.”