Why Hollywood Is Still a ‘Straight White Boys Club’ 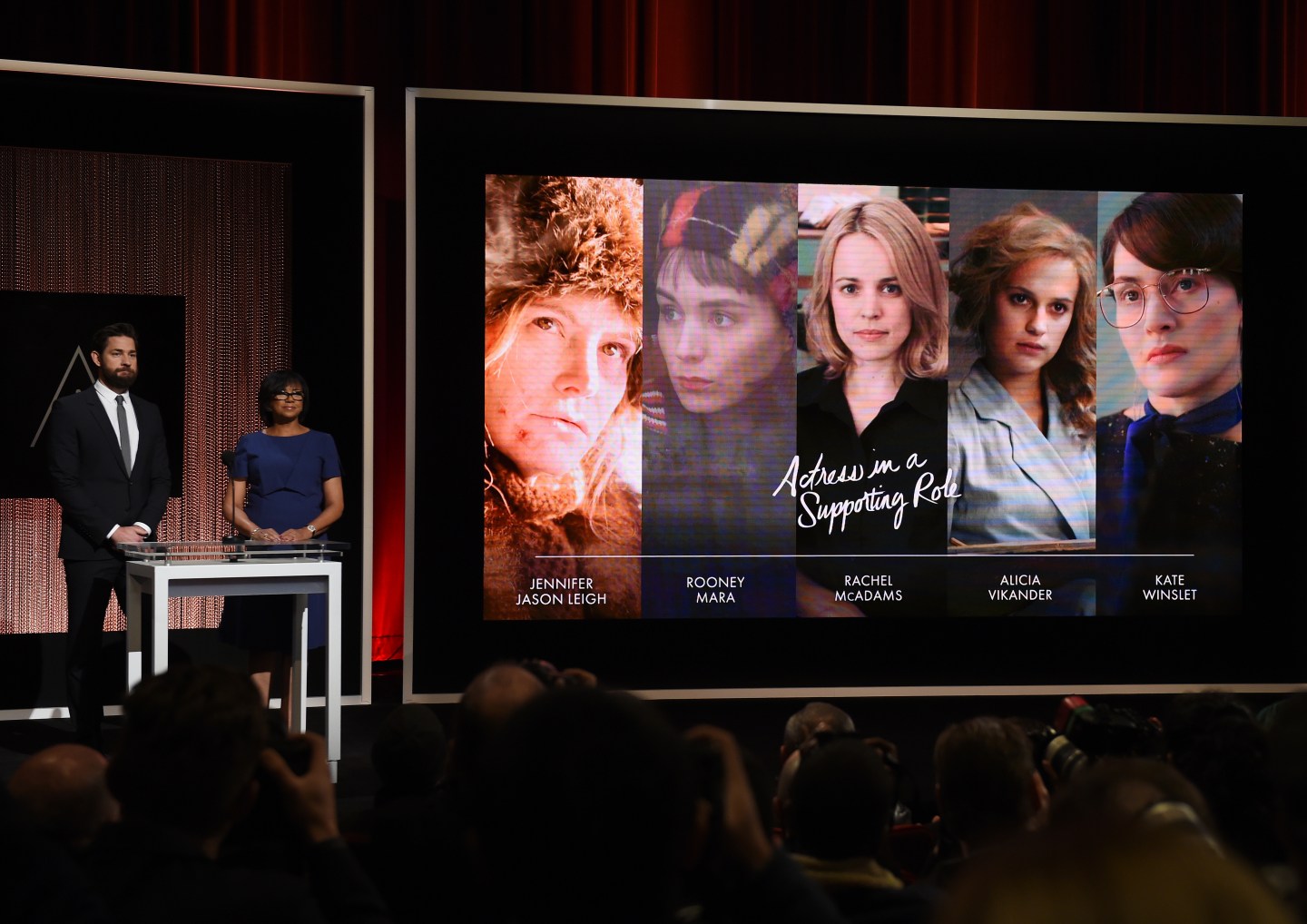 A screen showing the Oscar nominees for the Best Actress in a Supporting Role is announced by actor John Krasinski and Academy President Cheryl Boone Isaacs during the Academy Awards Nominations Announcement at the Samuel Goldwyn Theater in Beverly Hills, California on January 14, 2016. The 88th Oscars will be held on February 28 at the Dolby Theatre in Hollywood. / AFP / MARK RALSTON (Photo credit should read MARK RALSTON/AFP/Getty Images)
Photograph by Mark Ralson—AFP/Getty Images

When it comes to including women, minorities, and LGBT people in all aspects of production, Hollywood gets a failing grade, according to a new study.

The report says the film industry “still functions as a straight, white, boys’ club,” and is going through an “epidemic of invisibility” that has permeated 10 major media companies, including Disney (DIS), 21st Century Fox (FOX) and Netflix (NFLX).

The study, conducted by the Media, Diversity and Social Change Initiative at the University of Southern California’s Annenberg School for Communication and Journalism, is one of the most wide-ranging studies on diversity in Hollywood, and it comes weeks after the #OscarsSoWhite hashtag was created in response to no actors or actresses of color being nominated for an Academy Award for acting for two consecutive years.

“The prequel to OscarsSoWhite is HollywoodSoWhite,” Stacy L. Smith, a USC professor and one of the study’s authors, told the AP. “We don’t have a diversity problem. We have an inclusion crisis.”

Across 109 films released by major media companies in 2014, every film company earned a failing score on inclusivity based on the percentage of women, minorities, and LGBT characters on screen and behind the scenes. No film distributor earned a final inclusion score above 25% across all tests, as seen in the charts above.

The problem in the film industry, and how it affected the controversy surrounding the Academy Award nominations, is further highlighted when compared to their TV counterparts. Across 305 scripted TV or digital series, the inclusion rates were generally much better. Walt Disney and the CW Network fared relatively well in including women and minorities in the production of their shows.

In total, the study found that 28.3% of all speaking characters were from underrepresented racial/ethnic groups, a number that is 9.6% below the minority proportion in the U.S. population. Across the 11,306 speaking characters evaluated, only 33.5% were female, and when the evaluation looks at characters above the age of 40, women accounted for just 25.7% of those roles.

It leads to what the study concludes as a “whitewashed” Hollywood. “When we start to step back to see this larger ecology, I think we see a picture of exclusion,” Smith told the AP. “And it doesn’t match the norms of the population of the United States.”