Why the Woman Behind #OscarsSoWhite Is Still Boycotting the Awards 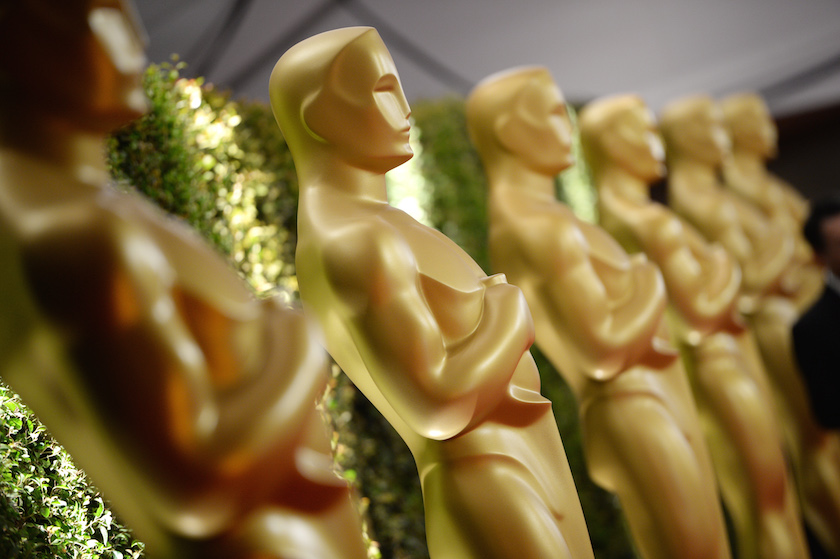 The #OscarsSoWhite hashtag was created in my family room in January 2015, moments after I realized that none of the twenty actors and actresses nominated for an Academy Award for acting were people of color. My first tweet was: “#OscarsSoWhite they asked to touch my hair.”

#OscarsSoWhite they asked to touch my hair. 😒

I had no idea that I would soon find myself speaking with journalists from across the globe, and that some of my favorite actors and actresses would be publicly discussing an issue, buoyed, in part, by my words.

The frustration in that initial tweet is indicative of an unfortunate reality: A year later, the hashtag still applies. Once again, no actors or actresses of color were nominated in 2016. And even when nominated movies do focus on people of color—such as the box office smash Straight Outta Compton, a contender for best original screenplay, and What Happened, Miss Simone, nominated for best documentary feature—the potential winners (screenwriters and director, respectively) are white.

This isn’t merely a race issue. It is a representation issue. The movie Tangerine, about two trans women, was overlooked by the Academy. Yet Eddie Redmayne, a straight man, was nominated for his performance as a trans woman in The Danish Girl. Why couldn’t a trans woman have played that part? Similarly, the movie Carol is about two women who have an affair, but neither actress is a lesbian. While both Blanchett and Mara were splendid, one wonders if the movie would have been even more engaging had a LGBTQ actress had the opportunity to reference her own experiences in the role.

Given the Oscars’ lack of recognition of people of color and others marginalized communities, other awards have been created to ensure that quality work is feted. The NAACP Image Awards, the ALMA awards, the GLAAD Awards, the BET Awards, and others celebrate the achievements that are not lauded in the “mainstream.”

This isn’t exclusionary—it’s survival. These awards ensure that marginalized communities support themselves and highlight superior work. For those who say that they are somehow segregationist, consider the following: Sam Smith won the Best New Artist award at the BET Awards last year. Steven Spielberg has won the NAACP Image Award Vanguard Award. Eminem has been nominated for a BET award five times, Justin Timberlake, eight times. Then ponder this: In more than 80 years, black women have secured only 10 Oscar nominations for a Best Actress.

Still, for better or worse, the Oscars continue to be seen as the pinnacle of achievement in film. And whether you’re a fry cook or CEO, you want to be recognized for a job well done by your peers. Actors, actresses, and filmmakers are no different.

No longer will an Academy member be able to vote if he or she has not been active in the film industry for over a decade, unless they meet other specific criteria. Three new governors seats, nominated by the Academy president, will be added to the board. The Academy also hopes to double its membership of women and diverse members by 2020.

I am encouraged by these initiatives, and by the fact that the decision to implement them was unanimous, indicating the Academy Board’s commitment to tackling these issues. I also applaud the president for taking the lead on this issue. Change is never easy, especially when one is upending the status quo that has been in place for over eighty years.

But the issues with respect to diversity, inclusion, and representation do not rest solely with the Academy. Academy voters can only nominate quality films that are made. The onus must be placed by the Academy and moviegoers alike on Hollywood studio executives to greenlight films that reflect the beauty, diversity, and nuance of all Americans. It is imperative that moviegoers have the opportunity to see films featuring faces that look like theirs, and where experiences they recognize are portrayed.

The Oscars don’t represent me, so they will not receive my representation—in the form of my viewership—this February. Instead, I will be engaging in counter-programming, just as I, and others, did last year, when the Oscars received their lowest rating in six years. If you are disappointed with the lack of representation of people of color and marginalized communities, with the lack of diversity in film, I invite you to join me and turn off your TV on Oscars night.

April Reign practiced law for over twenty years, but it wasn’t until she walked away from her legal practice that she found her true passion. Now, as Managing Editor of BroadwayBlack.com and Editor at Large of NU Tribe Magazine, April is able to capitalize on her strengths and pursue her calling, using her voice to spark dialogue and explore issues of race, politics and culture.