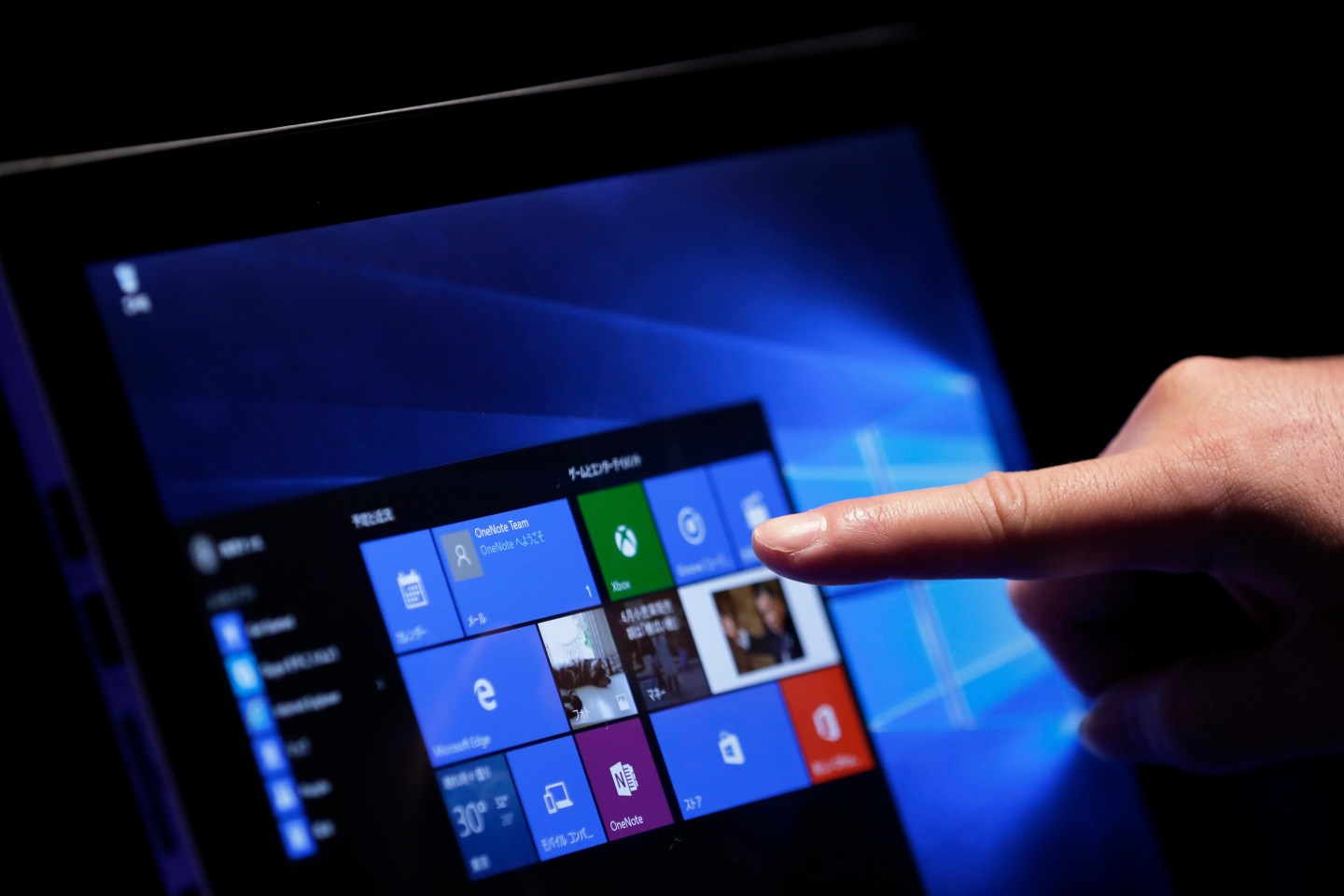 Windows 10 got a boost this week from the U.S. Department of Defense, which has committed to upgrading 4 million machines running older versions of the Microsoft operating system to the latest version.

Microsoft (MSFT) made the news official this week in a blog post saying that the Secretary of Defense’s CIO, Terry Halvorsen, has told all DoD agencies to start deploying the latest OS to all their existing Windows machines, including laptops, desktops, and mobile devices. This was characterized as a rapid deployment, but it’s unclear how rapid that actually will be.

The new operating system, which represents Microsoft’s bid to offer a unified look and feel across tablets, smartphones, and PCs, started rolling out in July. As of January, Microsoft claimed it is running on 200 million devices worldwide.

That’s a big number, but the adoption rate is not impressing everyone. Computerworld, for example, recently used its own numbers and some third-party stats. Its verdict? Windows 10 pickup is so-so, even since Microsoft started pushing out Windows 10 updates to people running older versions of Windows last month.

NetMarketShare numbers put Windows 10 share at 11.85% of all desktop operating systems and show six-year-old Windows 7 to be the biggest Windows out there with 42.97% share. Those same numbers show various flavors of Apple (AAPL) Mac OS at just over 6%, although Apple’s alliance with IBM (IBM) and Cisco (CSCO) may give it more traction in big accounts.

To be sure, inertia is hard to beat and even the 11.85% number is nothing to sneeze at. (Full disclosure: This reporter still has an HP Pavilion running the much-lamented Windows Vista that sank like a stone.) And there is quite a bit of chatter from people still running Windows XP, a solid but aged version of the OS (it debuted in 2001). According to NetMarketShare, XP holds 42.24%, share, just edged out by Windows 7.

If old, unpatched software equals insecure software, that’s a problem and is one reason Microsoft is pushing these upgrades so hard.