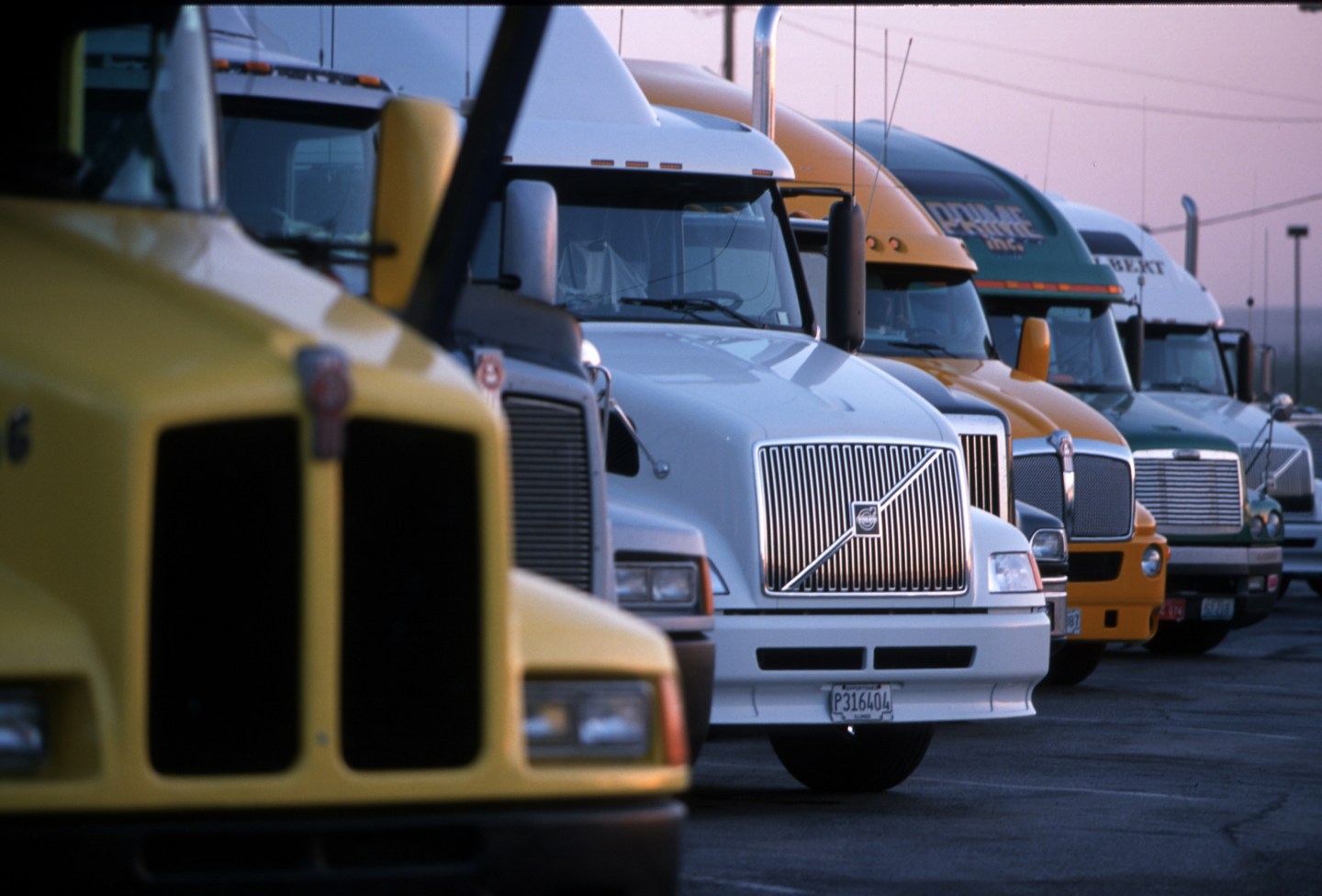 Tractor-trailer rigs are parked at the Petro truck stop May 29, 2000in El Paso, TX.
Photograph by Joe Raedle — Getty Images

Lytx, the leading maker of cameras for monitoring truck drivers, will be acquired by the Chicago-based private equity firm GTCR for a cash payment of $500 million. Lytx’s venture funders have included Insight Venture Partners, JMI Equity, and Menlo Ventures.

Founded in 1998, Lytx initally focused on providing monitoring for passenger vehicles, later offering a system recording driver behavior during unusual road events and then transmitting footage back to Lytx for analysis. For trucking companies, this provides potentially useful legal evidence because while car-truck collisions often result in large settlements, truckers themselves are at fault in only 30% of accidents.

In announcing the acquisition, Lytx said its current leadership will remain in place while expanded resources would help them provide a broader range of services. The acquisition is expected to be finalized by the end of March.

As Fortune reported last spring, cameras used to monitor truck drivers are experiencing fast adoption in the trucking industry. Last year, Lytx added 102,000 new systems across 365 companies. That included one of the largest contracts to date in the category, installing cameras in more than 6,000 trucks owned by Swift Transportation. The company provides ongoing services on a subscription basis and says it signed $200 million in new contracts in 2015 – 80 percent more than in 2014.

That’s one heck of a year, but Lytx does face two potential headwinds. First, while they’re like catnip to fleet owners, truck drivers truly hate driver-facing cameras, which they say invade their privacy and compromise the solitude that drew many of them to the job in the first place. So far, operators like Swift haven’t responded to those concerns in any very concrete way, and a concerted backlash by drivers could conceivably push the cameras out of favor.

Second, Lytx’s driver cameras are almost certainly a transitional technology as the trucking industry is moving inexorably towards automation and, eventually, self-driving trucks. The National Highway Traffic Safety Administration is currently considering mandating automatic emergency braking systems in trucks, and Daimler is already demonstrating fully-automated trucks. With a broad consensus that self-driving passenger vehicles could be on the road by 2020, trucks can’t be far behind – and an artificial intelligence doesn’t need a camera keeping an eye on it.

For more on transportation technology, watch our video.

Lytx has taken some steps that help prepare it for that shift, including an add-on to its camera system that provides drivers with alerts when they stray out of their lane or follow another vehicle too closely. That detection and decision technology could be integrated into more advanced forms of automation or autonomous driving.