Several Witnesses in the Martin Shkreli Case Are Worried About Retaliation 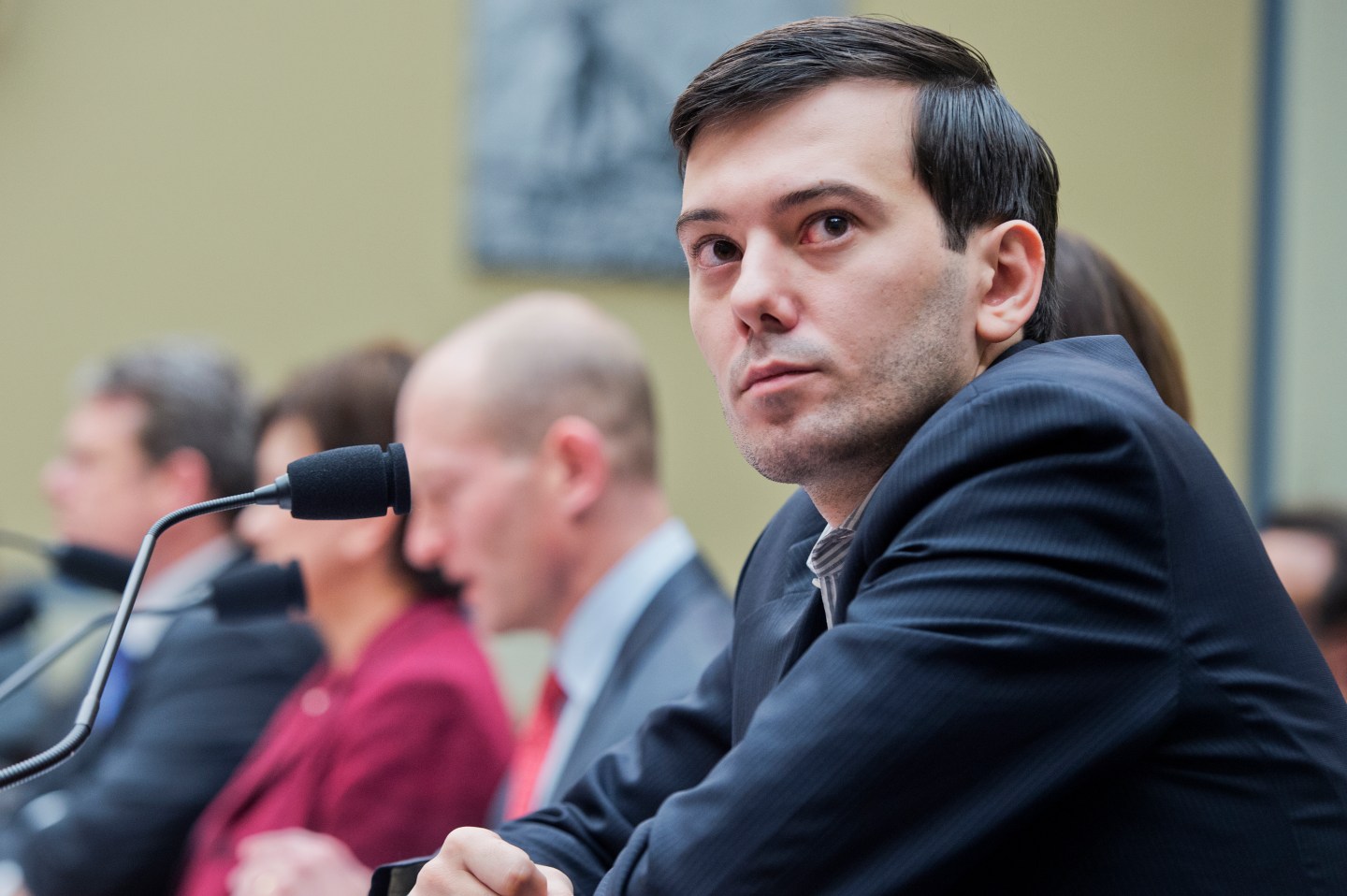 U.S. prosecutors said several witnesses in the criminal securities fraud case against notorious former pharmaceutical executive Martin Shkreli are concerned about retaliation and have received threats from him in the past.

Prosecutors cited the concern about witness intimidation in a brief filed late on Thursday in federal court in Brooklyn, N.Y., as they sought to delay a related Securities and Exchange Commission lawsuit.

The brief opposed a bid by Shkreli, 32, to take depositions and to obtain evidence in the SEC’s civil case, saying doing so would result in the early disclosure of information not normally available to defendants until late stages in criminal cases.

Among the reasons for putting the SEC case on hold, prosecutors said, was the “well-founded concern of witness intimidation based on defendant Shkreli’s past behavior.”

“While his keen ‘intellect’ can at times be intimidating to mere mortals, nothing else about [Shkreli] is intimidating at all,” Brafman said in an email on Friday.

Shkreli, who gained notoriety as the head of Turing Pharmaceuticals when it raised the price of a drug to treat a parasitic infection to $750 from $13.50, was indicted in December and sued at the same time by the SEC.

Both cases allege Shkreli engaged in a Ponzi-like scheme, defrauding investors in his hedge fund MSMB Capital Management and misappropriating $11 million in assets from Retrophin, where he was then chief executive, to repay them.

Shkreli has pleaded not guilty and denied wrongdoing.

In Thursday’s brief, prosecutors cited evidence that Shkreli, 32, “has taken steps to intimidate or threaten individuals in the past,” including by engaging in a “campaign of harassment” against a former Retrophin employee in 2013.

Several witnesses cited Shkreli’s harassment of that employee as the reason they believe he may retaliate against them, prosecutors said. Several also said Shkreli has previously threatened them in personal and business disputes, prosecutors wrote.

At least one witness told authorities that Shkreli, in early 2015 while knowing he was under criminal investigation, reached out to him or her “and suggested that the witness agree to a false version of certain events,” prosecutors wrote.