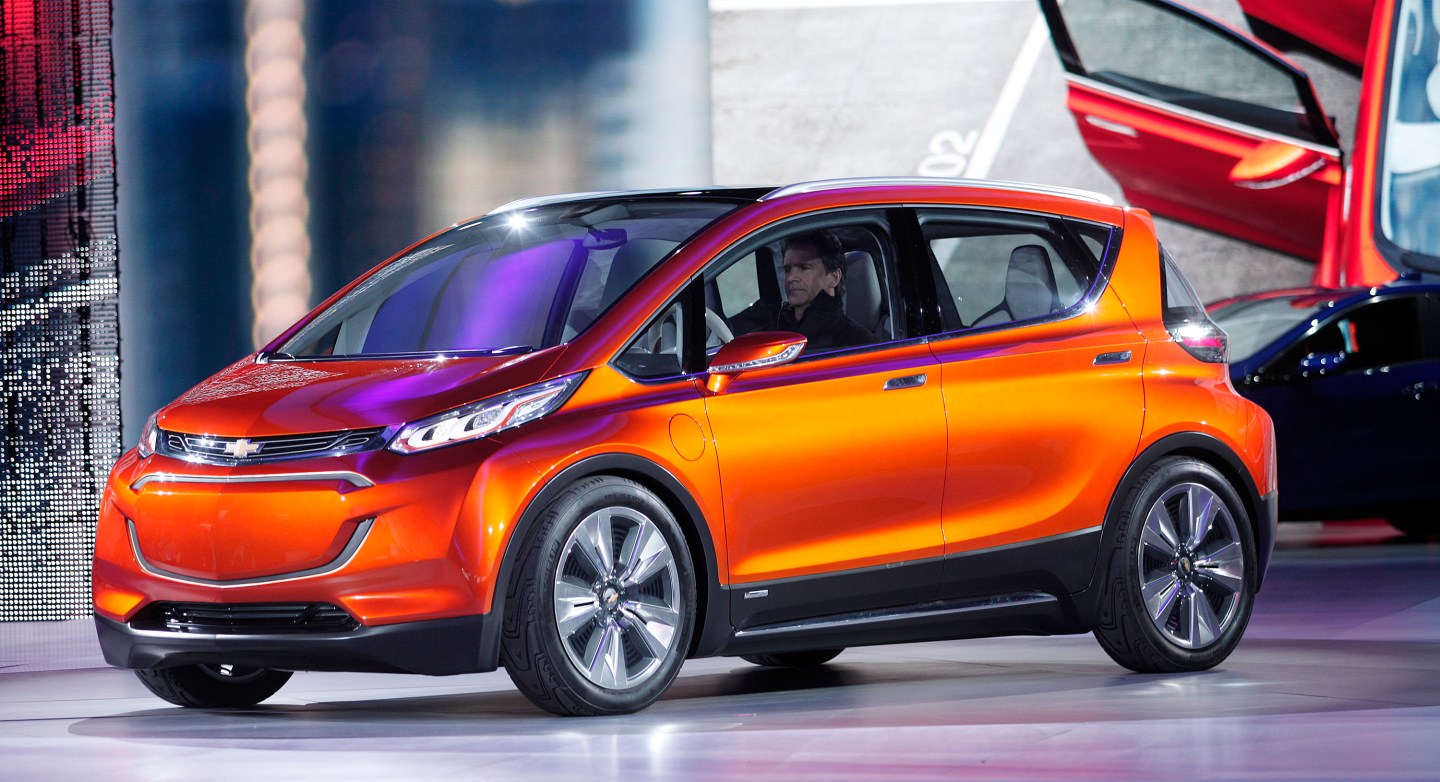 Half of the 8,600 designers and engineers who work on the products and controls that make GM cars and trucks move—literally—are involved with alternative and electric propulsion systems.

The statistic, which was disclosed as part of a larger announcement renaming the company’s powertrain division, illustrates the company’s shift over the past several years towards electric and plug-in hybrid electric cars and some dabbling in fuel cells as well. The automaker announced this week that after 24 years it was renaming GM Powertrain to GM Global Propulsion systems to better reflect its portfolio of vehicles.

“The new name is another step on our journey to redefine transportation and mobility,” Mark Reuss, executive vice president of global product development, said in a release.

To be clear, the vast majority of the 9.8 million vehicles GM (GM) sold globally in 2015 are gas powered. And the important word in its employee statistic is “involved,” which means half of its workforce touches alternative or electrified products in some way. It doesn’t mean that half is dedicated solely to electric or hybrid systems. For example, an engineer could spend as little as 5% to 10% of his or her time on a specialized belt for a belt alternator starter hybrid system while a battery development engineer dedicates 100% of their efforts to electrification, GM spokesman Tom Read says. He didn’t have a figure of how many are dedicated 100%.

But in recent years, the Detroit-based automaker has increased its investment and resources in the design and production of electric vehicles and plug-in hybrids, even though sales are consistently outpaced by the company’s gas-powered SUVs, crossovers, and trucks.

It’s a development that would be considered surprising just seven years ago when GM, criticized for being a slow, out-of-touch behemoth, filed for bankruptcy and was then bailed out by the U.S. government.

GM’s portfolio isn’t chock-o-block full of hybrids and all-electric vehicles. Still, the options have steadily ramped up in the past five years. In late 2010, the plug-in hybrid Chevy Volt hit the U.S. market. The Chevy Volt did see a drop in sales in 2015. However, sales surged towards the end of the year—and the streak continued in January—due to demand for the next generation 2016 Chevy Volt. GM reported a 41% increase in deliveries in January, compared to the same month last year.

GM’s next big electric vehicle project is the Chevrolet Bolt EV, which was introduced as a concept in 2015 at CES, the annual consumer electronics show in Las Vegas. GM Chairman and CEO Mary Barra returned to CES this year to show off the production model of the Chevy Bolt. The Chevy Bolt will have a 200-mile range and is expected to cost around $30,000 after government clean energy incentives. The battery pack is incorporated into the car’s chassis and is mounted beneath the passenger cabin, allowing designers to give the Bolt a flat interior floor. The battery will reach an 80% charge in around 60 minutes—or about twice as long as Tesla Motors’ supercharger. In February, Barra unveiled a similar electric car, the Opel Ampera-e, for Europe.

Tightening emissions laws are providing much of the motivation for major automakers, GM included, to develop electric vehicles. But the automaker also says it sees an opportunity to use the plug-in hybrid Chevy Volt, and possibly even the Chevy Bolt, as self-driving vehicles that can be used as an autonomous transportation-as-a-service.

Earlier this year, GM invested $500 million in ride-hailing app Lyft and purchased the remaining assets and technology of the now defunct ride-hailing startup Sidecar. The company says it wants to develop a network of self-driving cars within Lyft’s service that can shuttle passengers around town without a driver.