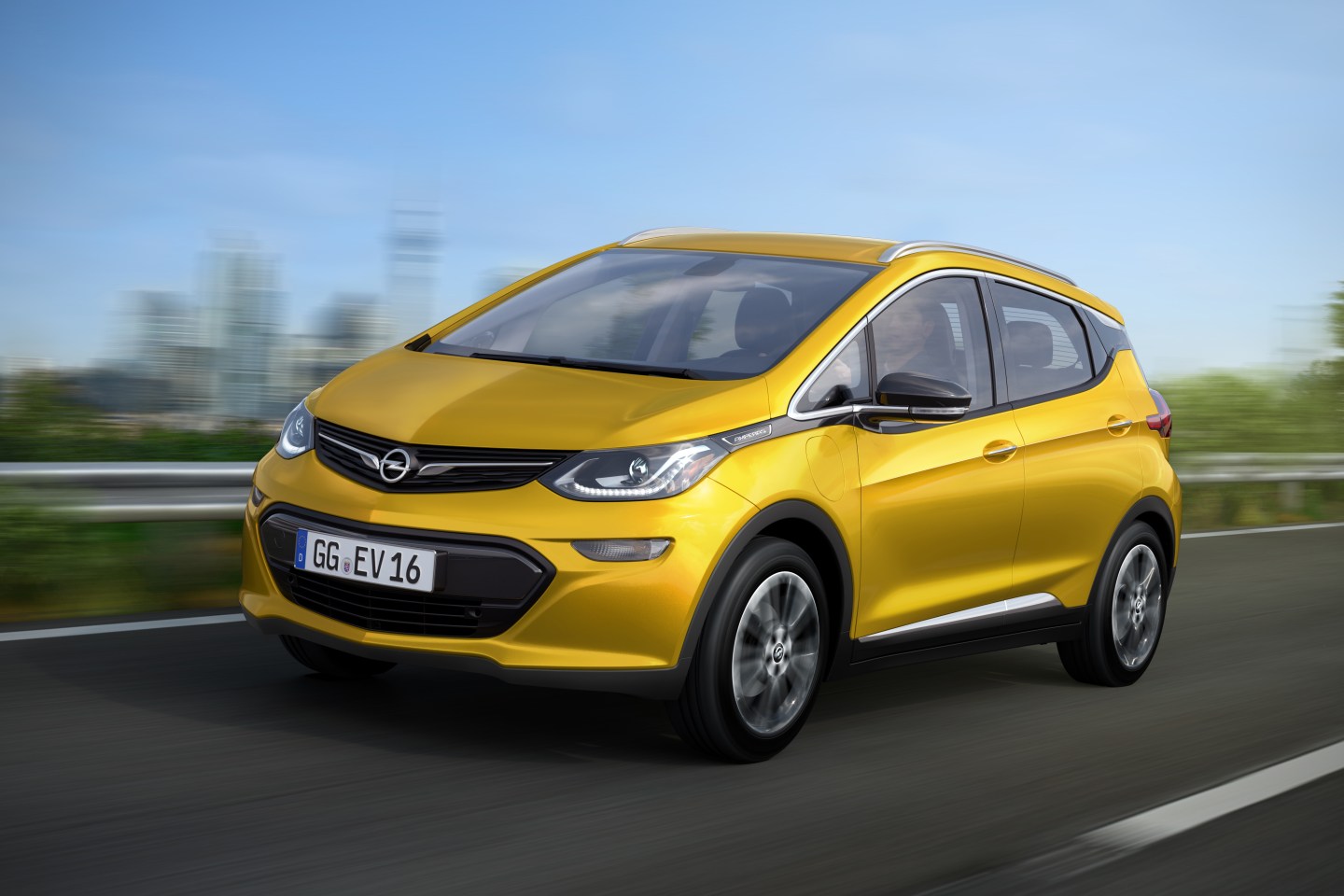 GM Chairman and CEO Mary Barra unveiled a new all-electric car for the European market on Thursday that looks very familiar. Strip off the branding and the new Opel Ampera-e could be mistaken for another GM nameplate, the Chevrolet Bolt EV.

Barra didn’t reveal the price or battery range of the Opel Ampera-e, which was introduced at the CAR Symposium in Bochum, Germany. But like the Chevy Bolt, it will be a five-seater hatchback, “affordably priced,” and have a “longer range than most other electric cars,” according to GM. The battery pack will be mounted flat under the vehicle floor—the same design as the Chevy Bolt.

GM (GM) has ramped up its efforts to produce electric vehicles and plug-in hybrids, even though sales are consistently outpaced by the company’s gas-powered SUVs, crossovers, and trucks. Electric vehicles are necessary for GM and other automakers to meet increasingly strict emissions laws. And GM sees the plug-in hybrid Chevy Volt, and possibly even the Chevy Bolt, as ideal self-driving vehicles that can be used as an autonomous transportation-as-a-service.

Earlier this year, the company invested $500 million in ride-hailing app Lyft and purchased the remaining assets and technology of the now defunct ride-hailing startup Sidecar. Eventually, GM wants to develop a network of self-driving cars within Lyft’s service that can shuttle passengers around town without a driver.

GM first introduced a concept version of the Chevy Bolt in 2015 at CES, the annual consumer electronics show in Las Vegas. Barra returned to CES this year to show off the production model of the Chevy Bolt.

The Chevy Bolt will have a 200-mile range and cost around $30,000 after government clean energy incentives. The battery pack is incorporated into the car’s chassis and is mounted beneath the passenger cabin, allowing designers to give the Bolt a flat interior floor. The battery will reach an 80% charge in around 60 minutes—or about twice as long as Tesla Motors’ supercharger.

Is the Chevy Bolt the only car you’ll ever need?

If GM treats its European nameplate the same as the Chevy Bolt, then it will have many high-tech features on the interior. The Chevy Bolt has a 10.2-inch touchscreen and inductive charging so you can power up your smartphone wirelessly. It will also be equipped with OnStar 4G LTE, which turns the Bolt EV into a Wi-Fi hotspot. Apple CarPlay and Android Auto, platforms that let drivers integrate their smartphones with the vehicle’s dashboard, is standard. The connectivity also lets GM add a gaming feature to the Bolt, so owners can compete with other EV drivers for eco-bragging rights on things like miles-per-charge and highest miles-per-gallon equivalent.