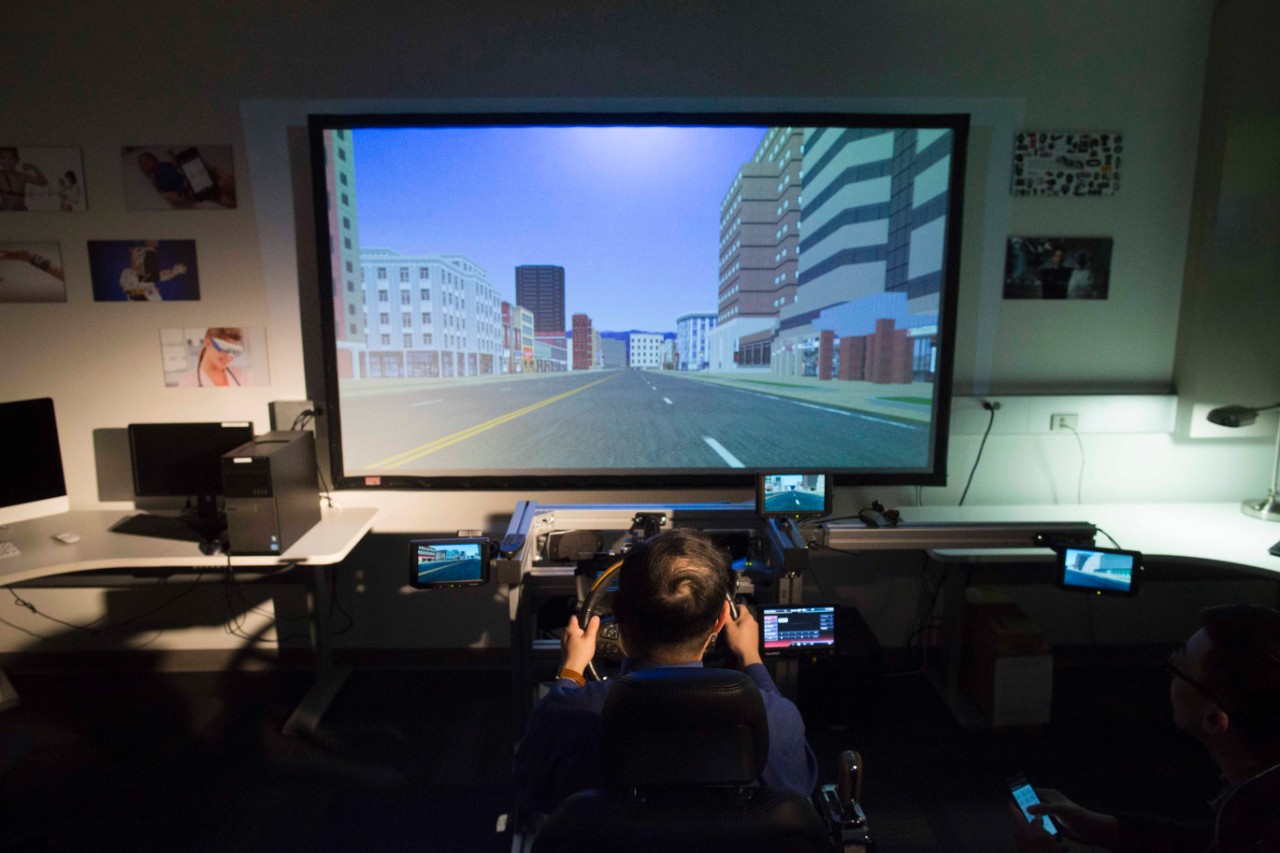 The smartwatches and fitness trackers we wear on our wrists can tell us information about our heart rate or how good a night’s sleep we got, and it’s just this sort of data Ford plans on using to make its cars of the future smarter.

About one year ago Ford (F) began laying the groundwork for its Automotive Wearables Experience Lab, which officially opened last month at the car company’s Dearborn, Mich., headquarters. It’s the first testing ground for the car company’s vision of integrating health and wellness platforms directly into its fleet of vehicles, in a way to both make the most of the time drivers spent idling in traffic as well as have the car take over for a driver in times of duress.

Ford is working to figure out what that will look like. Say a driver is in rush-hour traffic, and the fitness tracker she wears picks up a spike in her heart rate. It’s an indication of the driver’s increased stress level, but it’s also some real-time intelligence for her vehicle. If she’s using adaptive cruise control, the car might automatically increase the distance between her vehicle and the driver in front of her. If she typically takes phone calls while driving, the car might instead let incoming calls go straight to voicemail. The car is now doing anything it can to mitigate the driver’s higher stress level.

“So now the car is actually thinking: ‘What is the condition of the driver, and what can I do to help?’” says Gary Strumolo, global manager for vehicle design and infotronics for Ford Research and Advanced Engineering.

Other applications look promising to the wearables lab. A device that monitors sleep levels, for instance, could make a Ford vehicle’s lane-keeping assist function more sensitive if the device data shows the driver got a crummy night’s sleep—and therefore might be more likely to unwittingly drift out of his lane on the highway.

Strumolo says health data sent to the car in the future is strictly “transitory,” meaning a Ford vehicle would use health information in the moment, but wouldn’t store it in any way. Right now the wearables lab is evaluating the fitness devices available on the market and testing them using a driving simulator.

But these experiments that incorporate the health of the driver into how the car functions at any particular point in time are tests Ford has tried before with in-car and even in-seat sensors. The difference this time is using far less expensive wearable devices developed by other companies, which can work in any Ford vehicle with Bluetooth connectivity.

Of course, focusing on wearables also fits in nicely with Ford’s long-term vision for autonomous vehicles, which the car company introduced at the 2015 Consumer Electronics Show. A self-driving vehicle approaching a construction zone or accident site might need its human at the wheel to take over driving responsibilities for a short while, something that might be prompted by a vibration to the smartwatch.

For more on Ford watch our video:

But that’s all in due time.

“Our focus now is really on how we enable a driver to interact with the car in a valuable way,” Strumolo says. “And that’s by making sure people are conscious of their conditions so they can make good decisions when they’re operating the vehicle.”