Carl Icahn Is Facing an S&P Downgrade to Junk 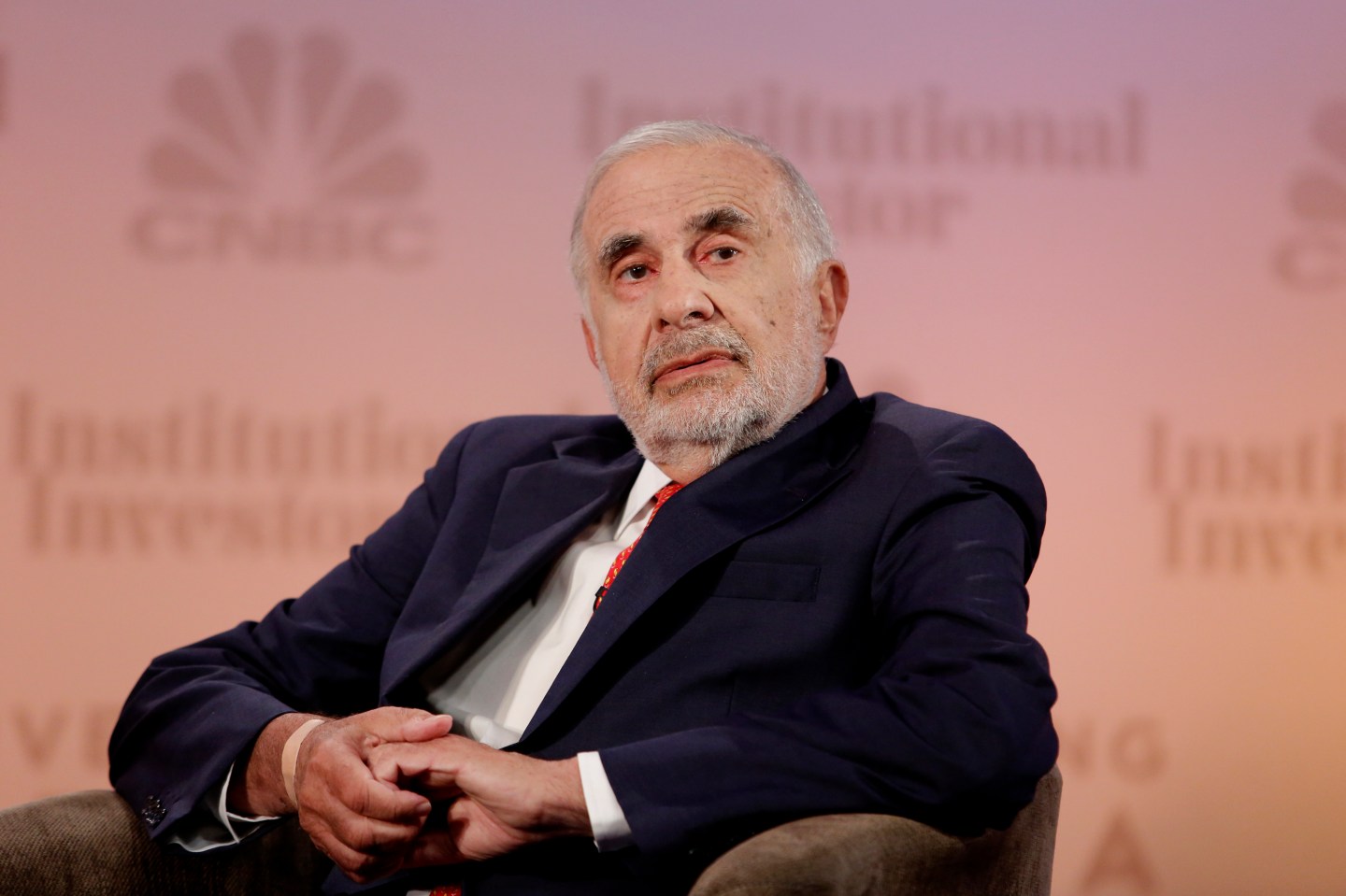 Ratings agency Standard & Poor’s warned on Friday it may cut the credit rating of billionaire investor Carl Icahn’s Icahn Enterprises (IEP) to junk status because the portfolio had suffered heavy losses in the last few months.

S&P put the company on “CreditWatch with negative implications,” the agency said in a statement.

The news hurt shares of Icahn Enterprises, which were down 5.7% in afternoon trading.

Icahn Enterprises has lost “at least $1.4 billion in value” since the end of September, S&P wrote in a statement, adding it thought Icahn’s hedge fund had lost money this year as markets around the world tumbled.

The credit-rating warning by S&P is certain to be a blow to Icahn, 80, who has been one of Wall Street’s most successful investors for decades and has said several times over the last months that he has no plans to retire any time soon.

Icahn has been on a tear lately. In January, he got Xerox (XRX) to split itself into two parts, and American International Group (AIG) launched a massive restructuring to fend him off.