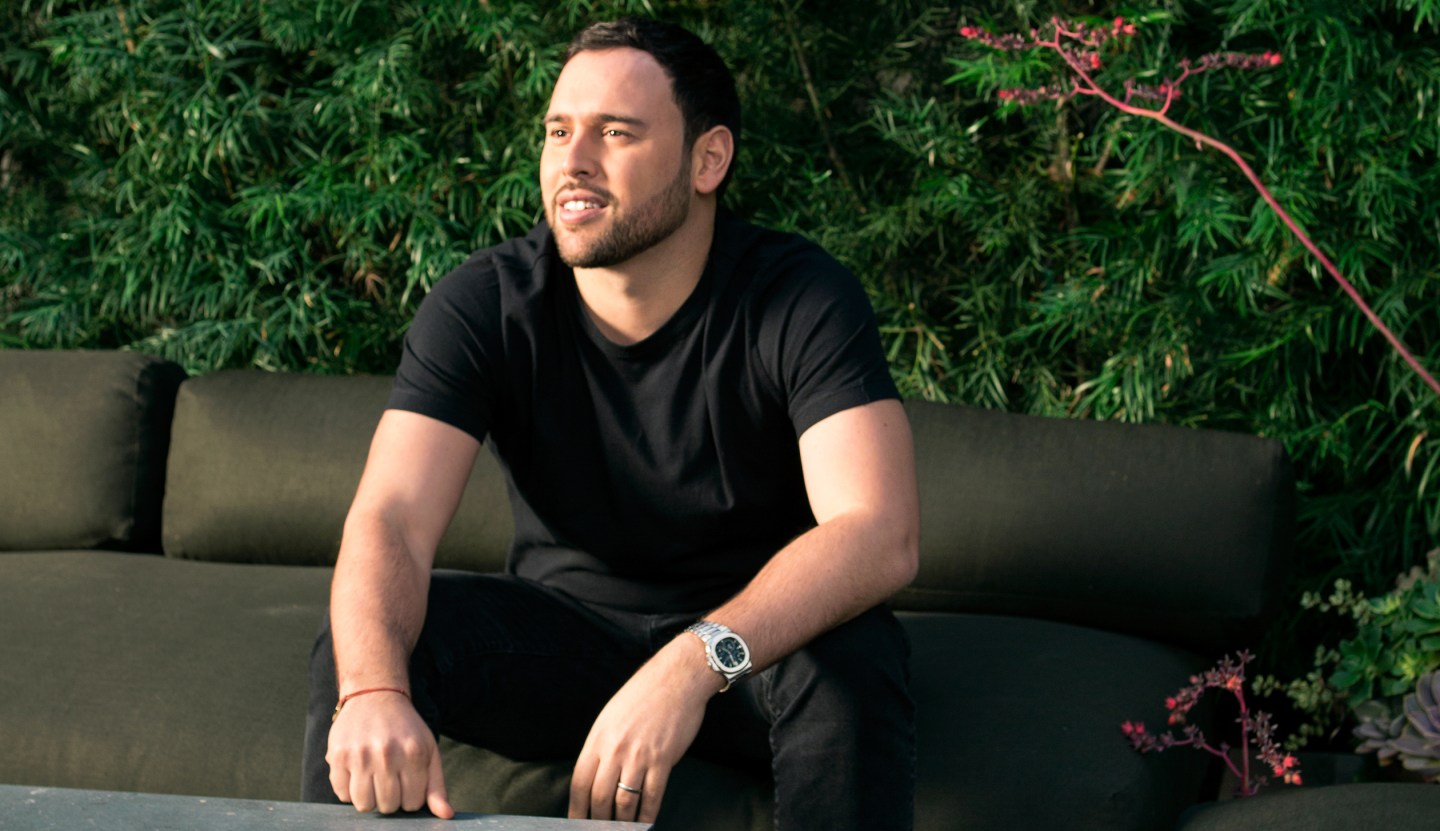 It’s just weeks before Justin Bieber is set to release his new album, Purpose, and the tracking numbers suggest a dogfight for No. 1 on the charts. Scooter Braun, Bieber’s manager since discovering the pop star on YouTube in 2008, can’t let this comeback fall flat. He calls an impromptu meeting in Los Angeles, where he suggests a series of “fan experience” events—part concert, part Q&A confessional—that would bundle tickets with album sales.

“I was overseas with Justin and kept asking Scooter what his plans were, and he said had been keeping quiet because he was thinking,” says Allison Kaye, president of Braun’s SB Projects. “Then, suddenly, there’s this awesome idea that just 1,000% makes sense.”

Braun quickly books the Staples Center, Bieber announces the event via social media, and Purpose goes on to have the best first-week sales of any album in more than a year.

It was just the latest masterstroke from Braun, a 34 year-old Connecticut native and Emory University dropout who has revolutionized the music industry by helping to put artists (and their managers) on equal footing with record labels.

“For a long time, it was a really lopsided state of power,” says Mike Chester, a former label executive who recently joined SB Projects as senior VP of marketing and promotion. “But I’ve been in so many meetings that seem to be about old approaches and why new things won’t work. Then Scooter would come in and shake up the whole thing and get the ball moving … And he’s the one with access to the artists, and that leverage has become a very powerful thing.”

The current SB Projects client roster reads like a who’s who of the Hot 100. In addition to Bieber, the group also manages such acts as The Black Eyed Peas, Tori Kelly, Karlie Kloss and Martin Garrix. It also has expanded into television and movie projects, such as the CBS prime-time program Scorpion and a Bieber concert film. In fact, the only thing that seems off the table is sports, with Braun saying that he’s too big a fan.

“For me it’s still pure,” explains Braun, who adds that he’s been approached by athletes seeking representation. “I’m living my dream, I’m like Spike Lee, sitting courtside. No amount of money is worth taking that away.”

And then there is something called Ithaca, which has been described in the media as a $120 million investment fund through which SB Projects has backed tech startups like Spotify and Uber. Fortune has learned that Ithaca is about much more than just venture capital; it also acts as a holding company for both SB Projects and previously-unreported ownership interests in seven of the country’s largest music management companies. (Braun declined to comment on the arrangements.)

Ithaca means that Braun’s influence (and earnings) are much stronger than previously known. It also doesn’t hurt that he’s carved out a massive social media following of his own, with more than six million Twitter and Instagram followers.

Braun says that his business hustle is inspired by his great-grandfather Irving Slavin, a Russian immigrant who eventually moved to the Catskills with his young family and just a few dollars in his pocket.

“He worked odd jobs and ended up building bungalows and managing the properties… And he used to go get Fortune every month and sit at the table, according to my grandmother, reading stories about entrepreneurs to them… He got to work hard and live out his dream. If his great-grandson can be in Fortune [for being an entrepreneur], well that’s pretty cool.”