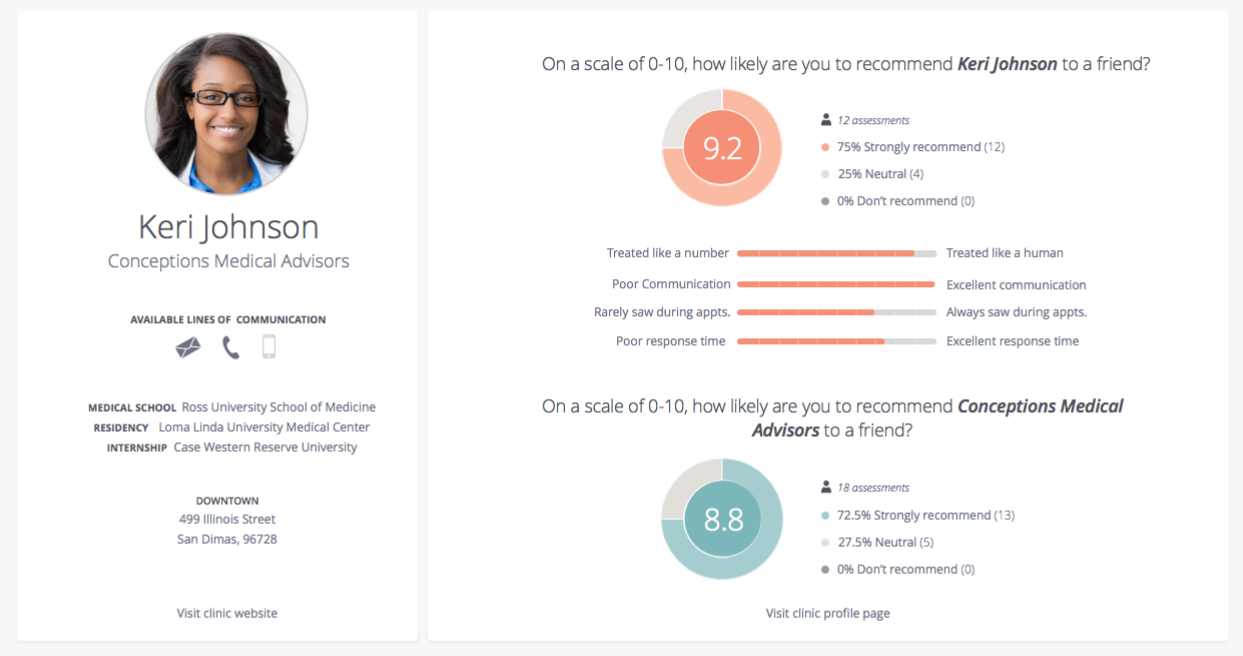 When Jake Anderson and Deborah Anderson-Bialis set out to find a fertility doctor three years ago, they were totally unprepared for how much time and emotion they would spend on their search. Going from doctor to doctor, clinic to clinic, they were “stunned” at the lack of information available.

“At the end of our saga, we felt that we had to go back and find out a way to help people figure out the good and the bad about fertility treatments,” says Anderson, a former partner at VC firm Sequoia Capital. “We had to do something.”

This “something” turned into a year-long project: first gathering patient reviews of fertility doctors and clinics around the country, then building an online platform to house all the information. The first iteration of the platform, called FertilityIQ, launched Wednesday morning.

The idea behind FertilityIQ is similar to that of popular review site Yelp—except instead of reviewing restaurants and nail salons, users review fertility doctors and clinics. The review process is also much more detailed and stringent than that of most other ratings sites: Members are required to answer a detailed questionnaire and submit proof that they were patients of the clinic they are reviewing.

While this requires a lot of reviewers, Anderson-Bialis, formerly the head of member experience at nutrition app Rise, says users are willing to provide the information because of the connection they feel with others who’ve been through the process. “People feel a huge amount of empathy for others that have to go through this,” she explains. Not only is it incredibly emotionally draining, fertility treatment is also a significant financial burden that can cost upwards of $60,000.

For now, access to the platform will be free and operations will be self-funded by the co-founders. The couple does not intend to charge doctors or clinics a listing fee, as other review sites do, and does not plan to seek ad revenue. “Our goal is to stay small and extremely effective. We’re happy to fund it ourselves,” says Anderson. In the future, it is possible that FertilityIQ will charge a membership fee, he says, but it would be waived in exchange for review submissions.

The platform currently has reviews of more than 400 clinics and 1,000 doctors—or about 90% of the clinics and 70% of the doctors that specialize in fertility in the U.S., according to Anderson. While the co-founders decline to share the total number of reviews that have been submitted on the site, Anderson says the decision to launch now was partially due to having achieved “enough of a density and breadth [of reviews] that we feel like we can help people.”

The other reason for launching at this time is a happy one: Anderson-Bialis is seven months pregnant with the couple’s first child.

“We feel as if we’re having our first baby now and our second baby in April,” she jokes.