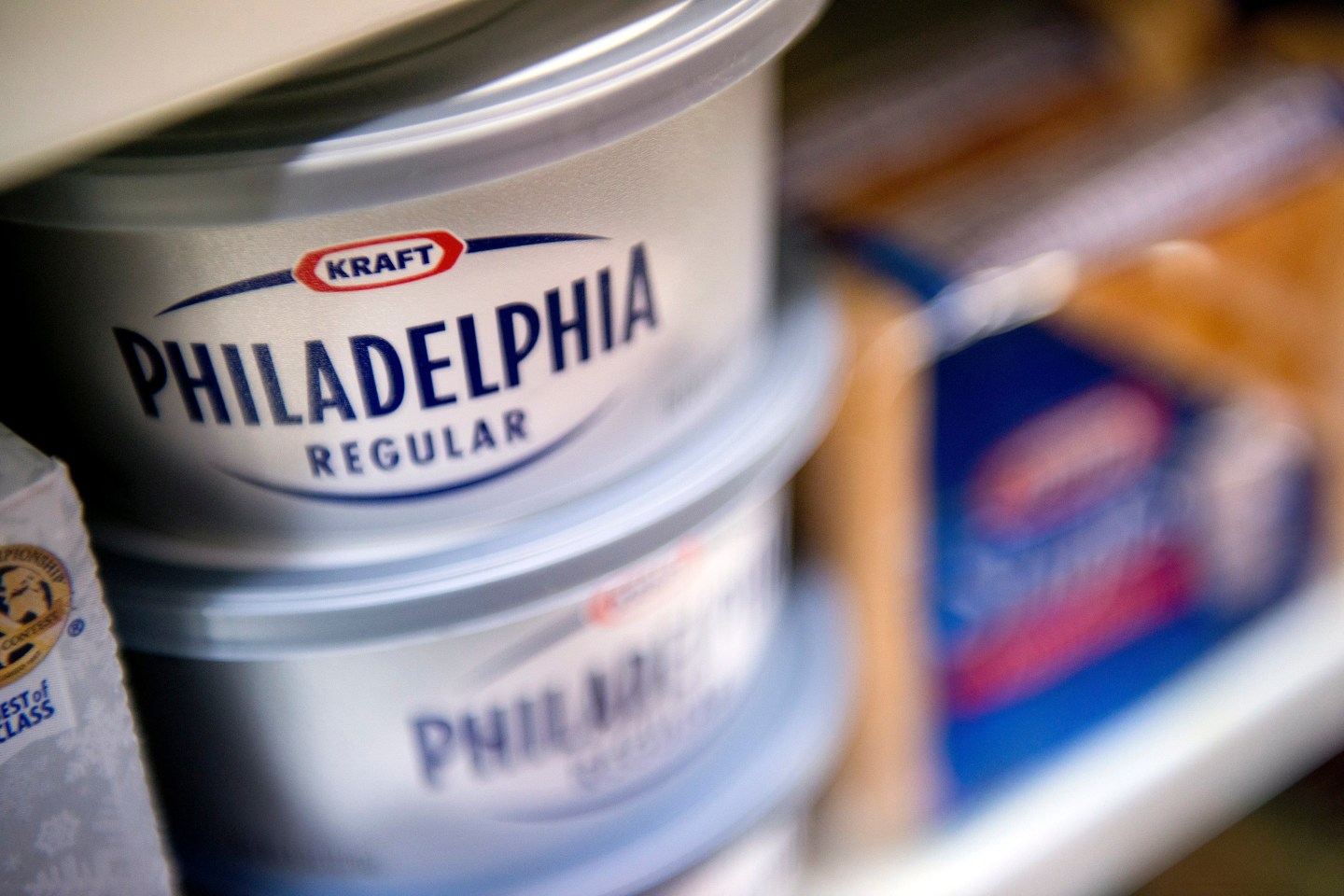 Mondelez International is reportedly looking to sell off its cheese and grocery division, including the unit’s largest brand—Philadelphia Cream Cheese.

Mondelez (MDLZ) transformed its grocery and cheese division into a standalone business last year, a move that was soon followed by rumors it would sell the unit. Chief executive Irene Rosenfield fielded those speculations by saying the company had no immediately plans to do so. However, those rumors have been reignited as The Sunday Times reports that Mondelez informed bidders the division will be up for sale next month as part of a $3 billion asset sell-off. JP Morgan and Goldman Sachs are said to be assisting in the sale.

Because Mondelez split from Kraft in 2012, the recently merged Kraft-Heinz owns the American rights to Philadelphia Cream Cheese and has the option to buy back the European rights. If not, there’s supposedly a lengthy list of companies waiting in the wings. According to The Drum, potential buyers include French dairy company Lactalis and two private equity firms, Advent International and Carlyle.

Mondelez has seen slowed growth for the past nine quarters. Unloading its cheese and grocery division could allow it to focus more on snacks and confectionary, its main business.

Mondelez neither confirmed nor denied the sale, but told Fortune in a statement, “As a matter of practice, we don’t comment on market rumors. Our Cheese and Grocery business is a good business, with solid margins and cash flow, and it helps to provide scale in some markets. The team is executing well, having posted solid growth for 2015.”