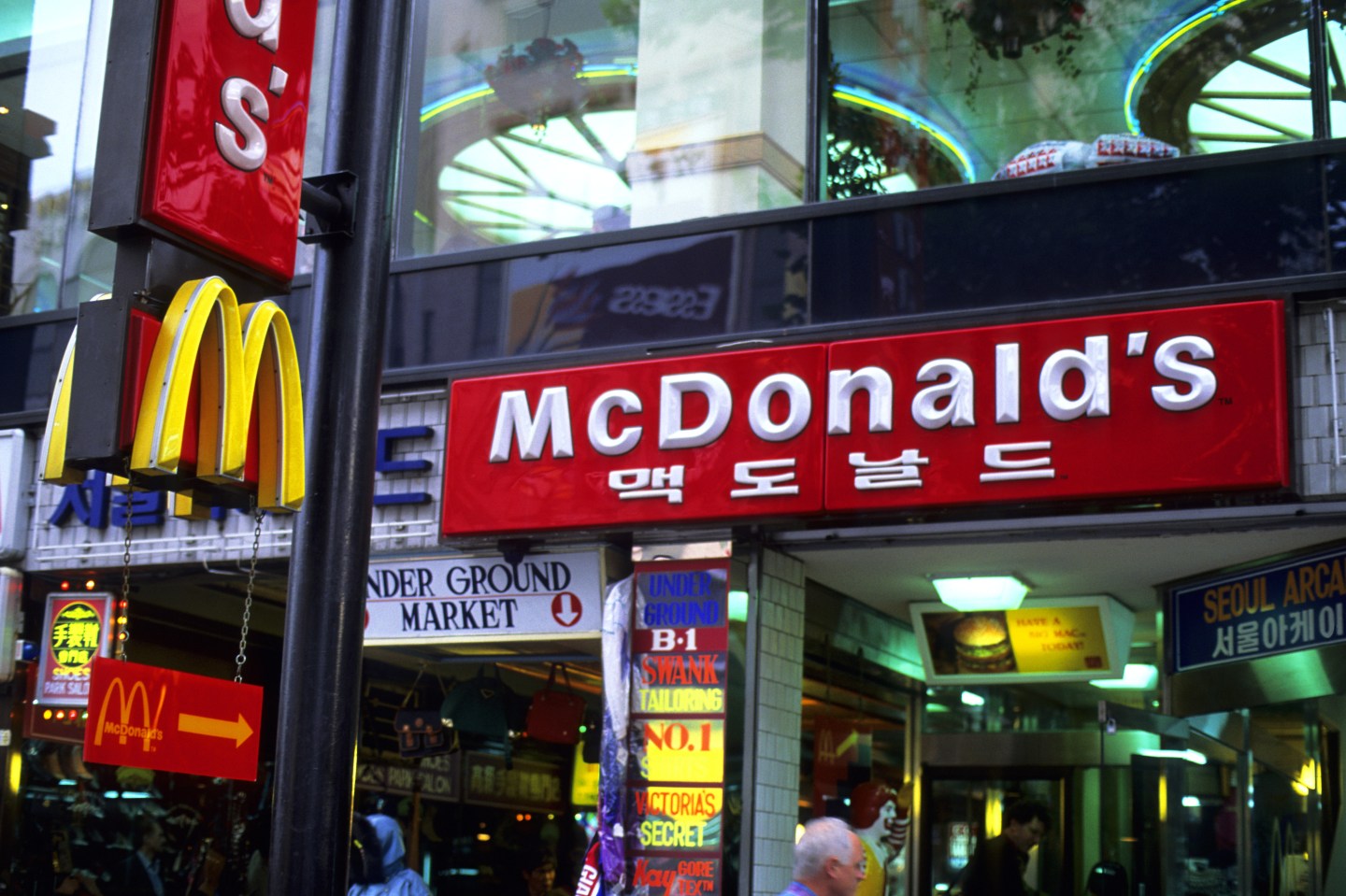 For hamburger lovers in South Korea, McDonald’s is adding a new beverage to its fountain: beer.

The fast food institution is now serving draft brew at one new location in Seongnam, a city near the South Korean capital of Seoul, reports The Chosunilbo. If the experiment works, more locations, especially those located in hip neighborhoods in Seoul, could start serving up beer as well.

Though this is the first McDonald’s (MCD) in Asia to serve beer, there are some outposts in Europe that serve up the suds alongside fries and chicken nuggets.

Quartz notes that there is actually a secret McDonald’s location in Sydney, Australia, where menu items are tested. The location is called “The Corner” and isn’t branded as a McDonald’s, allowing the company to test new items and concepts away from the glare that comes with rolling out products under the blare of the Golden Arches.