Here’s Why Kohl’s Is Shaking Up Its Senior Management 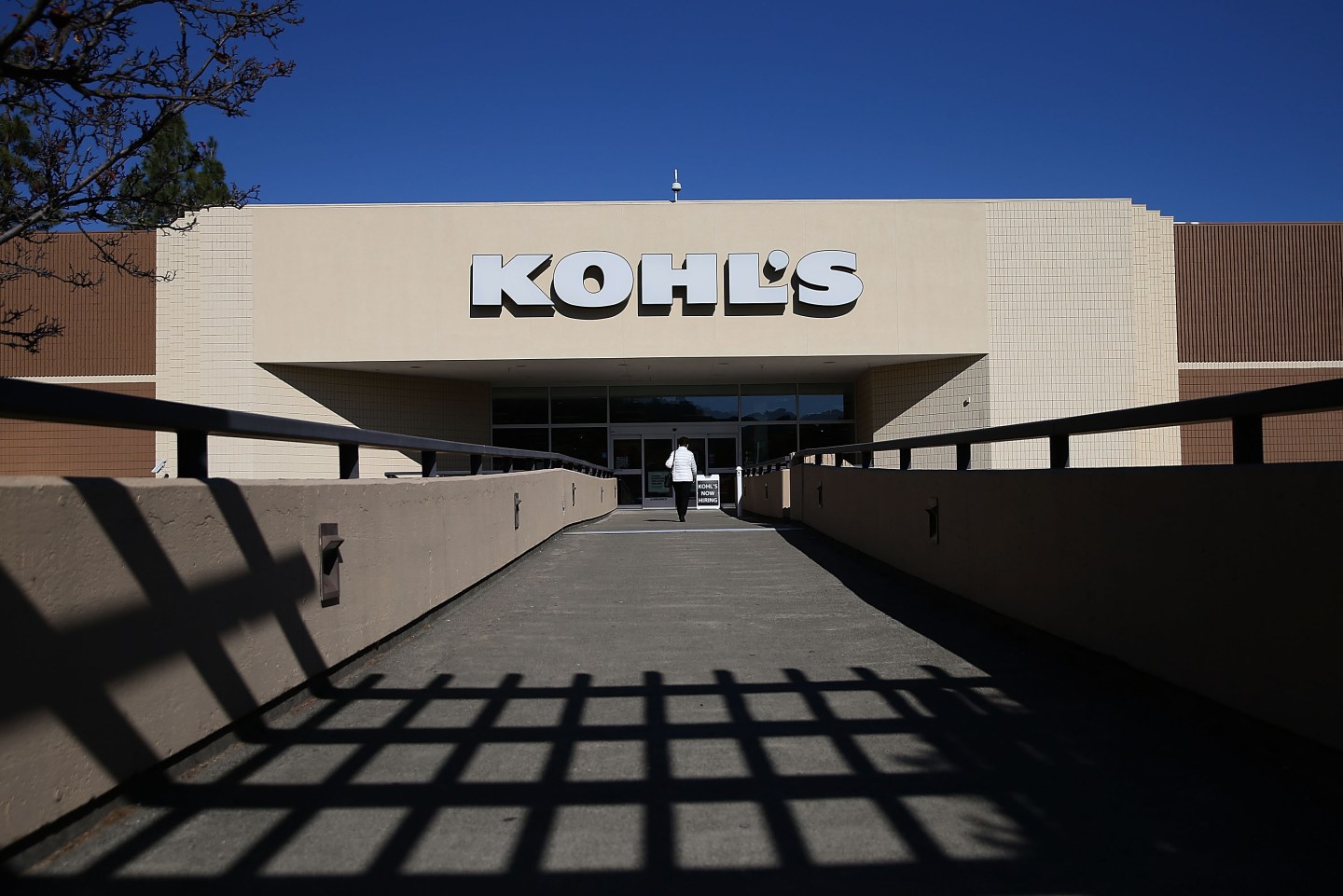 Some heads were bound to roll at Kohl’s (KSS) after a weak holiday season.

Clearly irked by the department store’s anemic 0.4% increase in comparable sales over the holiday quarter, CEO Kevin Mansell cut three senior corporate positions as a way to shake up the retailer and put it back on track to hit the $21 billion sales mark in 2017 he promised Wall Street. Kohl’s stock fell 19% on the day it announced its holiday quarter sales numbers and lowered its profit forecast earlier this month.

It’s been a year and a half since Kohl’s announced its “Greatness Agenda” turnaround plan, and the Wisconsin-based retailer has middling results to show for it. Mansell conceded as much in an e-mail to staff last week obtained by the Milwaukee Journal Sentinel in which he explained the three senior job eliminations.

Sales during the key holiday quarter “fell far short of plan,” Mansell told staff in the e-mail, and Kohl’s is “not getting to the results we want as fast as we should.” Kohl’s spokeswomanJen Johnson confirmed the content of the email. “None of these moves signal any change in our strategic direction,” she told Fortune.

To achieve that $2 billion sales bump, Kohl’s has tried to improve its private apparel labels, created a new loyalty program, and sped up the integration of stores and e-commerce. The company’s next phase calls for expanding its chain of outlet stores and opening smaller stores to get a bigger piece of urban markets.

Sales rose 1% to $19.2 billion in 2015, meaning that Kohl’s is far off pace from hitting its $21 billion goal. It is better than how Macy’s (M) has been faring, but well below numbers posted by J.C. Penney, (JCP) which appears to be clawing back market share from its rivals.

Mansell’s goal, as stated in the e-mail is to make Kohl’s “a faster, more agile organization.”

The Wall Street Journal reported last month that Kohl’s was looking into options to avoid any potential fights with activist investors, including taking the retailer private.