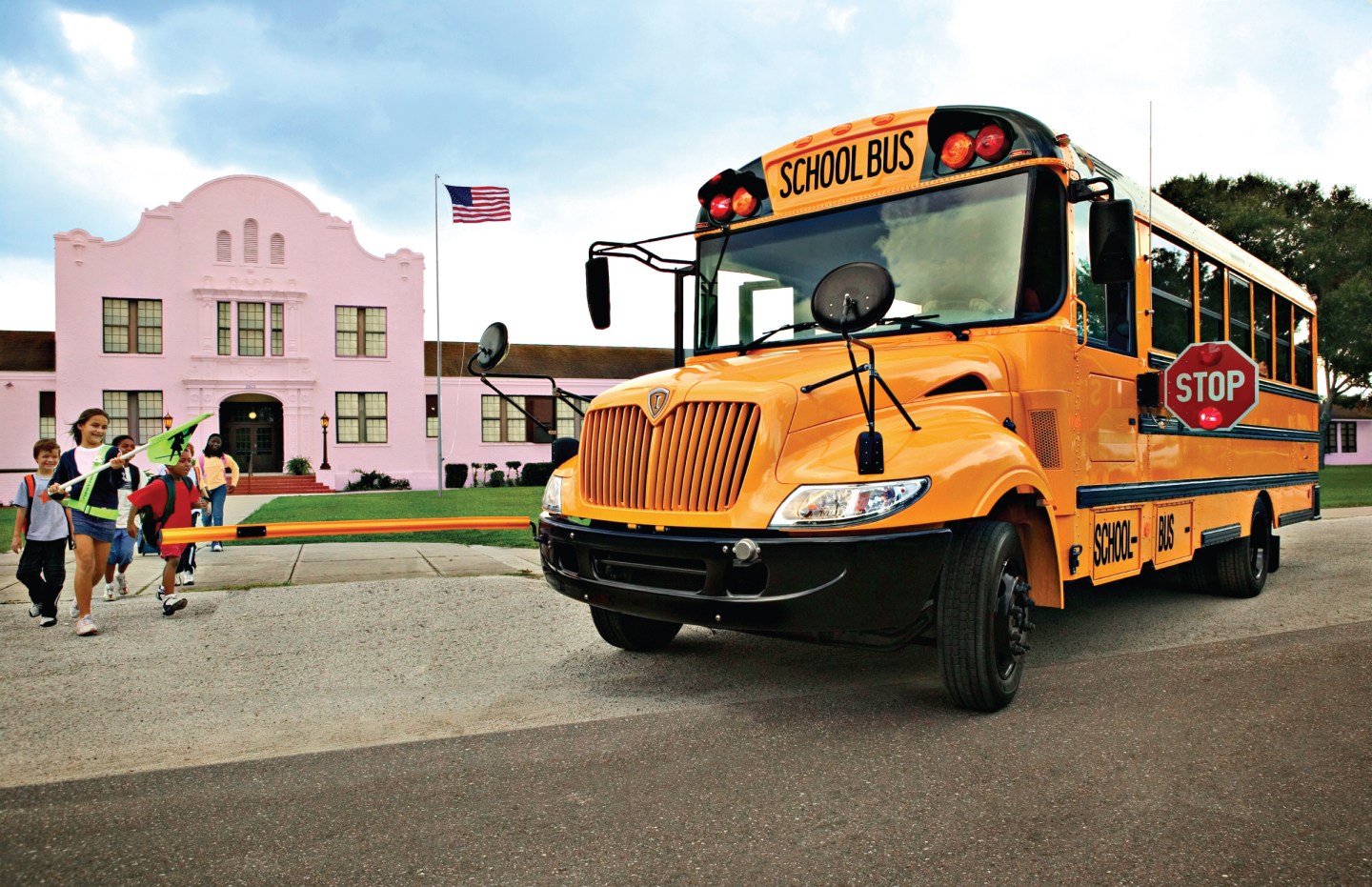 The morning before we spoke last month, Chuck Tanzer nearly had a disaster on his hands.

“When the alternator failed, it actually locked up and spun the belt off the engine. It could have been a more serious situation, where the engine was run with no belt on it,” says Tanzer.

“[That] would have absolutely left the bus on the side of the road with elementary school kids aboard.”

Tanzer oversees more than a hundred school buses as Fleet Supervisor for the Saratoga Springs City School District in upstate New York, and roadside breakdowns are his worst nightmare. “We have to dispatch another bus, and we have to literally remove those kids on the side of the road from one vehicle to another. [It’s an] extremely dangerous situation.” According to Federal statistics, more than twice as many fatalities occur outside a bus than inside.

Luckily, this time, the bus itself sent Tanzer a notification through OnCommand Connection, a remote dashboard provided by the Illinois-based bus manufacturer IC Bus. Tanzer was able to send mechanics to fix the bus before it got back on the road.

Today’s school buses are a far cry from the smoke-belching claptraps you might remember. Like modern cars, they have a half dozen computers monitoring the engine, braking, transmission, and other systems. OnCommand, which originated with IC Bus parent company Navistar’s (NAV) trucking products in 2013, collates that data and provides an overview of dozens of vehicles at once.

That comes in handy for Tanzer when his district gets a day that���s, let’s say, a little chilly.

“It’s not uncommon in the winter for us to see 20, maybe 25 [degrees] below zero without windchill,” says Tanzer. “That can take its toll on batteries.” Tanzer can access the OnCommand dashboard from his smartphone, so he knows which buses will need the most help before he even leaves home in the morning.

In addition to keeping kids safer, that monitoring can save districts a lot of money.

“Every time a vehicle fails on the side of the road, there’s substantial cost involved with retrieving that,” says Tanzer. “A tow truck doesn’t come cheap.” With fewer repairmen out on calls, there’s also more time for preventive maintenance.

For more on education and tech, watch:

The OnCommand system first became available to schools about two years ago, and IC Bus says it now has nine customers running it on 1,500 buses. But the company is pushing hard to expand, saying it hopes to have 50,000 buses online by October 2016.

We’re quickly getting used to talkative computers in our cars, keeping us safer and more informed. But as Chuck Tanzer’s story shows, connected technologies are beginning to expand far beyond private vehicles—with impacts that may be even more profound.