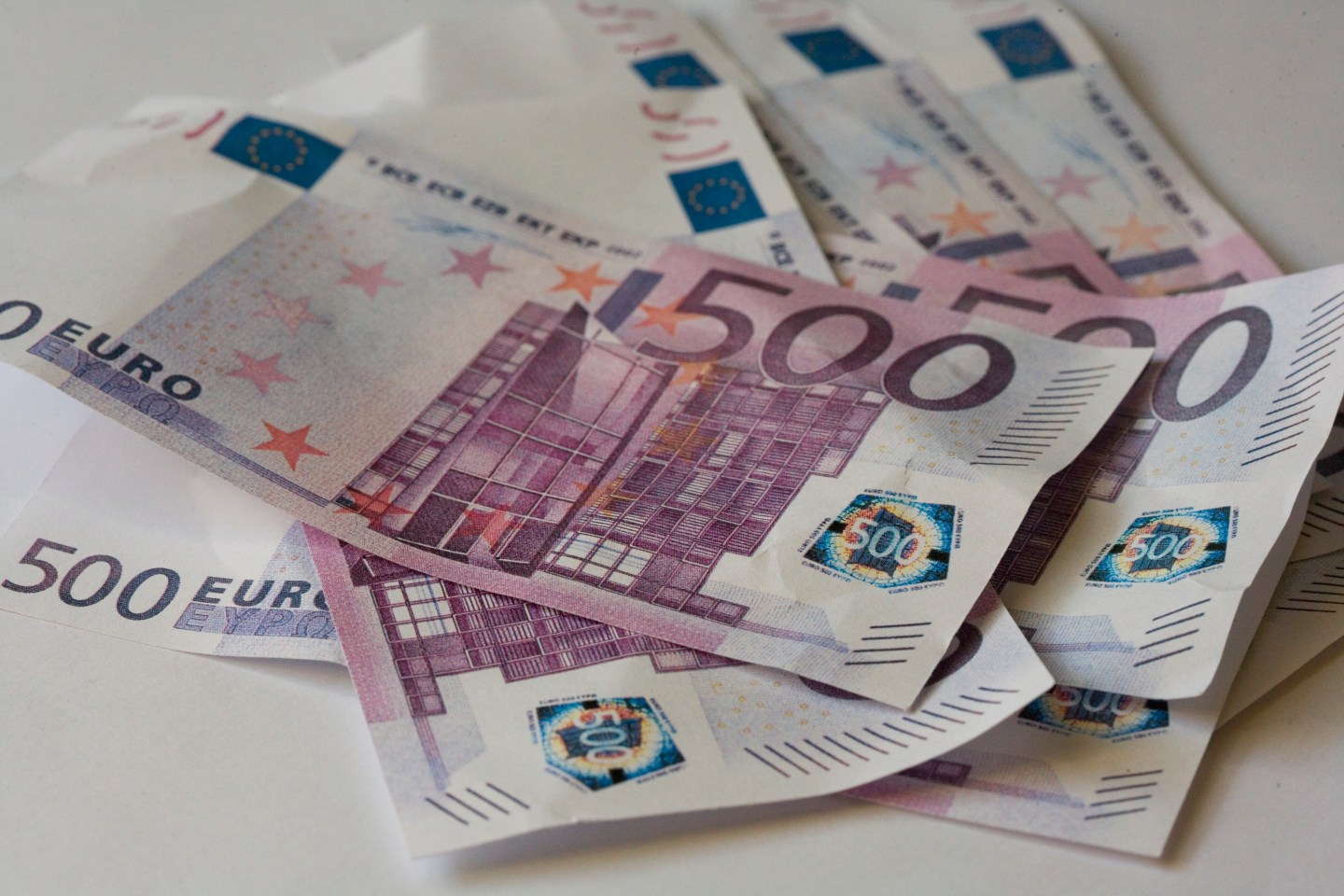 Time is running out for the ‘currency of choice’ for money-launderers, human traffickers and terrorists.

And no, it’s not Bitcoin or any other crypto-currency.

European Central Bank President Mario Draghi dropped his clearest hint yet that his bank is preparing to take the 500 euro banknote out of circulation, on concerns about its use by criminals.

In doing so, the Italian in charge of the Eurozone’s monetary policy is setting himself up for yet another struggle with Germany, which insisted on their being included in the original range of banknotes printed when the first euro cash was introduced in 2002. Germans have a long love affair with big notes, rooted in popular memories of banking collapses between the wars and, more recently, in their convenience for getting their money into neighboring tax havens.

“There is a pervasive and increasing conviction in the world public opinion that high-denomination bank notes are used for criminal purposes,” Draghi told the European Parliament in Brussels Monday.

Europol, the agency which coordinates police work among the E.U.’s 28 member states, said last year that “500 euro banknotes are particularly attractive to criminal groups due to their high value-to-weight ratio, which enables the transport of large amounts of value in small packages.”

As long as the principal use of large banknotes was to allow middle-class French and Germans to park their savings in Luxembourg and Switzerland, beyond the reach of their own tax authorities, (what the Germans call a ‘Kavaliersdelikt’, or ‘gentleman’s crime’), little attention was paid to the abuse of high-denomination notes.

But things started to change after the 2009 recession blew holes in member states’ budgets, raising the pressure to collect taxes more efficiently. With concerns about human trafficking and terrorist financing surging in the wake of the migrant crisis and the November attacks in Paris, the scales have finally been tipped.

The Financial Times reported Tuesday that “an informal decision has already been made within the central bank to withdraw the bill from circulation.”

That may be getting ahead of itself, but the political pressure on the bank ramped up last week when Eurozone finance ministers asked it to do something, citing the risk of terrorist financing.”

A review of the €500 note is already underway at the bank’s HQ in Frankfurt, and the ECB’s governing council is due to take a decision on it soon. Even though it is hardly used in everyday transactions and many shops refuse to accept it, the €500 note accounts for almost a third of the €1.06 trillion euros in circulation by value. The next largest note in the euro series is €200.

Fortuitously or not, the political pressure is coming at an opportune moment. The ECB is expected by many to cut its official interest rates deeper into negative territory in March, something that will increase the incentive for savers hoard cash–especially if banks start passing on the negative rates to their customers. Getting rid of the €500 gets rid of one potential factor that would dilute the impact of further monetary easing.

Whether the average saver will be put off from pulling his savings by the thought of having to dig a bigger hole is another question.