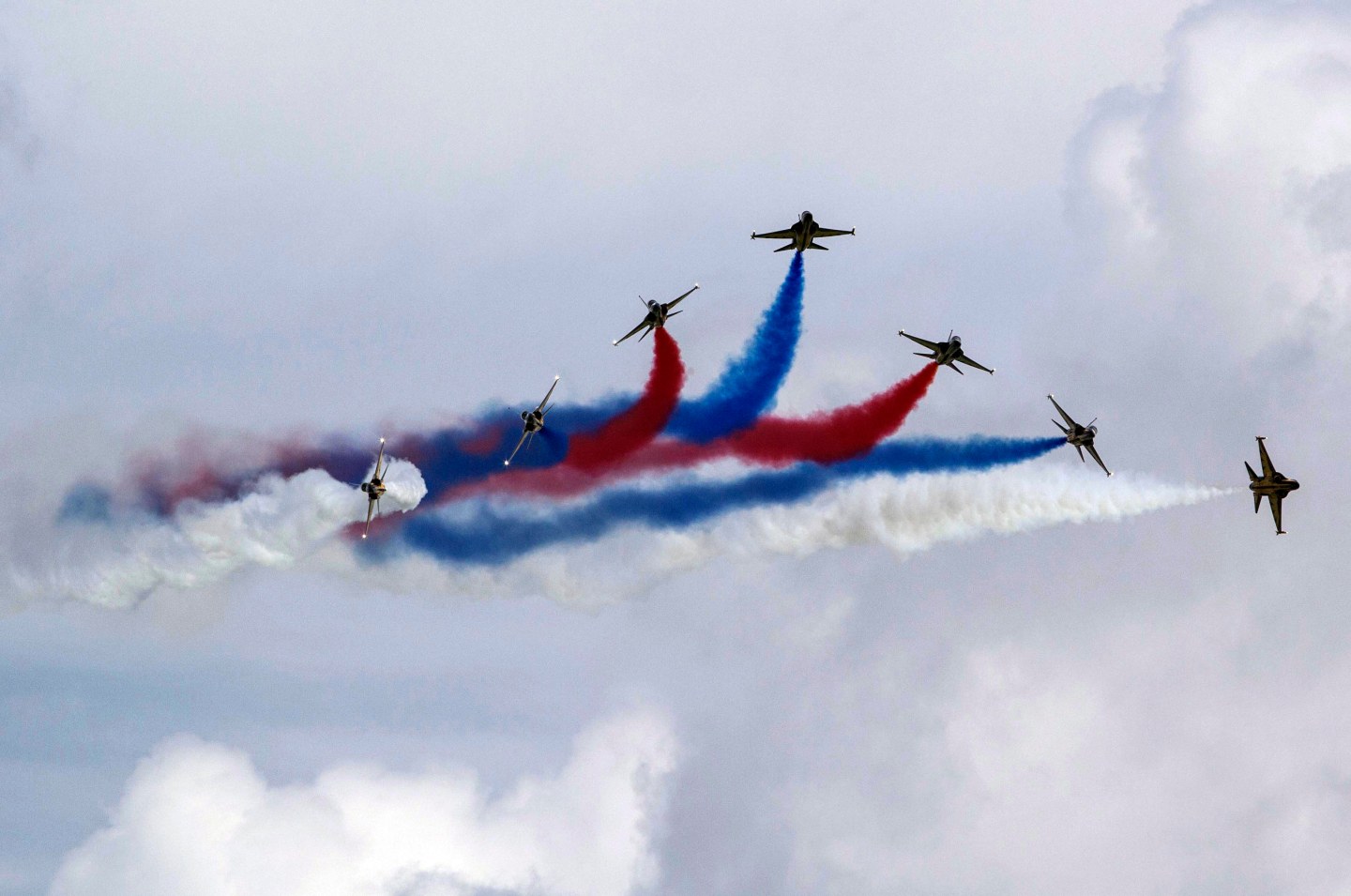 Looking for a growth market? How about this: south-east Asia is going to need 3,750 new planes worth $550 billion during the next two decades, according Boeing (BA).

Dinesh Keskar, Boeing’s senior vice president for Asia Pacific and India sales, disclosed those figures on Sunday in the lead-up to the Singapore Airshow, an aviation trade expo that’s held in the commercial and transportation hub every two years. Keskar said that of the expected demand in south-east Asia, 76% will be for single-aisle aircraft like the Boeing 737 and the Airbus A320, according to Reuters.

Air travel within the Asia-Pacific hasn’t grown by less than 6% in any of the last six years, and is expected to grow by 8% this year, according to the International Air Tranport Association, generating a sustained boom for the likes of Boeing and its European rival Airbus NV (EADSY). In an effort to gain market share, low-cost carriers like Lion Air in Indonesia, AirAsia in Malaysia, and IndiGo in India have ordered hundreds of jets from Airbus and Boeing in the past decade and have taken to replacing them with newer models every three or four years, Keskar said. On Monday, there were reports that Philippines Airlines is close to placing an order for about half a dozen Airbus A350-900 jets worth some $1.8 billion.

But despite those outsize estimates from Boeing, this year’s Singapore Airshow is being overshadowed by a jittery global economy. The IATA recently cut its long-term forecasts for traffic growth, reflecting industry concerns that the boom of recent years will finally start to peter out. But while that may dim one of the industry’s bright spots, it will at least relieve the pressure on manufacturers’ supply chains, making it easier for them to turn their huge backlogs of orders into deliveries.