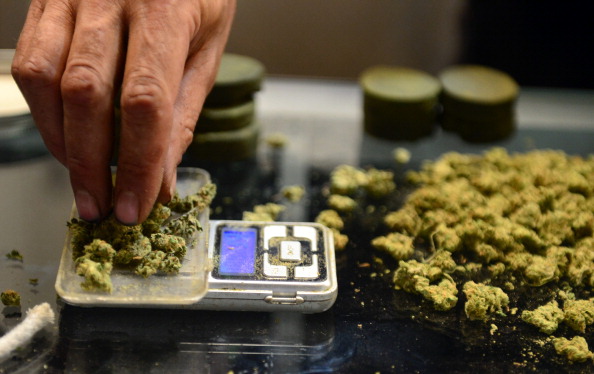 Legal pot sales jumped by more than 42% in Colorado last year, pushing the Centennial State’s revenue from marijuana taxes and fees to a new high.

Colorado saw $996.2 million in legal sales of medical and recreational pot in 2015, according to the Denver Post‘s calculations of tax data reported this week (and throughout 2015) by the state’s Department of Revenue. In 2014, the state’s legal pot vendors sold roughly $699 million of the drug.

The Post also reports that the state, where legal recreational marijuana sales began two years ago and medical pot has been legal since 2000, collected more than $135 million in taxes and license fees related to legal cannabis sales last year, which is up nearly 78% from the $76 million in taxes and fees collected the previous year. Of that total, more than $35 million will go toward school construction projects, as per the state’s excise tax on recreational pot sales, while other tax revenue funds could also go toward youth and substance-abuse programs in the state, as they have in the past.

“The additional tax revenue far exceeds the cost of regulating the system,” Mason Tvert, a spokesman for industry advocacy group the Marijuana Policy Project, said in a statement provided to Fortune. “Regulating and taxing marijuana has been incredibly successful in Colorado, and it represents a model for other states to follow.”

Colorado is one of four U.S. states with legalized recreational marijuana (along with Washington, D.C.), with Washington state also establishing its own legal market for recreational sales in 2014 while Oregon’s pot dispensaries opened for business last year. Lawmakers in the fourth state, Alaska, are still formalizing the regulations for that state’s market.

As more and more states legalize some form of marijuana sales, the blossoming industry’s revenue continues to soar. As a matter of comparison, California—where medical marijuana has been legal for two decades—sees an estimated $1 billion in annual sales of medical pot alone and the state could vote to legalize recreational sales as soon as this fall. A recent report from ArcView Market Research predicted that the legal cannabis market will grow by 25% this year to reach $6.7 billion in total U.S. sales, and that the total could approach $22 billion in sales by 2020.