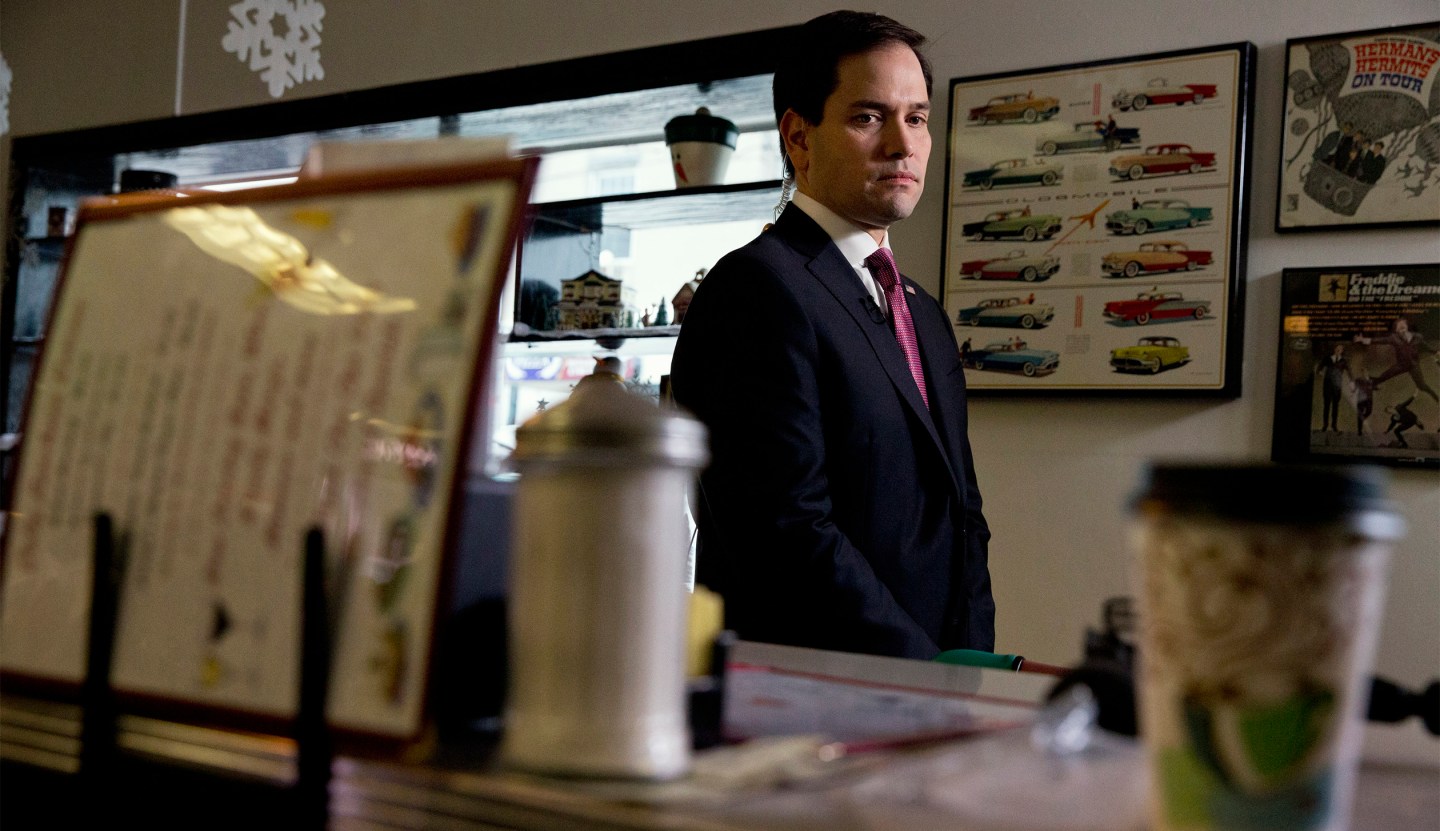 If Sen. Marco Rubio becomes president, he’ll face a $6.8 trillion question: What should he cut?

That’s the amount of spending cuts over 10 years that the Florida Republican’s tax plan would require Congress to find in order to balance the budget, unless a booming economy made up the difference, according to a new report by the Tax Foundation.

To put that in context, it would mean axing all discretionary defense spending for a decade. Or closing the Department of Education. Or simply shutting down every federal program, including the military, for nearly two years.

To be fair, presidential candidates’ tax plans are not intended to be realistic, exactly. They’re more like the political equivalent of a vision board: they’re what candidates wish for. It’s what they would do if they had a magic wand. Or absolute power.

In that context, Rubio’s plan is a love letter to the purest version of trickle-down economics: the long-held conservative idea that if you cut taxes, the free market will make up the difference. People will use the savings to grow their businesses, invest more and hire more people, thereby ginning up the economy and leading to more tax revenue on smaller tax rates. Voila!

According to the Tax Foundation, Rubio’s plan gets us halfway there. It would deliver a huge 48.9% growth in capital investment, second only to retired neurosurgeon Ben Carson’s plan, which would precipitate a 46.6% growth in capital investment. If that holds true, then Rubio’s budget hole would shrink to $2.4 trillion—still a sizable amount. And neither he nor Carson provide much detail on what they’d do to make up the difference.

That’s one thing for Carson to say. But it’s another for Rubio, who remains the top pick of the Establishment wing of the Republican Party, a group that prizes its reputation for fiscal responsibility.

As of now, Rubio’s plan for how he would actually balance the budget is notably devoid of details. It includes a list of 10 bullet points featuring such vague gems as “Prevent massive, irresponsible spending bills” and “force Washington to live within its means without raising taxes.”

Rubio’s hardly alone. Every other Republican candidate remaining this cycle has produced a tax plan that would lead to at least some substantial deficit spending, even factoring in the Tax Foundation’s model for how tax breaks would gin-up capital investment.

Under the more generous assumptions of that model, Texas Sen. Ted Cruz would leave us $768 billion dollars in the red, former Florida Gov. Jeb Bush would leave us $1.6 trillion dollars in the hole, compared to Rubio’s $2.4 trillion. And real estate mogul Donald Trump, who continues to lead the Republican field, would strike a staggering $10 trillion blow to the budget.

The Democratic candidates, meanwhile, operate under different political pressures. Unlike Republicans, the Democratic Party struggles with a reputation for being fiscally irresponsible, leaving candidates in a general election open to withering attacks that they are fiscally reckless, while their party’s grassroots voters are less bothered by raising taxes on the rich.

As a result, both former Secretary of State Hillary Clinton’s and Vermont Sen. Bernie Sanders’ tax plans raise taxes, mostly the wealthiest Americans, and produce budget surpluses after 10 years: $191 billion in Clinton’s case, and nearly $10 trillion in Bernie’s, which also includes one of his major vision board items: passing, and funding, universal health care.

But according to the Tax Foundation, both Clinton and Sanders would hurt capital investment growth: Clinton by nearly 3% and Sanders by nearly 20%.

That’s a tradeoff they’re not likely to mention, just as Rubio hasn’t answered his $6.8 trillion question. But then, one of the rules of making a vision board is to avoid including anything you’d rather not have in your life.