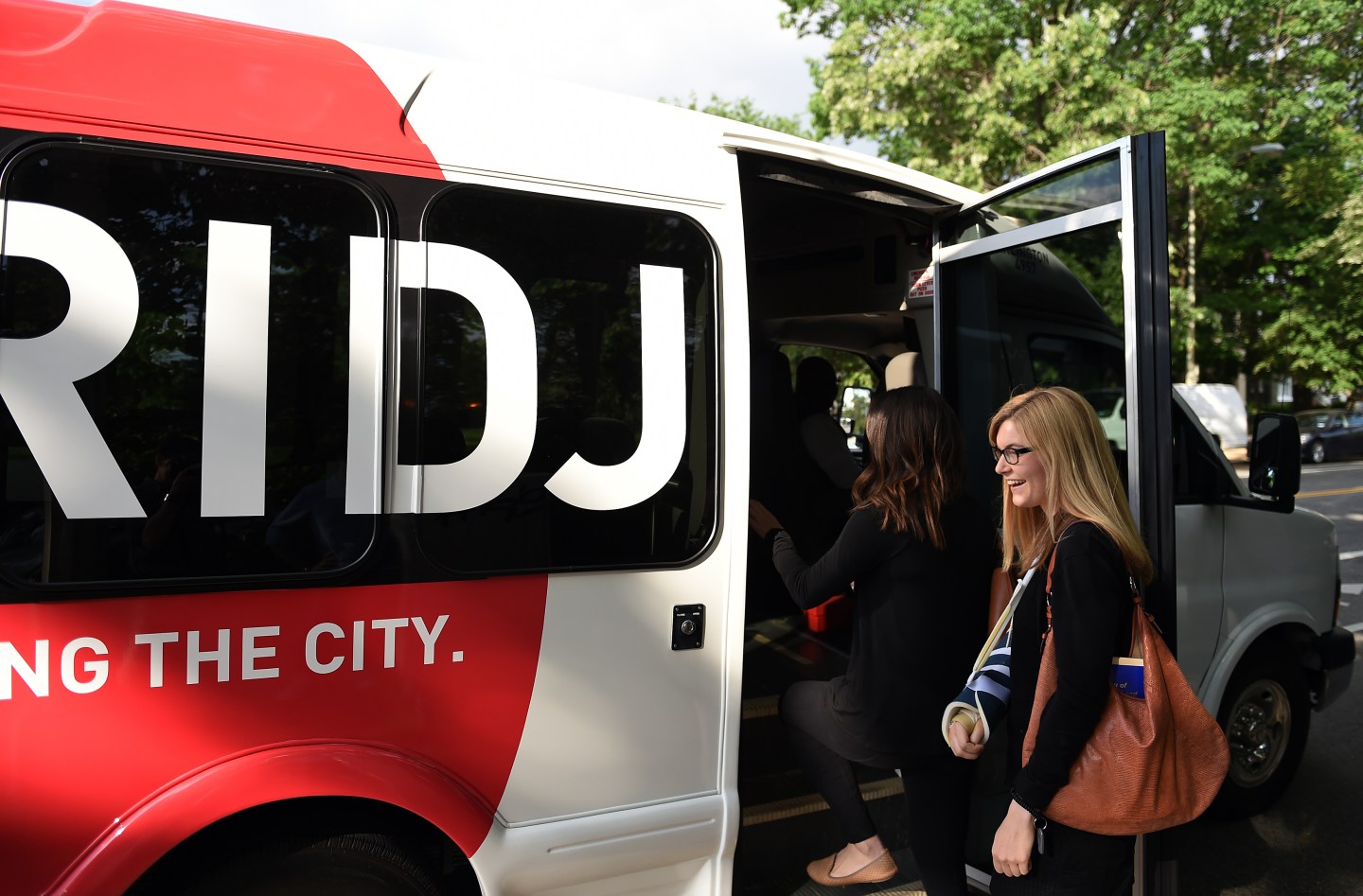 Public transportation is getting a hand from the private sector.

Starting next month, Ford (F) will be offering an on-demand bus service in collaboration with Bridj, a data-driven pop-up mass transit system, the Verge reports. The project, called Ride KC: Bridj, will begin its pilot program next month in Kansas City with the approval of the Kansas City Area Transportation Authority.

It’s being described as the “first U.S. public-private collaboration [to] bring together a major U.S. transit system, an automaker, and an urban technology company to enhance existing mass transit.” Ford and Bridj will be employing KCATA’s shuttles and drivers for the service.

The shuttles hold 14 passengers and people can use the Bridj app to reserve a seat on one that will be stopping nearby. It will be active in Kansas City for at least one year and as more people use it and the companies amass more data, the service may be expanded.

This is part of the automaker’s Ford Smart Mobility plan which, as Fortune reported earlier this year, involves another pilot program for group-leasing and a car-sharing service in London called GoDrive. General Motors also introduced a car-sharing service last month called Maven, likely suggesting some competition between the auto industry and Uber.