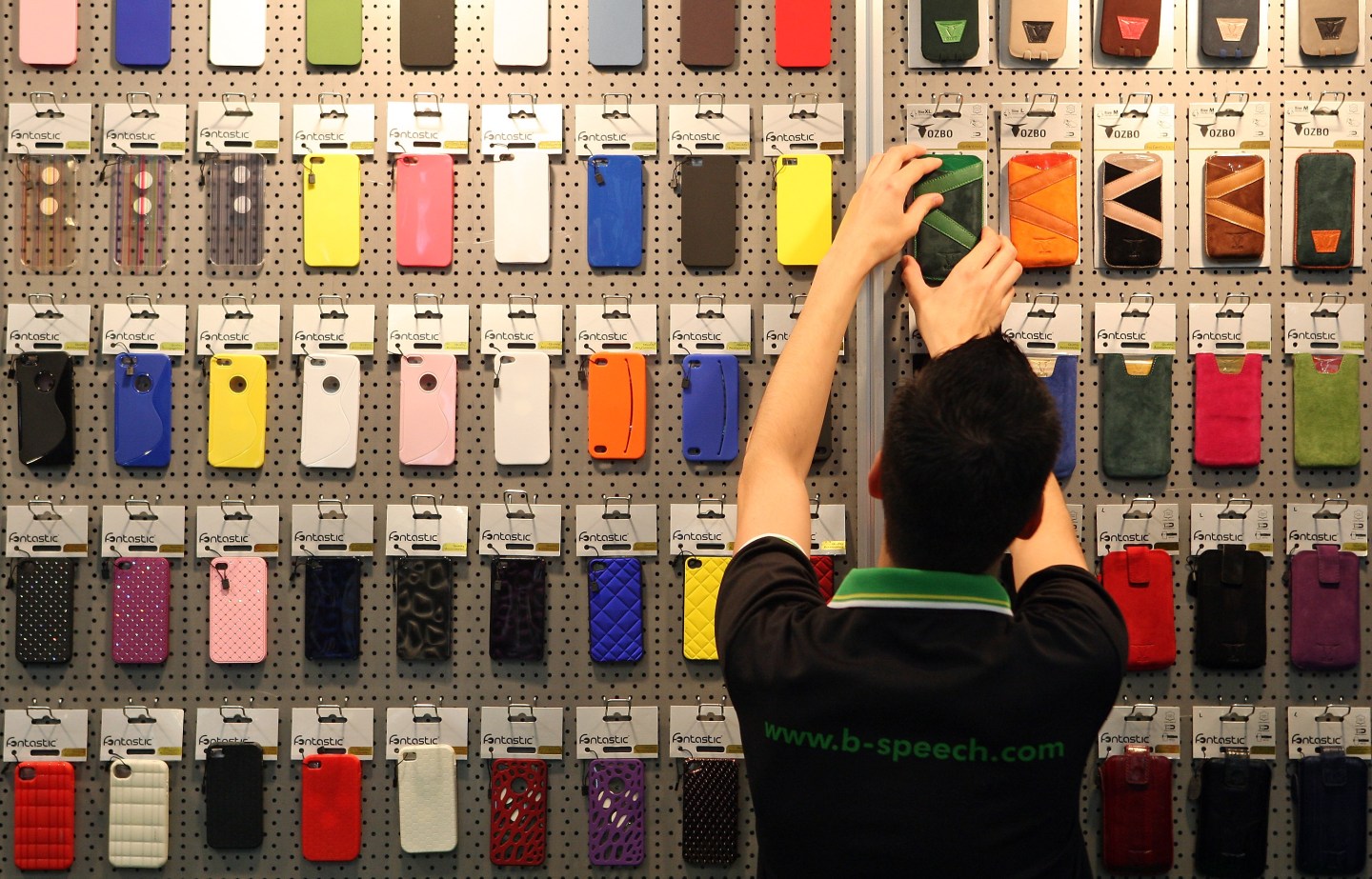 BERLIN, GERMANY - AUGUST 31: An employee arranges Apple iPhone cases at the at the D-Parts stand at the Internationale Funkausstellung (IFA) 2012 consumer electronics trade fair on August 31, 2012 in Berlin, Germany. IFA 2012 is open to the public from today until September 5. (Photo by Adam Berry/Getty Images)
Photograph by Adam Berry — Getty Images

The report and accompanying pie chart released Wednesday by Parks Associates in advance of Mobile World Congress celebrates Apple’s 40% share of the U.S. smartphone market, but doesn’t say whether that’s up or down.

In fact, it’s down a couple percentage points from 2014.

Although Apple finished 2015 as the No. 1 brand in both the U.S. and China, iOS has lost share to Google’s (GOOG) Android in both markets.

To illustrate that last point, here’s Kantar’s data for the last three months of 2014 and 2015 in a pair of interactive bar charts:

By switching views from Dec. 2014 to Dec. 2015 you can see that iOS’ share grew in China, but fell domestically.

How can this be? Didn’t Tim Cook tell analysts last month that he was “blown away” by the record number of consumers switching from Android devices to iPhones?

Carolina Milanesi, Kantar’s chief of research, suggests that what we’re seeing in the U.S. might be an artifact of smartphone saturation.

“The U.S. market continues to be very competitive as smartphone penetration reached 65% among mobile phone users and 84% of overall mobile phone sales,” she writes. “The pool of available new buyers is shrinking and Android’s wider price range helps them grab late adopters looking for their first smartphone.”

Mobile World Congress opens Feb. 22 in Barcelona and runs for four days. Expect lots of news from everybody but Apple, which prefers to stage its own events.