Chris Christie Will Drop Out of the Race for President 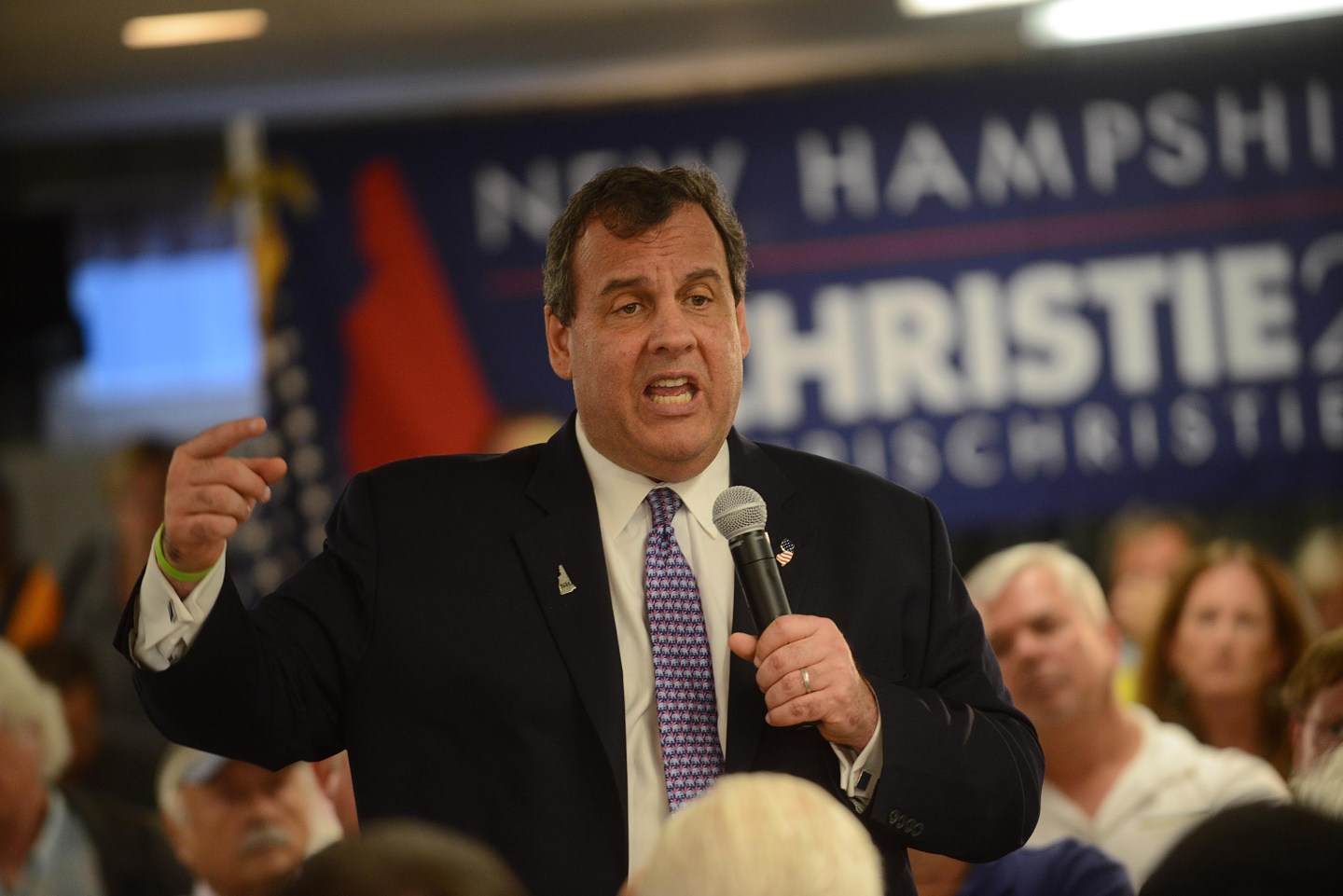 New Jersey Gov. Chris Christie, who once looked like a front-runner for the Republican presidential nomination but was hampered from the start of his campaign by a traffic scandal and a sluggish economy at home, will drop out of the race Wednesday. His departure, confirmed by two people close to Christie, followed a disappointing sixth-place finish in Tuesday’s New Hampshire primary, on which he had staked his White House hopes.

Christie was a favored candidate of Republican leaders in the days following his 2013 winning reelection bid. His success in a blue state, his fundraising prowess as one of the party’s most high-profile governors, and his brash, often unscripted style of politics seemed like a good fit for the party after its defeat at the hands of President Obama in 2012. But that plan was knocked off course even before his campaign started, most famously by the so-called “Bridgegate” scandal—in which emails showed allies of Christie’s had shut down a New Jersey town’s access to the George Washington Bridge as political retaliation. Christie has steadfastly denied any knowledge of the affair and no evidence has emerged otherwise, but he never really recovered from the investigation of his administration.

As his more moderate profile was not well suited to an increasingly conservative Republican electorate that has gravitated to Donald Trump and Ted Cruz, he mostly parked his campaign in New Hampshire. He held dozens of town-hall style meetings in the hope that the Granite State, which has long rewarded retail-style politics, would reward him, too. He enjoyed moments in the spotlight, particularly when his fierce assault against Marco Rubio in last weekend’s Republican debate brought the Florida Senator’s rising campaign back to earth. But as conservative commentator Charles Krauthammer said Tuesday night on Fox News, it was essentially “a Kamikaze attack.” Christie finished with just a little more than 7% of the New Hampshire vote, behind his establishment rivalsJohn Kasich, Jeb Bush and Rubio.

He had planned to travel from New Hampshire to South Carolina to begin campaigning for that state’s primary, but as the results came in Tuesday night, he said he would instead return to New Jersey “to take a deep breath” and reassess his prospects. He would not return to the campaign trail.

-With reporting by Zeke J Miller