This Is Why China’s Housing Market Is Such a Mess 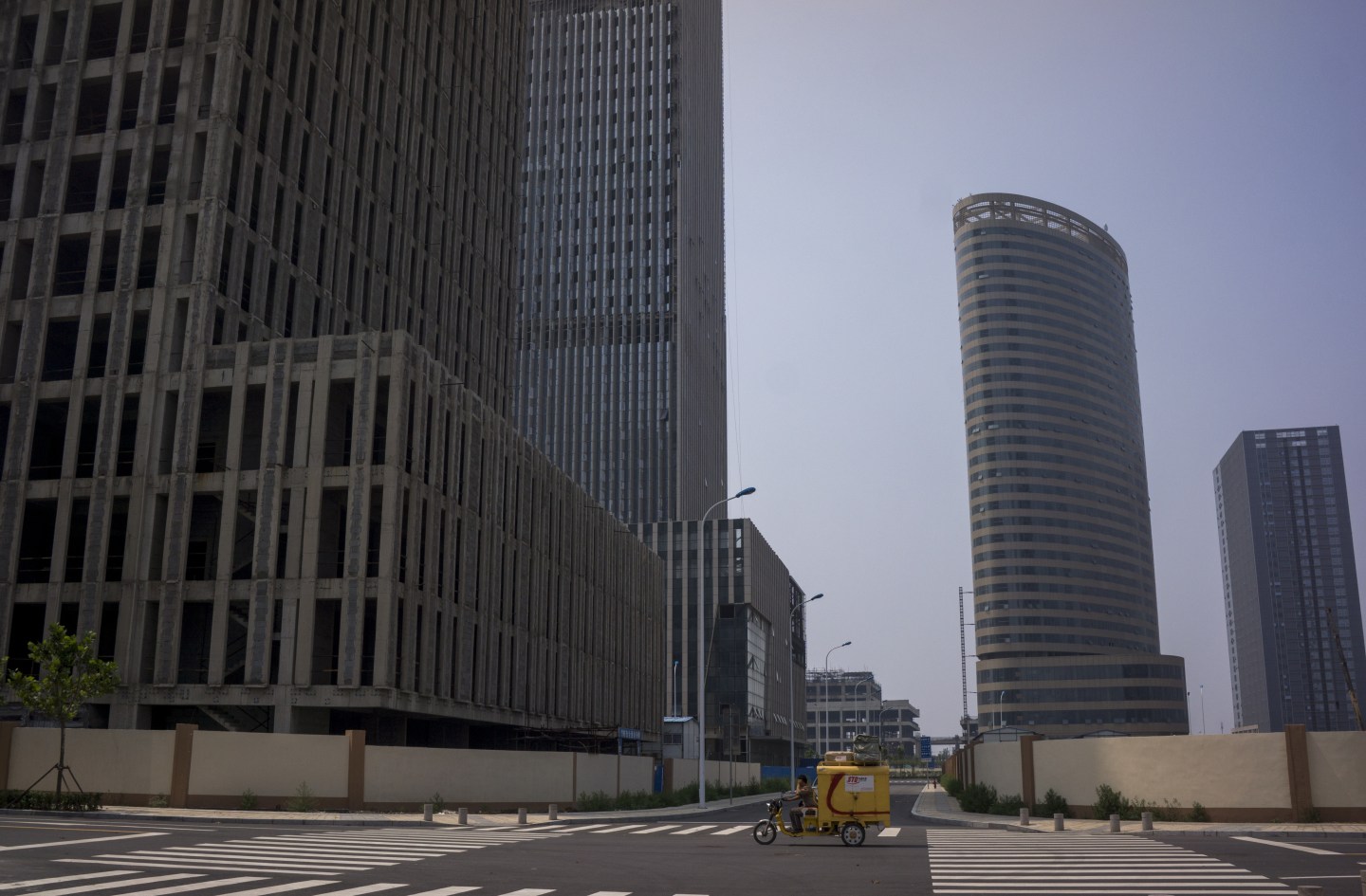 YUJIAPU CBD, TIANJIN, CHINA - 2014/08/20: Unfinished buildings and vacant streets in Xiangluo Bay. Yujiapu & Xiangluo Bay, a new biggest central business district under construction in Tianjin , has been expected to be China's Manhattan, now is reported as a Ghost city. The nation's slowing economy is putting the project into jeopardy. (Photo by Zhang Peng/LightRocket via Getty Images)
Photograph by Zhang Peng — LightRocket via Getty Images

Just a week before the Chinese New Year, China’s central bank cut the minimum mortgage down payment for first-time buyers from 25% to 20%, as it sought to shore up the property market. The new rules apply to all but a handful of cities—such as Beijing, Shanghai, Shenzhen, and Guangzhou—where demand remains strong. It’s a tale of two tiers of cities, and one that likely won’t have a huge impact.

Construction is everywhere in China. Between 2011 and 2013, China consumed around 6.4 gigatons of cement, according to The Washington Post—more than what the United States used during the course of the 20th century. If Japan taught the world just-in-time production, where inventory should be minimized, China has mastered just-in-case construction—build now and figure out what to do with it later. In its ferocious race to modernity, with three decades of double-digit growth, China has built enough floor space to cover Hong Kong twice over every year. And now, cracks are beginning to show.

There are 13 million vacant homes in China, according to Reuters. Known as “China’s ghost cities,” there is an abundance of newly built urban areas complete with shopping malls, central squares, stadiums, avant-garde administrative buildings, luxurious condos, and villas—everything except people. In the city of Xi’an last year, a never-used 27-floor high-rise that covered 37,000 square meters was blown up and cleared away because it had been left vacant for too long and deteriorated beyond repair.

This is all the more disturbing, given that one-fifth of China’s economic activities are related to the property market. The consequences are many. Zoomlion, the country’s leading construction machinery and sanitation equipment maker, announced a 90% net profit drop in 2015. Fifteen Chinese real estate companies projected a loss for 2015 due to the recent market slowdown. Wanda Commercial Properties, whose founder was until recently China’s richest man, was downgraded last week by Standard and Poor’s to junk bond status, and by Fitch Ratings to “BBB,” hovering two notches above junk bond status, according to The Wall Street Journal.

While reducing China’s housing supply is crucial, it is anything but straightforward. Prices have bounced back in top-tier cities, while dropping in all of those below. Buyers have learned the importance of location the hard way. A viable city needs vibrant economic activity and a sizable population to sustain itself. Price increases, when they occur, tend to be concentrated in a small segment of Chinese markets.

Chinese authorities have long manipulated interest rates and down payment requirements, played with tax rates, and imposed purchase restrictions to either curb or spur the property market. From the second half of 2014 onward, there’s been no hampering of the real estate sector—all moves have been stimulus-oriented, including a six-fold reduction of interest rates. How successful this latest round will be to lure potential buyers into rural cities is anyone’s guess. But the real problem for policymakers is that the root causes of China’s real estate disease run much deeper.

As early as the second half of the 2000s, municipal governments have routinely handed over land to developers. Developers would then receive loans from banks to develop the land. Individual investors bought housing units at inflated prices. In the process, local government pocketed much-needed revenue, local GDP grew, politicians got patted on the back, jobs were created, and everyone made money so the wheels kept turning. But the system has proved to be extremely inefficient at building what is actually needed and yielding return on investment.

In recent years, tier 3 and 4 cities accounted for 80% to 90% of total new construction, an analyst at the Commonwealth Bank of Australia tells Business Insider. With state-owned banks indiscriminately channeling financial resources to property developers, other types of private enterprises and local businesses have been starved of capital. The Chinese government has long been adamant about transforming the nation from an investment-focused to a consumption-driven, technologically-advanced, knowledge-based economy. The current system encourages exactly the opposite.

For China’s middle class, a weakening economy is a mere inconvenience. For the 70 million people who live in abject poverty, a small contraction in living standards could be an utter disaster—enough to trigger social unrest. With overall GDP growth grinding to a record low of 6.9%, the Chinese government has had no choice but to inject more stimulus.This temporary tweak to avoid deeper shocks is needed without a doubt. But the urgency for broader economic reforms is needed even more.

Howard Yu is a professor of strategic management and innovation at IMD, a business school based in Lausanne, Switzerland.