Is Independent Air Traffic Control a Solution or Just Another Problem? 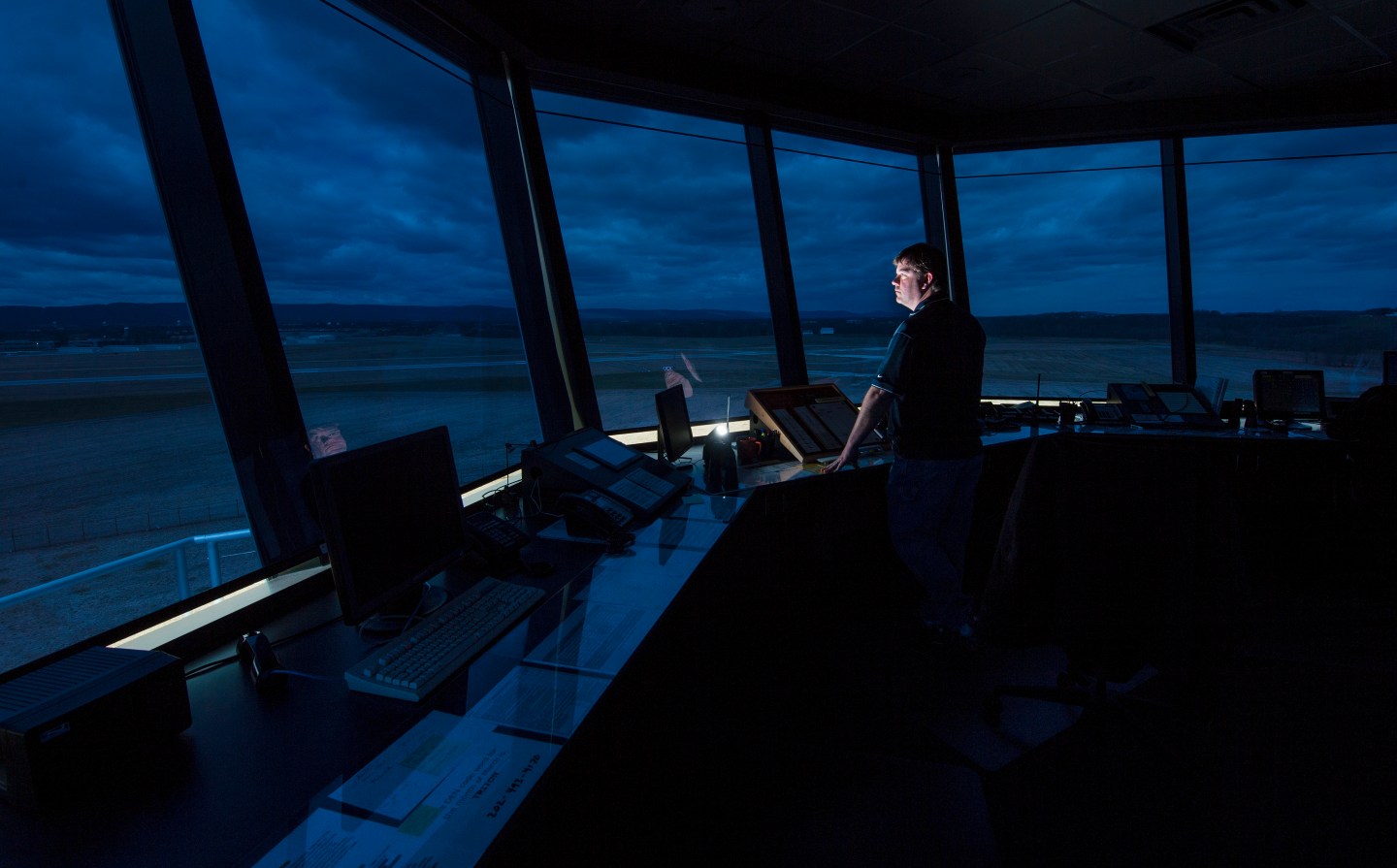 FREDERICK, MD - MARCH 28 Air traffic controller Chris Swan, looks out over the runways from within the new air traffic control tower at the Frederick Municipal Airport on March 28, 2013 in Frederick, Md. With over five million dollars in stimulus money to build the control tower at Frederick Airport, the tower will be shutting down on April 21, 2013 after ten months in use. Several FAA contract air traffic controllers will lose their jobs on closing day. Several airports in Maryland as airports across the country will be shutting down their towers for lack of funding. (Photo by Ricky Carioti/The Washington Post via Getty Images)
Photograph by The Washington Post/Getty Images

The House Transportation and Infrastructure Committee is in the midst of a push to reauthorize funding for the Federal Aviation Administration before it expires next month. Easily the most controversial element of the bill would take control of the U.S. air traffic control system away from the FAA, and create a nongovernmental board to oversee it. The new entity would be funded by user fees assessed to airlines and other commercial operators.

Bill Shuster, the Republican chair of the House Transportation Committee, has called the current air traffic system “incredibly inefficient,” citing the FAA’s struggles with implementing the so-called “NextGen” suite of air traffic control technology. NextGen would bring air traffic control up to contemporary standards by improving GPS guidance and ground-to air communication. But mounting frustration with delays and cost overruns in the program has been the main motive for the airline-led push to take responsibility away from the FAA.

Thomas Hendricks, CEO of the National Air Transportation Association, a trade group that represents non-airline aviation businesses, acknowledges the problem. “All of us are frustrated with the FAA’s ability to roll out this modernization program.” Hendricks himself has served on advisory committees for the program.

But Hendricks and his organization are opposed to taking air traffic control away from the FAA. Hendricks says it would eliminate Congressional oversight of public airspace, and hand disproportionate power over public resources to the major airlines. Hendricks also says the changes could debilitate a system that, despite its slowness to adapt, manages airspace that is both the world’s most complex, and its safest.

“What are we trying to fix here,” Hendrix asks, “Other than ideological desires?”

Supporters of the new plan have pointed to the several dozen nations that already have effective independent air traffic control bodies, with Canada among the most often cited. But Hendricks strongly rejects those comparisons, pointing out that the entire Canadian system handles about as much traffic as the Cleveland Air Traffic Control Center, one of 22 such centers covering the U.S. Other nations with nongovernmental systems include not just Great Britain and France, but also Uganda, Nigeria, Cambodia, and Vietnam, and Hendricks says few of them—even the advanced European cases—can match the service, access, and safety record of the U.S. system.

For more on aviation technology, watch our video.

The U.S. air traffic controllers’ national union, however, has come out in support of independence. Controllers were hit hard by budget fluctuations and cuts in recent years, including those imposed by the so-called “sequester.” The union says the system would benefit from depoliticized funding.

Other support comes from the airlines, and from many rank and file Republicans and Democrats. In addition to NATA, opponents include progressive groups such as Ralph Nader’s Public Citizen, as well as Democratic Congressman Peter DeFazio, the second-ranking member of the Transportation Committee.

Hendricks and NATA are particularly concerned that the proposed new air traffic control regime would be unfair to smaller players in aviation. The new body would be led by an 11-member board, appointed jointly by the Department of Transportation, major airlines, and pilots’ and controllers’ unions. The largest single block of board seats would likely belong to major commercial airlines.

“This will clearly be dominated by the airlines,” says Hendricks, “And there are no controls in terms of future cost increases. Congress is completely cut out of the loop.”

He says that could lead to unfair fees on small commercial operators, from crop dusters to air freight haulers to small charters, in turn threatening the rural areas that often rely on them for basic services.

The FAA reauthorization is being debated in committee today and will likely be sent to the House on Thursday. Current FAA funding expires on March 31, putting a tight timeline on the bill’s passage.