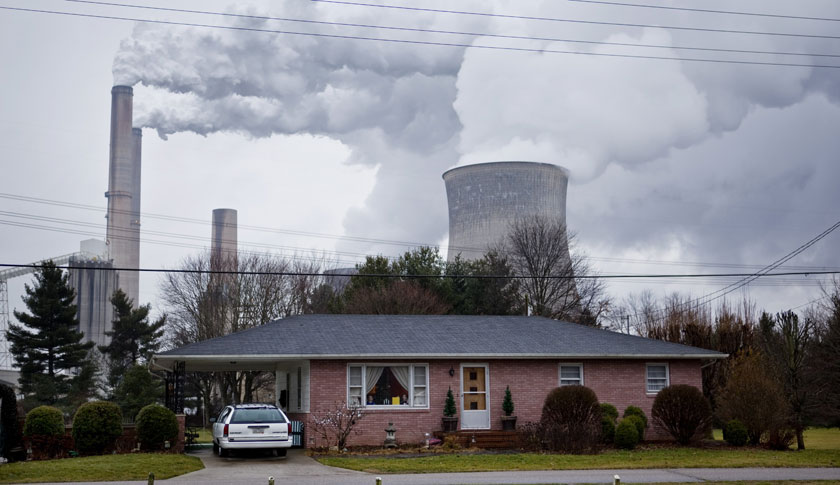 The court voted 5-4 along ideological lines to grant a request by 27 states and various companies and business groups to block the administration’s Clean Power Plan, which also mandates a shift to renewable energy from coal-fired electricity.

The highly unusual move by the justices means the regulations will not be in effect while a court battle continues over their legality.

The plan was designed to lower carbon emissions from U.S. power plants by 2030 to 32 percent below 2005 levels. It is the main tool for the United States to meet the emissions reduction target it pledged at U.N. climate talks in Paris in December.

The Supreme Court’s action casts doubt on the long-term future of the U.S. Environmental Protection Agency’s rule because it increases the chances that the conservative-leaning Supreme Court would take the case after a lower court issues a decision on the legality of the regulations and ultimately would strike it down.

As recently as June, the high court ruled 5-4 against the Obama administration over its efforts to regulate mercury and other toxic air pollutants.

The states, led by coal producer West Virginia and oil producer Texas, and several major business groups in October launched the legal effort seeking to block the Obama administration’s plan. The states said the emissions curbs would have a devastating impact on their economies.

West Virginia Attorney General Patrick Morrisey described the Supreme Court action on Tuesday as a “historic and unprecedented victory” over the EPA.

“We are thrilled that the Supreme Court realized the rule’s immediate impact and froze its implementation, protecting workers and saving countless dollars as our fight against its legality continues,” Morrisey added.

For Obama, executing his climate change strategy would be a key legacy accomplishment as he nears the end of his time in office in January 2017.

For more about coal, watch:

House of Representatives Democratic Leader Nancy Pelosi said, “The Supreme Court’s deeply misguided decision to stay the implementation of the Clean Power Plan will enable those states that deny climate science to slow progress in reducing the carbon pollution that threatens the health of all Americans.”

The court action also means that, with Obama leaving office in January 2017, the next president will have a say on whether to continue defending the regulation.

Before that, the U.S. Court of Appeals for the District of Columbia Circuit, which denied a similar stay request last month, will hear oral arguments in the case on June 2 and decide whether the regulations are lawful.

“This is certainly a surprise and it suggests the court has serious concerns” about the regulation, said Jonathan Adler, a professor at Case Western Reserve School of Law.

The brief order from the justices said that the regulations would be on hold until the legal challenge is completed. The court’s five conservatives all voted to block the rule. The order noted that the four liberals would have denied the application.

Under the EPA rule, each state must submit a plan to comply with its emission-reduction target by September 2016 but can also request a two-year extension.

The challengers contended that the Obama administration exceeded its authority under the Clean Air Act, the key law that addresses air pollution. More than a dozen other states and the National League of Cities, which represents more than 19,000 U.S. cities, filed court papers backing the rule.

Jeff Holmstead, a lawyer for coal-powered utilities that challenged the rule, said the court has never before blocked an EPA rule. “To say it’s unusual is a bit of an understatement,” Holmstead added.

Sean Donahue, a lawyer for environmental groups that support the law, said the court action was “surprising and disappointing.” He added that “we remain very confident in the legal and factual foundations for EPA’s rule.”

The White House and EPA did not immediately respond to requests for comment.