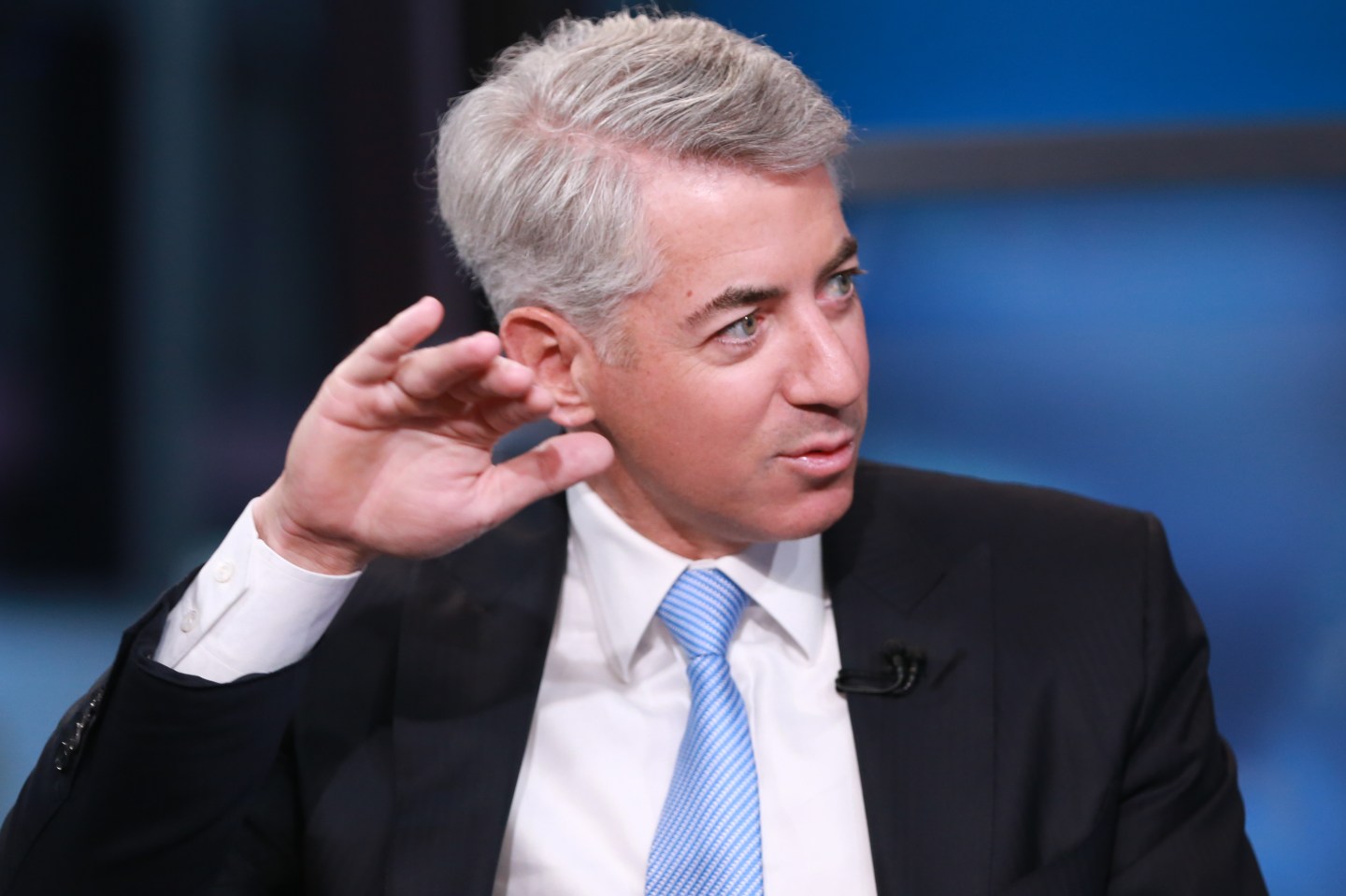 Bill Ackman delivered his latest assault on Herbalife on Tuesday, but it was far from the death blow the hedge fund manager has been aiming to deal the company since he began shorting its stock more than three years ago.

Ackman’s hedge fund Pershing Square Capital Management released a 13-minute video depicting former Herbalife (HLF) distributors claiming that they lost as much as $110,000 in the company, opening stores and loading up on its nutritional products that they were then unable to sell. Much of the documentary, entitled “The American Dream Denied,” was in Spanish with English subtitles (English parts were also subtitled in Spanish), and reinforced Ackman’s accusations that Herbalife is an illegal pyramid scheme that manipulates undocumented immigrants into selling its weight-loss supplements.

But Herbalife’s stock price barely budged immediately following the video, then rose after it aired, even as the broader market declined. Herbalife traded up more than 2% after having fallen slightly in the morning, hovering around $44 per share in the afternoon. The stock price needs to fall into the low 30s for Ackman to break even on the $1 billion he has invested in shorting the company, according to Fortune writer Roger Parloff’s recent feature on Ackman’s campaign, “The Siege of Herbalife.”

While Ackman’s previous presentations on Herbalife have sometimes swayed the company’s stock price by as much as 40%, the hedge fund manager may have lost some followers lately. His large bet on beleaguered drug company Valeant Pharmaceuticals (VRX) cost him dearly, with Pershing Square’s portfolio losing more than 20% last year as a result. Nonetheless, last month, Ackman blamed his risen troubles on the fact that he was too popular. Other hedge funds managers have bought the same stocks as Pershing Square, in order to mirror Ackman’s performance, but then were forced to sell them when the market dropped, ultimately hurting Pershing’s holdings, Ackman said.

Herbalife has taken Valeant’s struggles as an opportunity to discredit Ackman, releasing a statement in October saying, “I hope Bill Ackman has done more research on Valeant than he did on Herbalife, Target, Borders, and JC Penny.”

In the new documentary, former Herbalife distributors tearfully describe losing their homes, friends, and relationships with family members because of the money they sunk into Herbalife storefronts and products, leading to problems from debt to bankruptcy. The ex-distributors say they signed up with the company because they were told they could make $1000 per week, or $5000 per month. As a man behind the camera hands them a document appearing to disclose the average gross compensation for Herbalife distributors—and a statistic that 89% of them make nothing at all—all the video participants deny having ever seen the document before.

Herbalife declined to comment on the video, but has confirmed in the past that many Herbalife distributors don’t make money on the product because they are buying them for their own personal consumption. The company has also said that it discloses the average compensation for distributors.

Pershing Square, for its part, discloses at the end of the video that it paid the travel expenses of the people who participated, and also agreed to cover any losses they incurred as a consequence of making the film—on the condition that everything they said was true.