Bill Ackman to World: Not my Fault 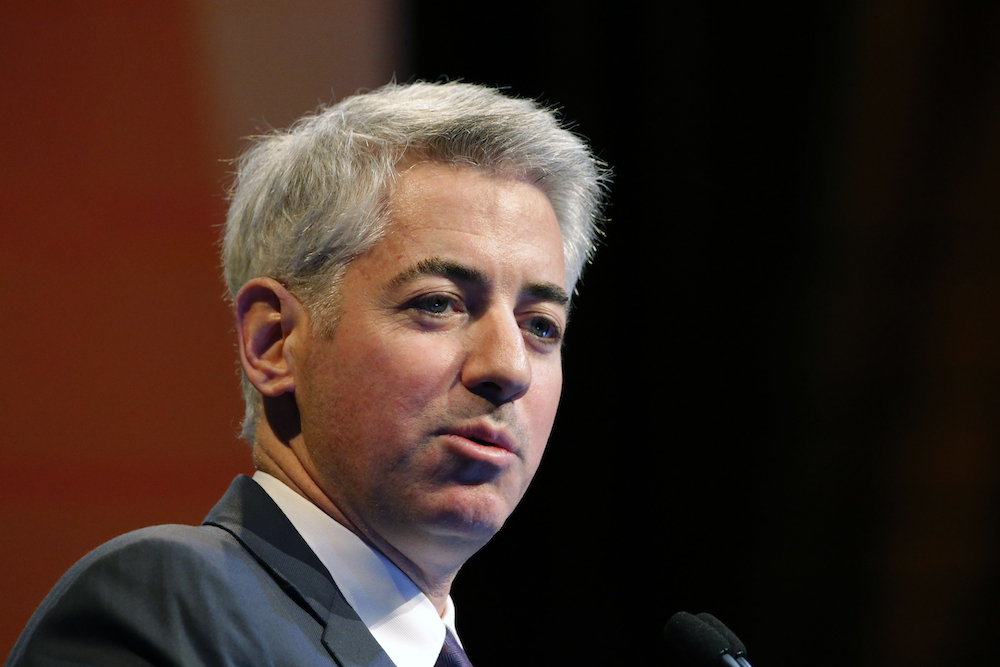 When you’re having a bad day—or in this case, year—sometimes it’s better just to own it.

But that’s not Bill Ackman’s style. Rarely, it seems, has the head of the $14-billion hedge fund Pershing Square Holdings made a mistake that wasn’t someone else’s fault. For a shining example of such delusion, look only to his 2015 year-end performance letter. It’s one of the best examples of non-ownership of bad news that I’ve ever read.

Let’s start with the facts: Pershing Square’s portfolio dropped 20.5% in 2015, net of fees—in a year when the S&P 500 delivered a total return of 1.4%. This comes after years of excellent performance, based on Ackman’s massive and controversial bets on companies like Canadian Pacific (CP), Valeant (VRX), and Fannie Mae (FNMA). Ackman has always swung for the fences—and I’m sure he would agree with the Babe Ruth quote on the walls of our office: “Every strike puts me a little closer to the next Home Run.”

But this year was, shall we say, one big whiff. Which happens, of course—but when it does, is it that hard to say you messed up?

For him, apparently so. Let’s start with the standard macroeconomic excuse. “There was no financial crisis except perhaps in the energy, commodity, and currency markets,” Ackman writes, adding a self-serving footnote: “We recognize that this is a bit like a property casualty company saying, ‘Except for Hurricane Sandy this quarter, losses in our portfolio were minimal.” Yep, it was a crazy year. So how come the overall market went up, even with the year-end volatility?

Says Ackman: “We do not believe that our investment performance in 2015 was primarily due to unforced errors, but rather due mostly to the market’s reappraisal of our holdings without a corresponding material diminution in their intrinsic value.” Say what? Apart from its tinge of corporate-speak, what he is saying is that we were right but the market was wrong.

Then comes a welcome bit of head-hanging. “We did make some important mistakes,” he writes. “Principally, we missed the opportunity to trim or sell outright certain positions that approached our estimate of intrinsic value.” In English, that means they were greedy and held on too long (though Ackman is famous for saying he’s a long-term investor).

Then the blame game resumes. Although Ackman has long benefited from the fact that stocks pop when he announces a stake because investors follow him in, he seems to have discovered that there’s another side to that when people began to lose faith, as happened with Valeant, for example. “The vulnerability of a company to an overall market decline, a short seller attack, or negative headlines is highly correlated with the nature of the investors who are the principal holders.” Indeed.

Ackman then goes into a long digression about the dangers of index funds and their potential for conflicts of interest. “Their focus on keeping fees low makes these operations inherently low-cost and laser focused on continued cost control rather than investing in building best-in-class governance oversight operations with sufficient scale to oversee thousands of companies,” he complains. It is also true, of course, that taking massive fees off the top for your investing prowess also incentivizes continued cost control—because you, personally, pocket much of the upside. Conflict potential? Check.

Ackman’s letter ends with a paragraph subtitled “Humility.” “I have often stated,” he writes, “that in order to be a great investor one needs to first have the confidence to invest without perfect information at a time when others are highly skeptical about the opportunity you are pursuing. This confidence, however, has to be carefully balanced by the humility to recognize when you are wrong.”

Here’s hoping that that actually happens.

Correction: An earlier version of this article stated that the S&P 500 rose 1.4% in 2015; in fact, the index declined modestly in 2015 and 1.4% was its total return including reinvested dividends.