Big Airplanes Are Getting Their First CO2 Limits Ever 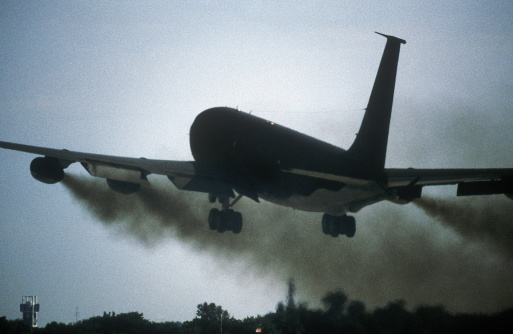 The aviation industry has agreed to clean up its act.

In Montreal on Monday, experts from across the sector agreed to adhere to binding carbon emissions limits for the first time. The proposed rules would apply to all airplanes after 2028, according to the International Civil Aviation Organization (ICAO).

The standards were developed over more than six years of negotiation, as the aviation industry has never come under global carbon regulation before. It’s an industry of particular interest to environmental advocates because, while commercial aircraft emit 11% of global transportation’s carbon, emissions from the sector are projected to triple by 2050, according to the White House.

On an individual basis, air travel is often a person’s greatest contribution to global warming. According to the New York Times, the average American generates about 19 tons of carbon dioxide each year; one trans-Atlantic flight could emit 2 or 3 tons of carbon alone.

The White House heralded the agreement in a press release Monday, calling it “part of a comprehensive approach” by the U.S. and other international leaders to rein in commercial aviation emissions. But some environmentalists say that the deal doesn’t go far enough, the Times reports. Under the new standards, by 2028, airplanes would be required to consume 4% less fuel than they did in 2015; depending on the size of the plane, the rules could cut emissions by 0% to 11%.

The proposed rules must now be approved by the governing council of the ICAO, which is the United Nations’ aviation agency. Each member state would then have to implement the rules into national law.