In the Age of Cord-Cutting, Super Bowl Still Draws in Huge Television Crowd 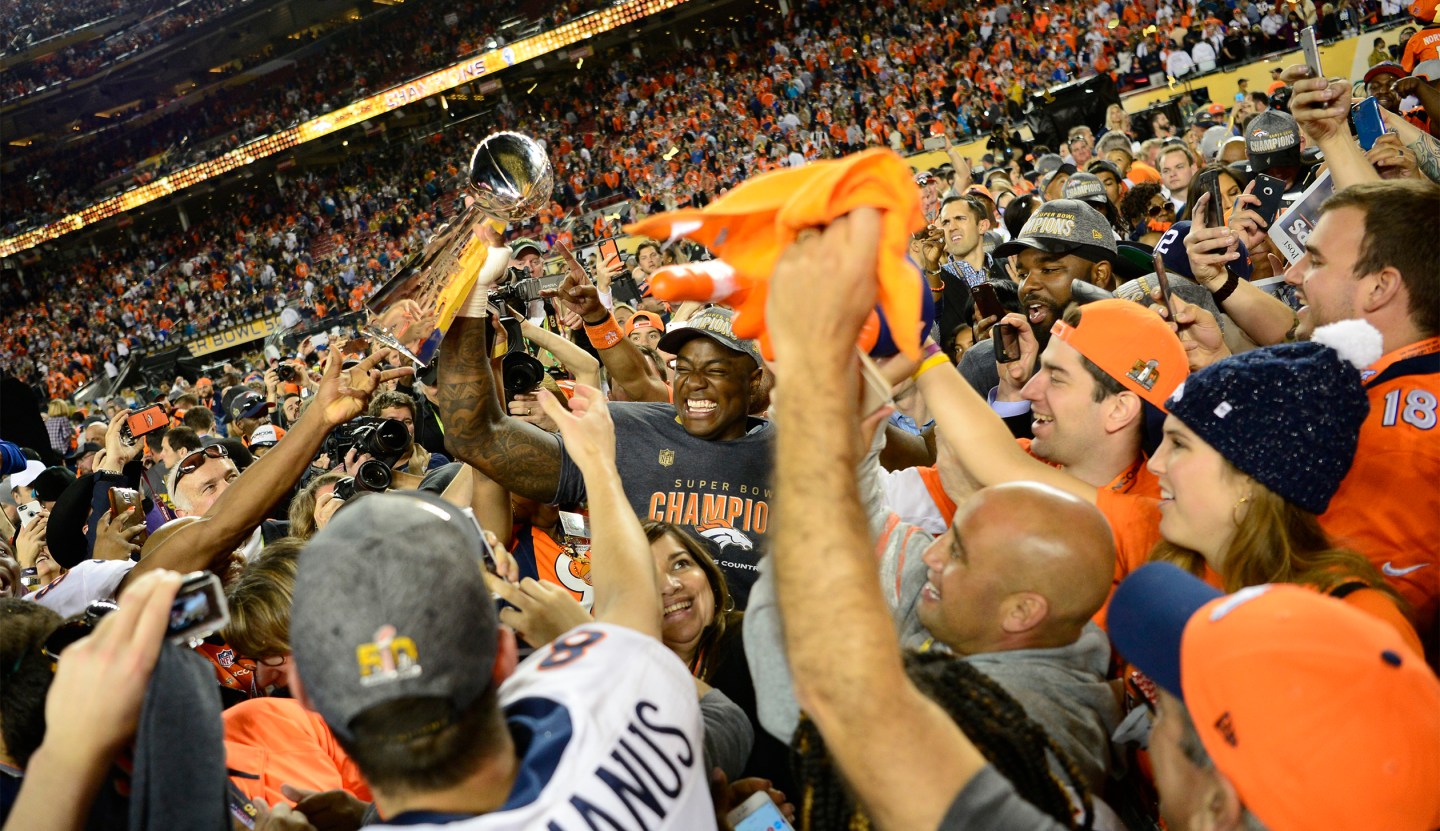 SANTA CLARA, CA - FEBRUARY 07: DeMarcus Ware (94) of the Denver Broncos hoists the trophy in a crowd of teammates and family after the game. The Denver Broncos played the Carolina Panthers in Super Bowl 50 at Levi's Stadium in Santa Clara, Calif. on February 7, 2016.
Photograph by Joe Amon — Denver Post via Getty Images

The TV audience for Sunday’s showdown on CBS (CBS) between the Denver Broncos and the Carolina Panthers was below the record 114.4 million viewers who watched the Super Bowl in 2015, Nielsen figures showed.

The Super Bowl is traditionally the most-watched television event annually in the United States, and TV audiences have risen for five of the last six Super Bowl contests. The 2014 matchup drew 112.2 million.

The 2016 figures do not include audience numbers for people who watched the game online, where CBS streamed the broadcast live for free.

Sunday’s Super Bowl also drew big numbers on social media, with some 200 million posts, comments or likes on Facebook during the game, and 3.9 million Tweets during the halftime show that starred Coldplay, Beyonce and Bruno Mars, Facebook and Twitter said.

Following the Super Bowl, a special live edition of “The Late Show with Stephen Colbert” drew 21.1 million viewers, about three times the show’s prior largest audience which occurred when Colbert took over as host in September 2015.