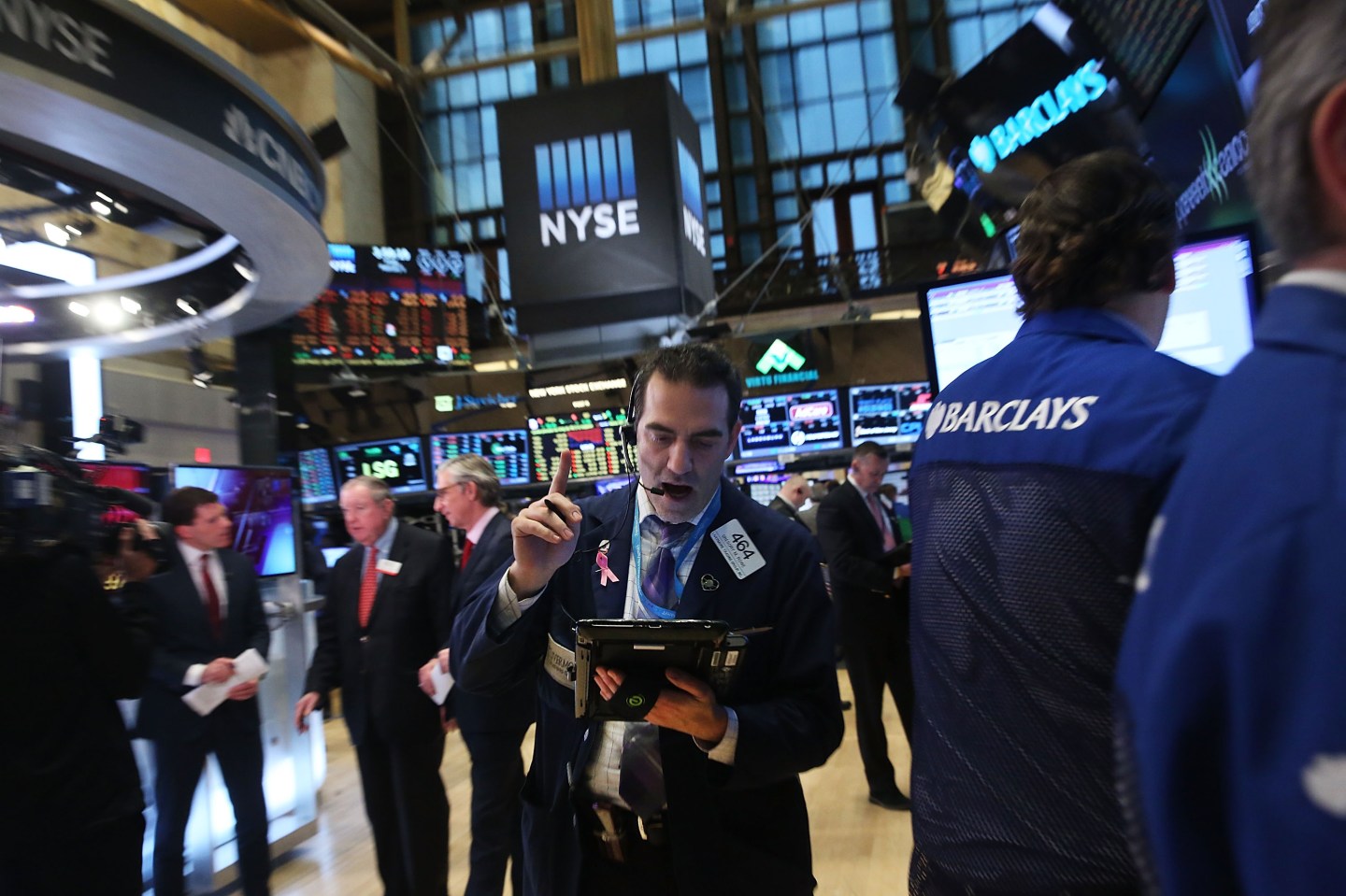 Monday was another brutal day for most stock market investors. The Dow Jones Industrial Average, S&P 500, and Nasdaq suffered deep losses, all down between 1.4% and 2%. The technology-heavy Nasdaq crept closer to a bear market, now down nearly 18% from its high last May. A drop of 20% is typically considering a bear market.

The often cited reason for the the decline are familiar to anyone who’s been following the market in recent months: questions about global growth brought on by persistently low oil prices. So while the drop in technology stocks has caught investors off guard this year, what has been even more surprising lately is the sector that’s somewhat bucking the trend: energy. On Monday, oil companies Chevron (CVX) and Exxon Mobil (XOM) were two of just four Dow Jones stocks to post gains on the day. There are 30 stocks in the Dow. What’s more, Exxon is one of only five stocks in the Dow that are up this year.

As Jim Paulsen, chief investment strategist at Wells Capital Management, pointed out in a note to clients on Friday, “Quite surprisingly, even though fears surrounding China, oil prices and a global manufacturing recession are still touted as the foremost investor anxieties, the main sectors comprising these fears (i.e., Emerging markets, Energy, Materials and Industrials) have all “outperformed” the overall S&P 500 Index so far this year.”

One reason for this is that the weakness in energy markets has been apparent for some time now, so investors have had time to price in the turmoil in that sector. The biggest losers this year, on the other hand, are the financial, healthcare, consumer discretionary, and technology sectors.

As Russ Koesterich, BlackRock’s Global Chief Investment Strategist put it in a research note Monday, “The recent weakness in stocks can be attributed to several factors. To start, we saw further volatility in energy markets. However, investors were more focused on further evidence of economic deceleration in the United States.”

While Friday’s job report showed surprisingly strong wage growth—a necessary ingredient for further economic recovery—the slowdown in the pace of overall job creation gave investors reason to believe that the current economic expansion has already hit a high-water mark. And this general macroeconomic pessimism becomes clearer when you look at the relative performance of different sectors from the start of the year.

On the one hand, you can see this rough patch in stock markets as mean reversion—what goes up must come down, and vice versa. On the other hand, these moves could also be interpreted as the investor class becoming increasingly worried about the state of the global economy. Technology stocks—which investors traditionally see as having better growth potential and therefore trade at higher earnings multiples—have much more to lose during an economic downturn than an energy firm selling gasoline and heating oil. Consumers have to heat their home, but paying for a LinkedIn subscription is a luxury your average consumer might forgo if his income falls.