Here’s Why Shares of LinkedIn are Crashing Today 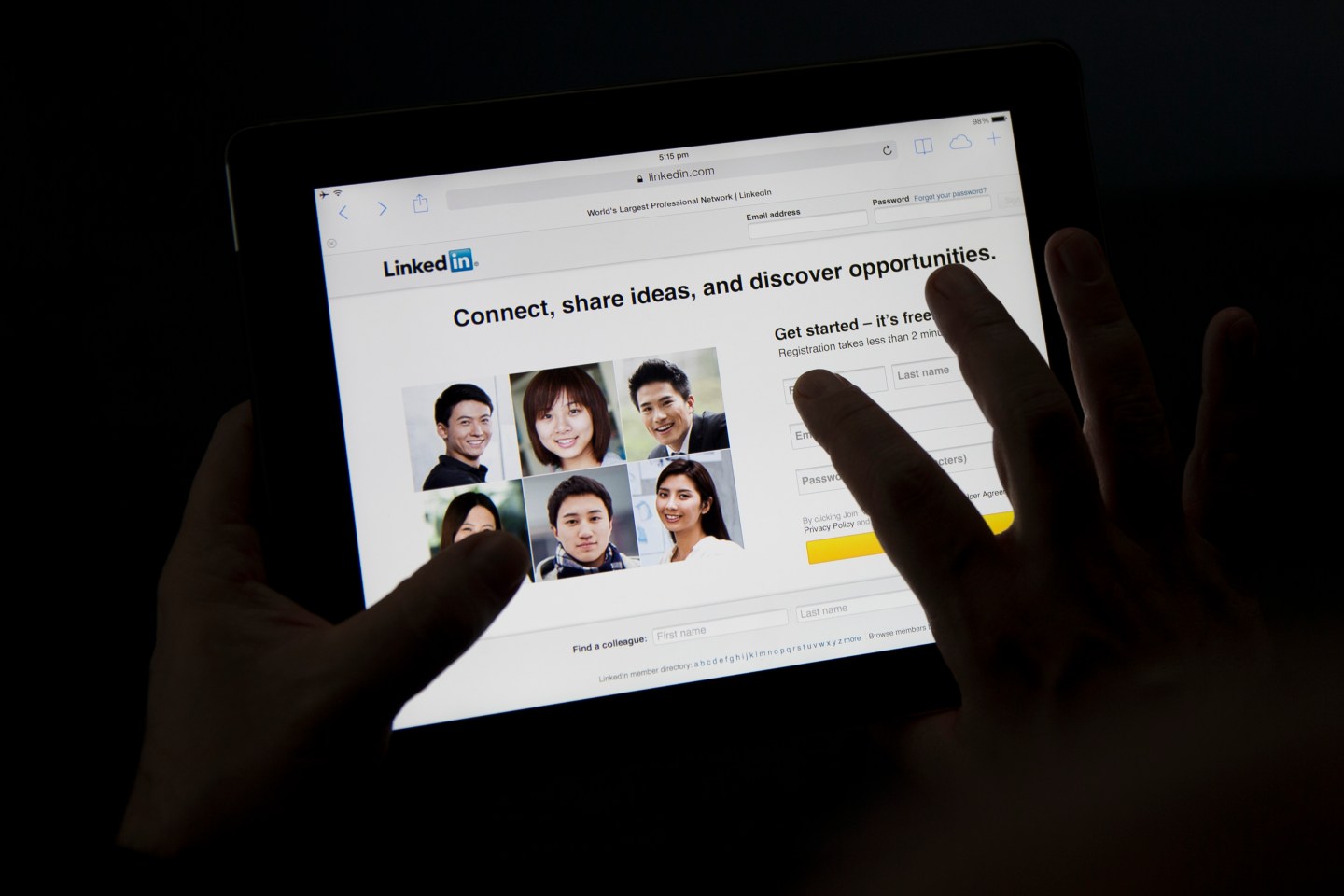 This story has been updated to reflect the opening of regular trading.

After the professional social networking company revealed weaker than expected guidance Thursday afternoon, Wall Street sent the stock tumbling. Shares had dropped as much as 40% in morning trading.

That’s despite the fact that LinkedIn posted what Morningstar analyst Neil Macker called, “a strong end to 2015 driven by strong performance across all three segments.” The company surpassed investor expectations of revenue and profit for 2015, posting adjusted earnings of 94 cents per share vs. the analyst consensus of 78 cents.

But investors are far more concerned about what LinkedIn will do in the future than what it did in the past. And the firm’s executives forecast adjusted profit in 2016 of 55 cents per share for the first quarter, below the average analyst estimate of 74 cents, according to Thomson Reuters I/B/E/S. The firm also forecast revenue of $820 million, vs. expectations of $866.9 million.

“In this market, there’s no mercy for a miss,” James Cakmak, an analyst at Monness Crespi Hardt & Co, told Bloomberg. Morningstar’s Macker concurred, arguing that “We don’t believe [yesterday’s closing price of $192.28] provides a large enough margin of safety” for investors.