What Fairway Needs to Do to Stay in Business 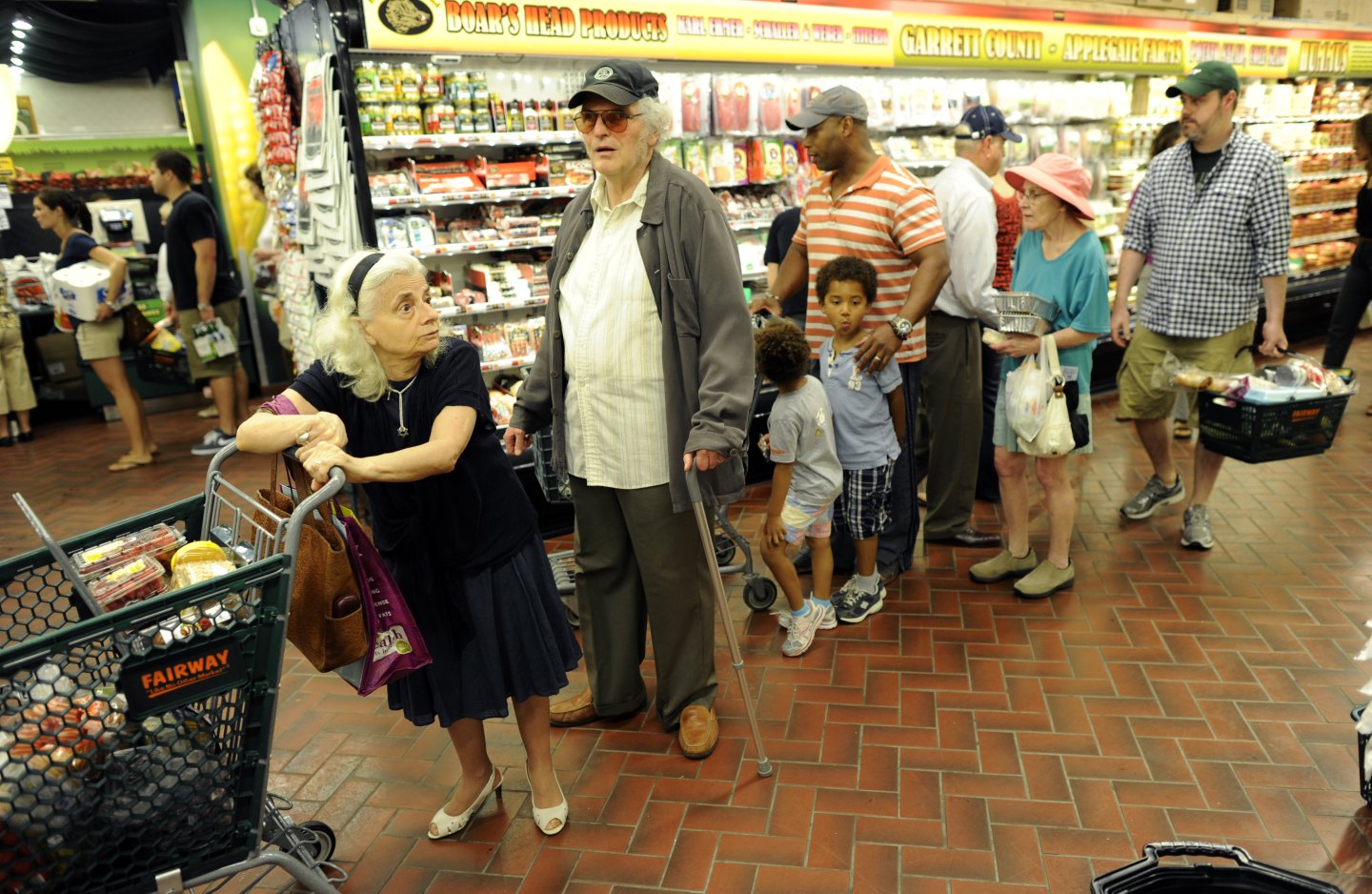 New Yorkers line up for the checkout line at the Fairway Supermarket on the Upper east Side August 26, 2011 of New York as Hurricane Irene continued toward the East Coast. Millions of people braced for the hurricane, a massive storm officials fear will cause widespread flooding and dangerous conditions up the seaboard. Officials from North Carolina to New York declared states of emergency as tens of thousands of the most vulnerable residents were ordered to higher ground as Irene raced toward the US mainland. AFP PHOTO / TIMOTHY A. CLARY (Photo credit should read TIMOTHY A. CLARY/AFP/Getty Images)
Photograph by Timothy A. Clary — AFP/Getty Images

Fairway Group Holdings (FWM), the parent of Fairway supermarkets, said it needs to raise more capital to stay in business over the long term, after losing money in each quarter since it went public in 2013.

In a Friday regulatory filing, Fairway said: “we need to raise additional capital to de-lever our balance sheet to allow us to continue as a going concern over the long term.”

It said a failure to raise capital may prompt its auditor to issue a “going concern” warning, which would constitute an event of default under a senior credit facility where it had $266.8 million outstanding as of Dec. 27.

The New York-based company did not immediately respond on Monday to requests for comment.

It had planned to open some 300 stores after going public at $13 per share in April 2013, but scaled back those plans amid mounting losses and competition from rivals such as Whole Foods Market (WFM), Trader Joe’s, and online grocer FreshDirect.