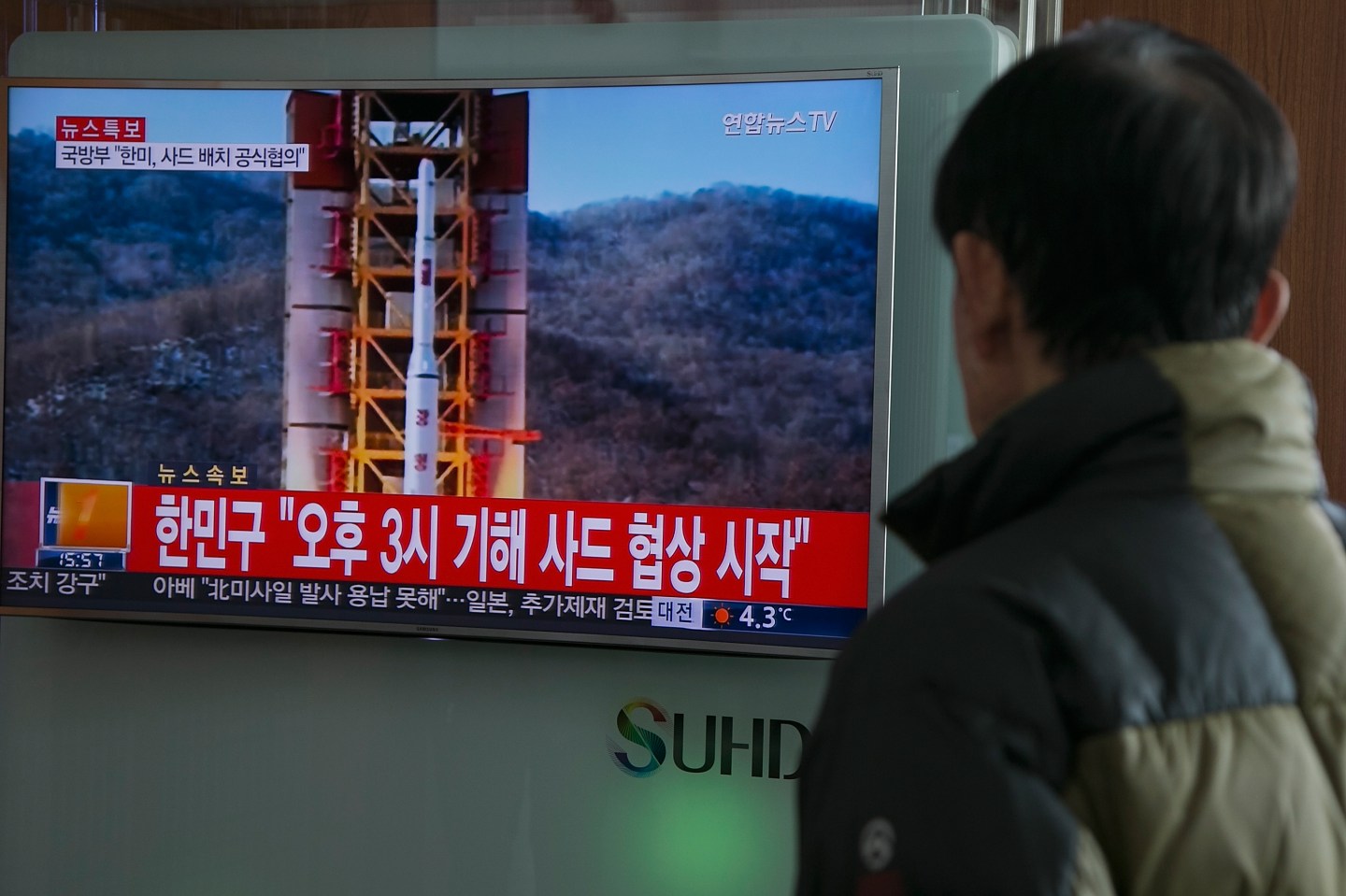 SEOUL, SOUTH KOREA - FEBRUARY 07: People watch a television screen showing a breaking news on North Korea's long-range rocket launch at Seoul Station on February 7, 2016 in Seoul, South Korea. North Korea launched a long-range rocket carrying a satellite on February 7, 2016. The launch is considered by Western experts as part of a program to develop intercontinental ballistic missile technologies, banned by the multiple of past resolutions of the U. N. Security Council against the country. South Korea, the United States and Japan have requested an emergency meeting of the U.N. Security Council. (Photo by Han Myung-Gu/Getty Images)
Photograph by Han Myung-Gu — Getty Images

Following North Korea’s rocket launch over the weekend, the United Nations Security Council is reportedly in talks about imposing new sanctions on the country.

After North Korea said that it had sent a satellite into space, South Korea confirmed that an object has in fact been launched into orbit, but it’s uncertain whether it was transmitting signals to Earth. The launch violates a U.N. ban meant to keep North Korea from developing its nuclear program, and the council says that the move is a threat to world security, the Wall Street Journal reports. Various countries, including the U.S., see North Korea’s satellite program as covert missile testing.

Washington and Seoul are in talks about deploying an advanced missile shield for South Korea known as Thaad (Terminal High-Altitude Area Defense). The goal is to “explore the feasibility of Thaad deploying to and operating on the Korean Peninsula at the earliest possible date.”

China opposes the missile defense system, saying it could increase tensions on the Korean Peninsula and wouldn’t be conducive to regional peace. It warned that its deployment could harm ties between Beijing and Seoul.

The U.S. and China have been discussing a possible expansion of U.N. sanctions on North Korea after its latest nuclear test last month, but differences between the two is delaying any action. China is a permanent member of the council and has veto power, so its support is crucial to any new sanctions.”The members of the Security Council restated their intent to develop significant measures in a new Security Council resolution,” the council said in a statement.

Reuters contributed to this story.