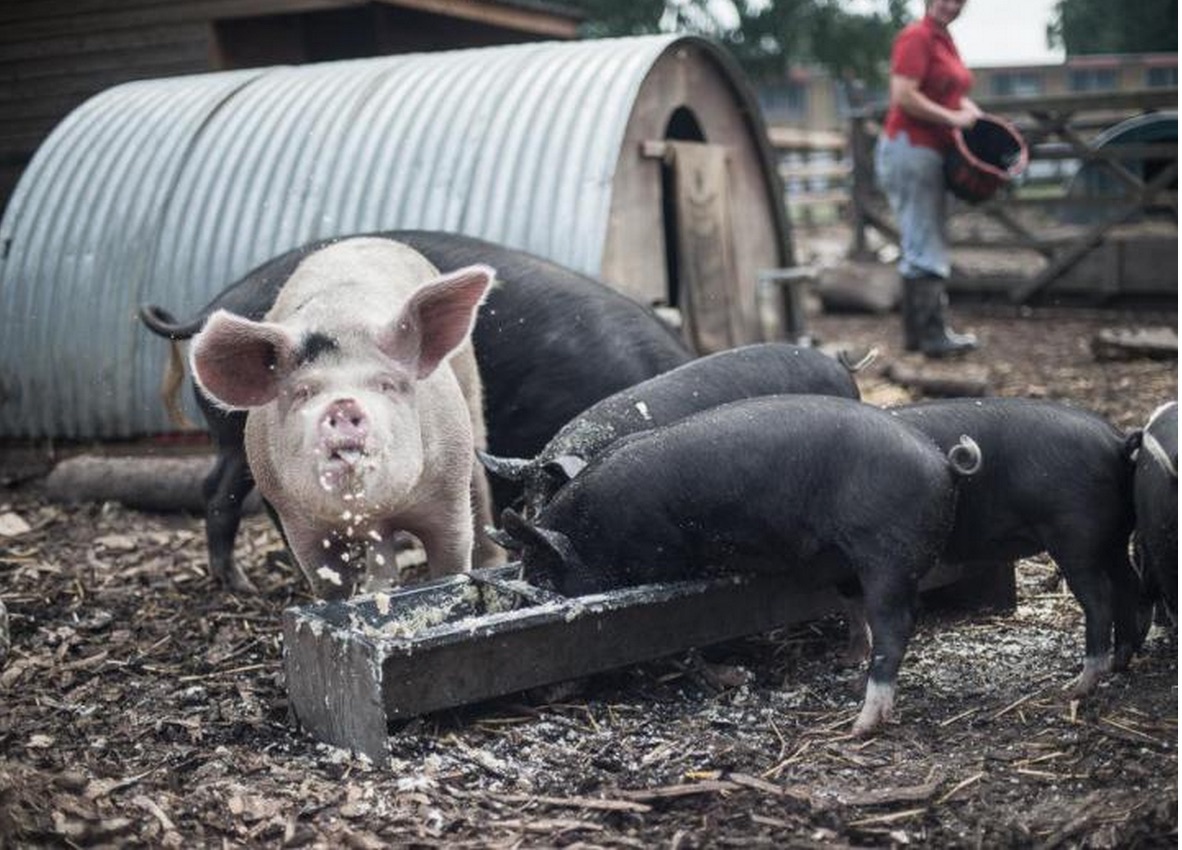 Few images are more emblematic of the American heartland than that of farmers taking their livestock to market. But if Nebraska Governor Pete Ricketts signs a bill passed last month by his state’s legislature, one of the last of the country’s traditional open livestock markets may soon close forever. The bill would remove one of the few safeguards that allow farmers to sell their livestock in a transparent and competitive way.

For decades, nine agricultural states had laws on the books protecting farmers from vertical integration and monopoly power in livestock farming. Those laws took the form of “packer bans,” and basically prohibited slaughterhouse operators from owning livestock and land. The goal was to force those corporations to buy the animals they slaughter in open and competitive markets, at fair market prices.

But over the past 10 years, America’s big meatpacking corporations have successfully pushed to overturn most of those laws. A turning point occurred in 2003, when the Eighth Circuit Court ruled that Iowa’s packer ban violated the Commerce Clause of the Constitution by discriminating against out-of-state corporations. A similar argument was used to overturn South Dakota’s packer ban that same year. Today, the Competitive Livestock Markets Act in Nebraska is the only strong packer ban that remains.

Today, Nebraska’s packer ban is set to be overturned. LB176, first introduced in January 2015 by State Senator Ken Schilz, would allow corporations to own hogs. Two weeks ago, the state’s legislators voted to advance LB176 to a final reading before sending it to the governor’s desk.

“Nebraska is the last state in the union with a cash market,” says State Senator Al Davis, who voted against the bill. “What happens in Nebraska is going to have an impact on the whole nation.”

The bill is not expected to immediately change the mechanics of Nebraska hog farming in a radical way. On the contrary, most of the same farmers who now raise hogs would continue to raise hogs. But they would do so as “contract growers” for multinational corporations, rather than as independent farm businesses. Under the contract model, farmers raise animals that are technically owned by the meatpackers, and then transport the animals back to the packer when they’re ready for slaughter.

Senator Davis notes that contract farming has become more prevalent in livestock states where packer bans have been overturned, and that the experience in those states shows that the contract model can be dangerous for farmers.

He says that many farmers who sign these contracts “think, ‘this is going to be a great thing.” But farmers often must take on huge loans to pay for the infrastructure required to meet packers’ demands for large herds. And the process by which farmers are paid is highly opaque, with little opportunity for farmers to negotiate a higher price.

When a farmer “can’t market your hogs in any other way besides going through a big corporate entity, you’re going to have to take the price that they offered,” Davis says.

When LB176 was first introduced by Nebraska’s unicameral legislature in 2015 the bill failed to advance beyond the floor debate. This year, the bill advanced to a final reading by a vote of 32-12.

Many opponents of the bill have focused on the role played by Smithfield, the country’s largest pork producer. “This bill was not brought by farmers. It was brought by Smithfield Foods,” says State Senator David Schnoor, who voted against LB176. In the highly consolidated pork industry, Smithfield is one of just four companies—the others being Tyson, JBS, and Cargill—that control 65% of the market. In many regions, only one or two companies dominate.

Lobbying records show that over the course of the first three quarters of 2015, Smithfield spent $46,222 on lobbying Nebraska legislators. Included in those efforts was lobbying in support of LB176. Then in December 2015, Smithfield made $12,450 in donations to 19 state senators who would later vote on LB176. Of those senators, 18 voted to pass the bill. And Smithfield’s tracks in Nebraska extend beyond LB176: the company also made a $10,000 contribution to Governor Ricketts’ gubernatorial campaign in 2014.

Critics of the bill have highlighted Smithfield’s close ties to the Chinese government. In 2013, Smithfield was bought by Shuanghui, a Chinese company now known as WH Group, the largest pork producer in the world. Shuanghui paid nearly $7 billion for Smithfield in the then largest ever acquisition of an American company by a Chinese firm. China’s government bank financed Shuanghui’s acquisition of Smithfield with a $4 billion loan.

Since the acquisition, advocates and policy-makers have expressed concern that this company—which controls 1 in 4 hogs in the United States—wields too much power over this market, and over farm politics in many states.

Many farmers and legislators are worried about the impact LB176 will have on the long-term landscape of farming in Nebraska. “My big fear of course is that this is not just a push for hogs, but also for cattle,” says Senator Davis, voicing a common concern among opponents of the bill. Dave Wright, president of the Independent Cattlemen of Nebraska, echoes his worry. “Senator Schilz was quite clear that he wants [to overturn the packer ban for] cattle next,” Wright says. “This is just a stepping-stone.”

In the coming weeks, LB176 will undergo a final reading before heading to the governor to sign. In the final reading process, the bill can’t be amended but could be sent back to a prior stage of debate for the addition of amendments. If the bill passes, as many observers think it will, the hog industry in Nebraska will continue to exist; it may just be controlled by a foreign-owned corporation.