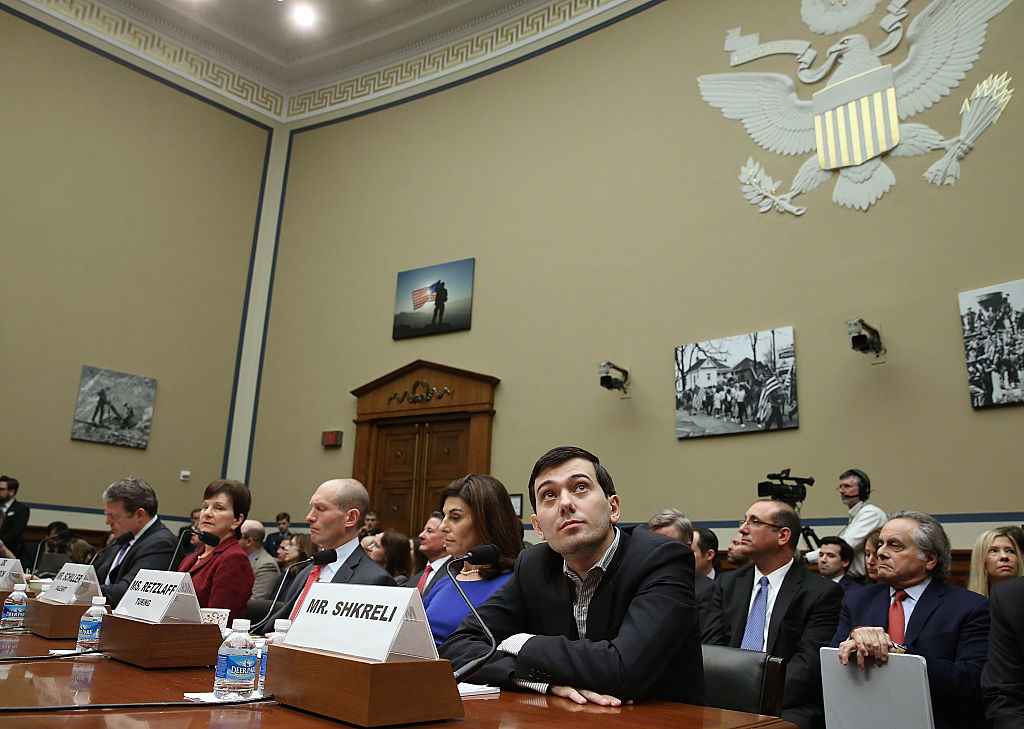 Martin Shkreli showed up in Washington today to attend a hearing of the U.S. House Committee on Oversight and Government Reform. Rather than provide answers as to why his former company, Turing Pharmaceuticals, jacked up the price of an off-patent drug called Daraprim by over 5,000%, he opted to invoke his Fifth Amendment right to not ” be a witness himself.”

“I intend to follow the advice of my counsel, not yours,” Shkreli told Rep. Trey Gowdy, a Republican from South Carolina.

That terse answer was a relative mouthful given Shkreli’s limited replies during his appearance at the hearing. However, that code of silence went out the window once he took to Twitter (TWTR). Shkreli used the public platform to first insult the lawmakers then justify his nonchalant appearance after smirking throughout the hearing.

I had prior counsel produce a memo on facial expressions during congressional testimony if anyone wants to see it. Interesting precedence.

Shkreli, who is no longer CEO of Turing but is still its largest shareholder, was subpoenaed and required to appear as a witness at Thursday’s hearing. Ahead of the hearing, Turing was also required to supply documents related to its pricing of Daraprim. According to excerpts from the nearly 250,000 pages of documents provided, Shkreli expected the payoff to be “huge” from the price increase, calling it a “handsome investment for all of us.” Shkreli didn’t comment on those statements to lawmakers—or on Twitter.