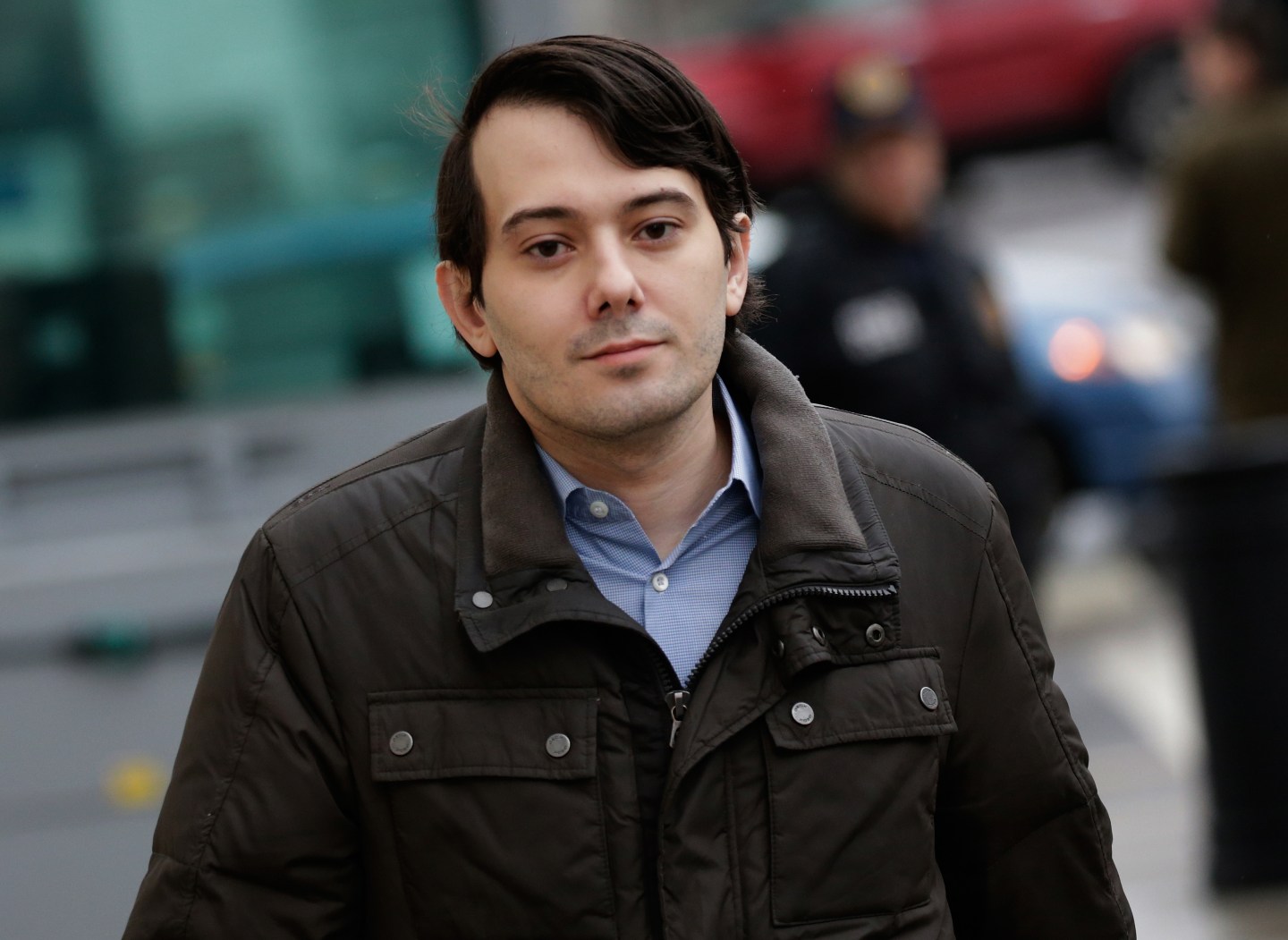 Martin Shkreli, former chief executive officer of Turing Pharmaceuticals LLC, arrives at federal court in the Brooklyn borough of New York, U.S., on Wednesday, Feb. 3, 2016. Shkreli, charged with securities fraud and called before a congressional panel, has replaced his legal team with Benjamin Brafman, the lawyer who helped get Sean "Diddy" Combs acquitted of gun and bribery charges in 2001. Photographer: Peter Foley/Bloomberg via Getty Images
Photograph by Bloomberg via Getty Images

The medicine, used to treat a parasitic infection, once sold for $1 a pill.

At a hearing of the U.S. House Committee on Oversight and Government Reform, Shkreli sat at a table with arms crossed and repeatedly declined to answer questions about the effects of the price hike on patients.

“I intend to follow the advice of my counsel, not yours,” Shkreli told Rep. Trey Gowdy, a South Carolina Republican.

The Fifth Amendment of the U.S. Constitution says no person shall be compelled in any criminal case “to be a witness against himself.”

Shkreli was arrested in December and charged with running his investment funds and companies almost like a Ponzi scheme. He has pleaded not guilty, stepped down from Turing, and was fired from KaloBios Pharmaceuticals Inc.