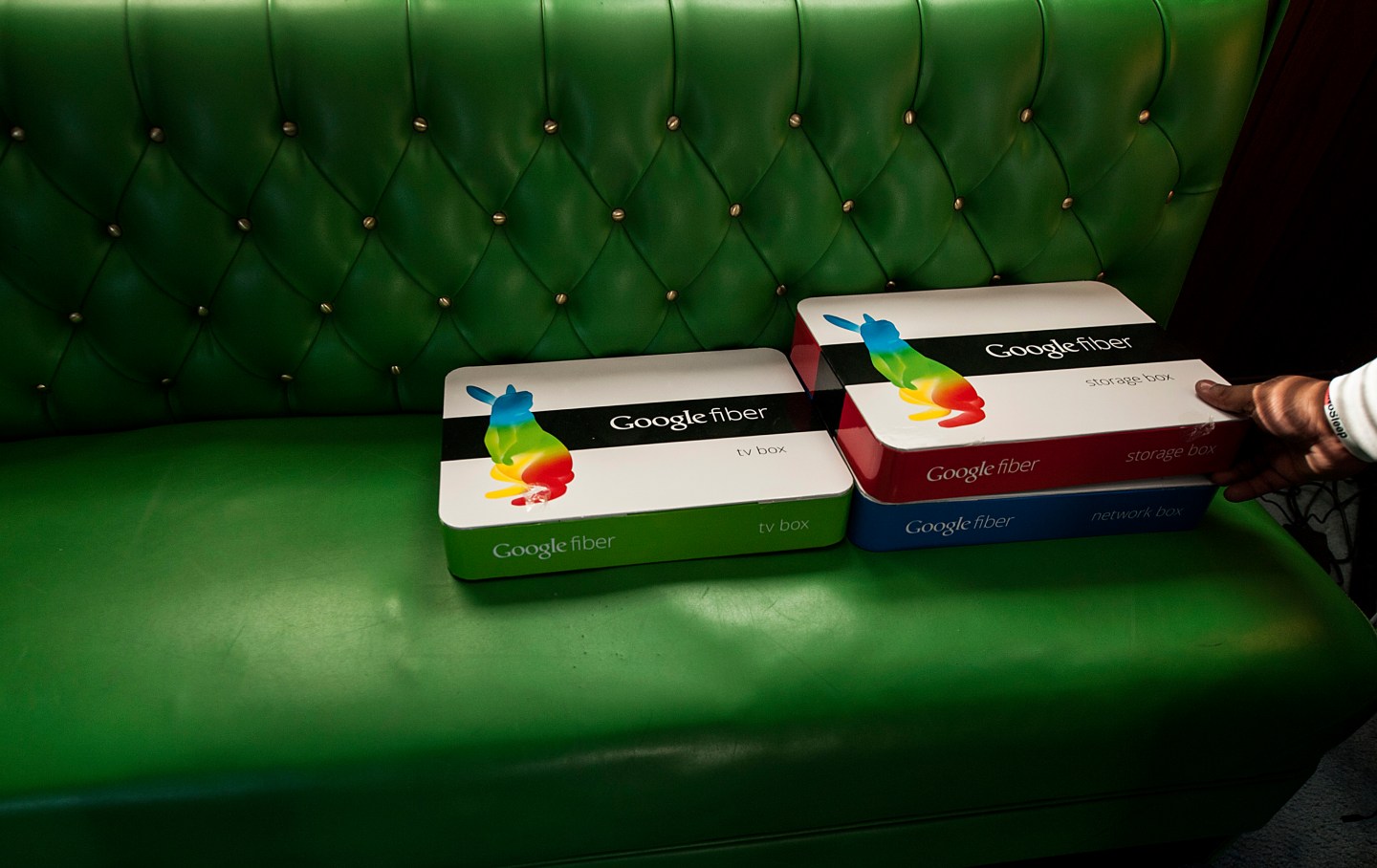 Boxes of equipment needed to install Google Fiber broadband network sit on a couch at the home of customer Becki Sherwood in Kansas City, Kansas, U.S., on Tuesday, Nov. 27, 2012. Google Inc. will move a step closer to offering the fastest citywide Internet service in the U.S. tomorrow when it picks the first neighborhoods in Kansas City to get hooked into a new fiber-optic network. Photographer: Julie Denesha/Bloomberg via Getty Images
Photograph by Bloomberg via Getty Images

Google is making good on last summer’s pledge to provide free high-speed Internet to low-income homes across the U.S., starting with 100 homes in Kansas City.

The tech giant said last July that it would help set up residents in public and affordable housing with free Internet access, and with no installation cost, across select cities where its Google Fiber service is available. The pledge is part of a broader White House initiative, announced last year by the Obama Administration and called ConnectHome, which aims to eventually connect 275,000 low-income homes to free high-speed Internet service through a handful of participating providers.

Google (GOOG) announced its first completed project under the ConnectHome initiative on Wednesday, with the company working with the Housing Authority of Kansas City to outfit 100 homes in that city’s West Bluff public housing complex with free Google Fiber connections.

Google said it will continue to work with affordable housing providers to connect more homes across Kansas City, and the company also said it plans to eventually provide free high-speed Internet access to select public housing residents in every city where Google Fiber is available. The service, which normally costs around $70 a month, is currently available in nine U.S. cities, with plans to expand.

“The U.S. has some of the most expensive broadband in the world, while lagging far behind other countries in Internet speeds,” Google Fiber vice president Dennis Kish said in a blog post. “And, for families in affordable housing, cost can be one of the biggest barriers to getting online.”