Bourbon and Whiskey Sales Are Soaring Around the World 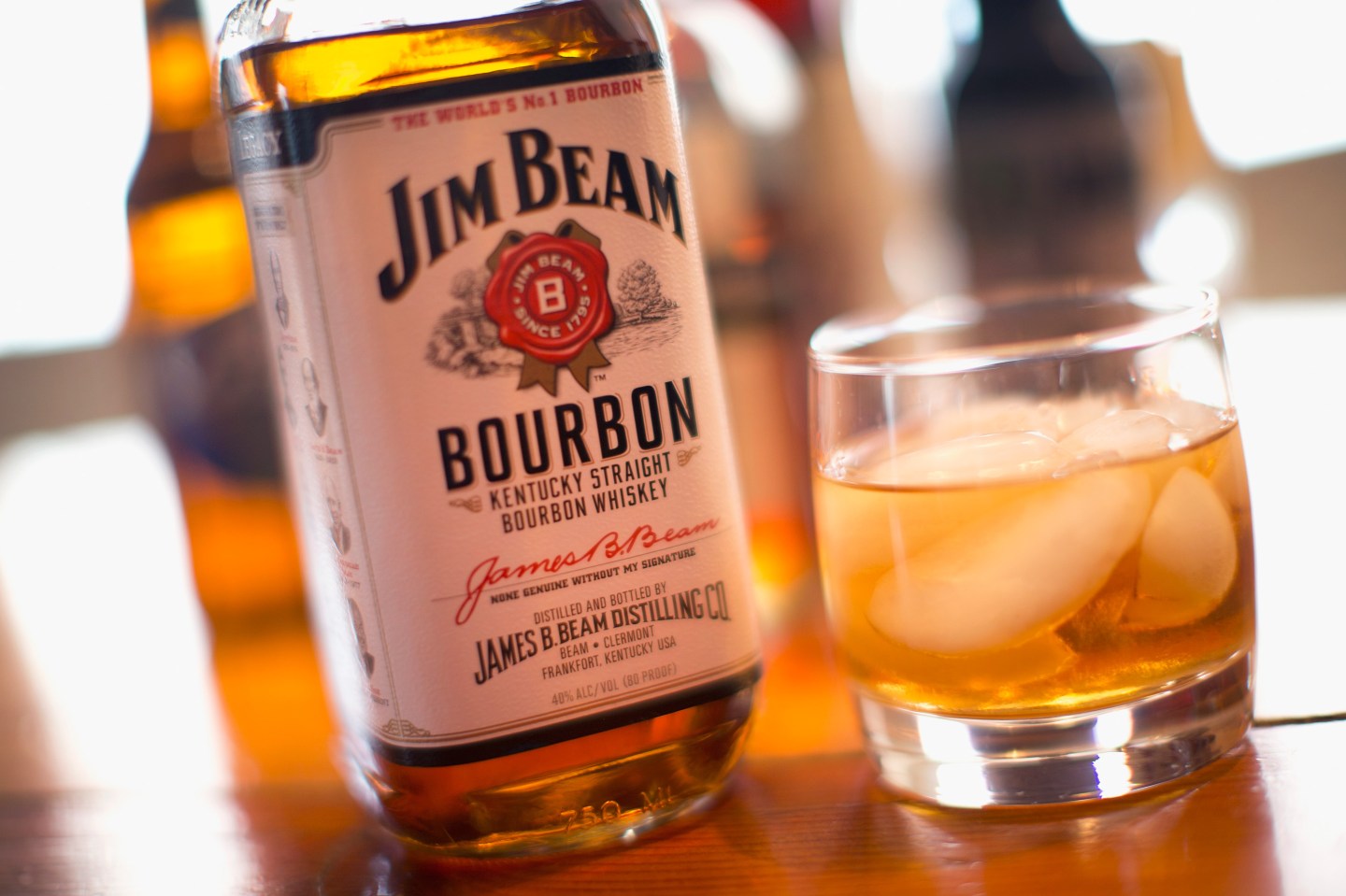 CHICAGO, IL - FEBRUARY 03: Jim Beam bourbon is shown on February 3, 2015 in Chicago, Illinois. Sales of U.S. produced bourbon and Tennessee whiskeys were up 7.4 percent in 2014. The spirit industry, led by whiskeys from the U.S. and the British Isles, and Tequilas from Mexico, continue to grab market share from breweries which have seen their share of overall alcohol beverage sales fall more than 10 percent since 1999. (Photo Illustration by Scott Olson/Getty Images)
Photograph by Scott Olson — Getty Images

A thirst for bourbon, Tennessee whiskey, and rye whiskey at home and abroad helped to boost the overall supplier sales for spirits up 4.1%, said the Distilled Spirits Council in a statement. American whiskeys outpaced the industry with a 7.8% growth from the previous year to revenues of $2.9 billion.

“Whiskey in particular, the highest-priced products are flying off the shelves the fastest,” Distilled Spirits Council spokesman Frank Coleman told The Associated Press.

It’s the sixth straight year that spirits have increased their market share in the overall alcohol industry relative to beer, with each point increase adding around $680 million in supplier sales:

Exports to overseas markets such as the U.K., Canada, and Germany have more than doubled in the past decade, from $743 million in 2005 to a projected $1.56 billion last year. These seem to be fed by a global demand for cocktails containing top-tier brands, and a trend toward high-premium whiskeys around the world, distillers told the AP.

“The positive performance of distilled spirits is the result of many factors including market modernization, product innovation, consumer premiumization and hospitality tax restraint,” said Distilled Spirits Council President and CEO Kraig R. Naasz in the statement.