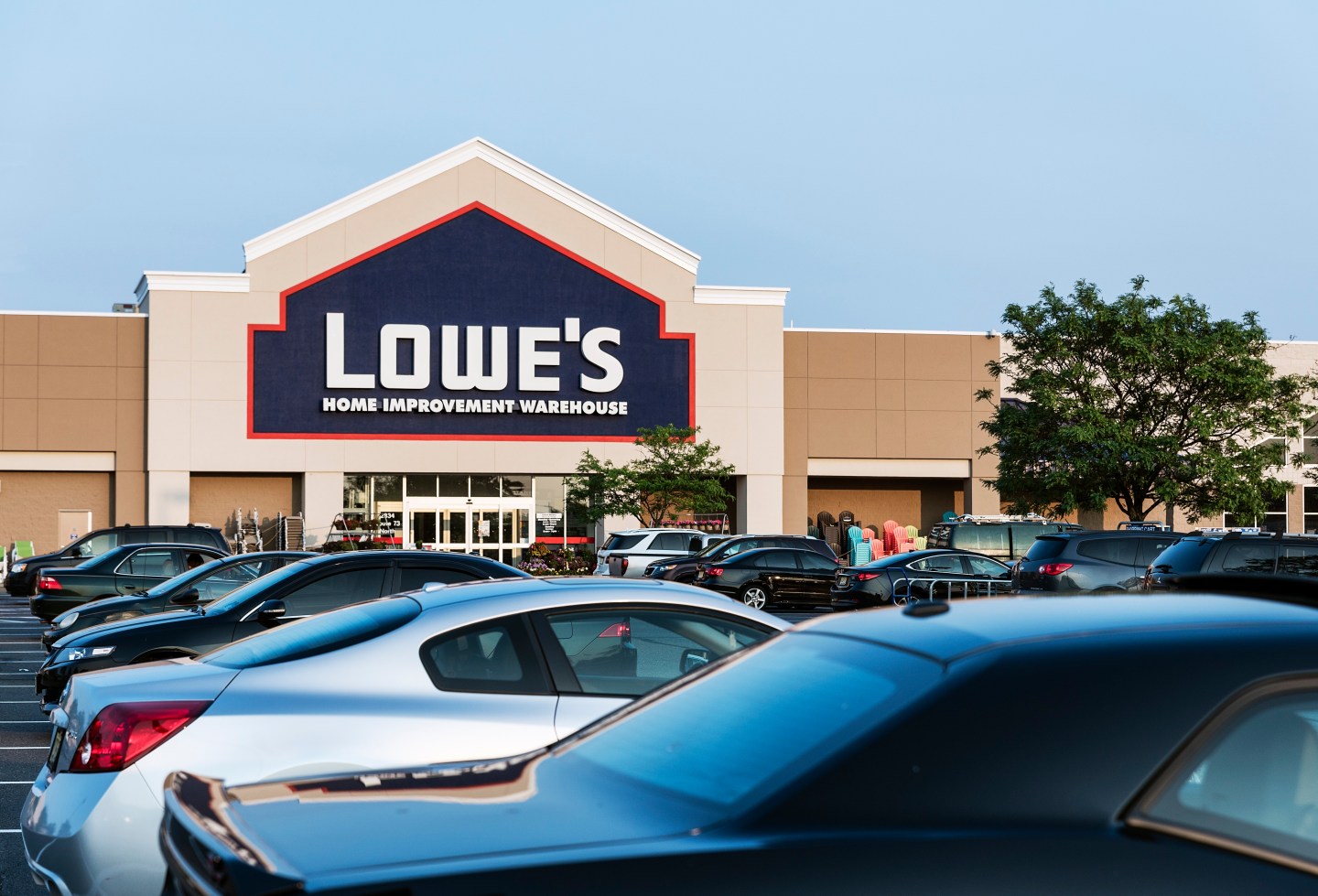 Lowe’s (LOW) has made a $2.3 billion bid for Canadian home improvement retailer Rona, four years after a first attempt was met with deep opposition from the Quebec government and leading opposition party. The political backlash scuttled the 2012 offer, which was aimed at giving Lowe’s a bigger foothold north of the border where the home improvement business is a $32 billion market.

The deal would be a significant boost for Lowe’s, which had been trying to build its Canada business organically, a painfully slow process. The retailer only has 42 Canadian stores, none of those in Quebec, a province that accounts for 23% of the Canadian population. (The Home Depot (HD) had 181 as of its most recent annual report.) Last year, Lowes did snap up 12 former Target (TGT) locations that it will reformat. Still, after the 2012 episode, Lowe’s kept its eye on Rona, which has 236 company-owned stores. Last year, Lowe’s CEO Robert Niblock reached out to Rona’s chairman to float the idea of a tie up again.

“We were watching what had been going on at Rona,” Niblock told Fortune in an interview. “We liked what we saw. It was a different operation than what he first looked at.” Still, he acknowledged the potential for the deal to be a political football again. “We’re in a much different place than we were at in 2012. We understand why there may be some opposing views out there, and we’ll go through the process and the necessary conversations. But we feel we’re in a much better place.”

(Translation: Rona : If the Caisse still owns more than 10% of shares, it must say no.) (The Caisse said on Wednesday it would support the deal.)

Canada has broad power to block overseas acquisitions, but the government has generally stuck to wielding that power in the natural resources sector, which is seen as strategic. Rona was the exception. Four years ago, politicians in the majority French-speaking province in both the government and opposition were fearful of Quebec losing another corporate head office and one of its top retailers. The Quebec government called Rona a “strategic interest” and opposed the deal saying it would hurt Rona’s 15,000 employees in the province.

Lowe’s clearly learned its lesson from 2012, when it made missteps such as putting up an explanatory web site for Quebec dealers that was in English-only. This time, in its new bid, announced Wednesday, Mooresville, North Carolina-based Lowe’s made specific commitments to mollify any potential opposition, including putting its Canadian headquarters in Boucherville, Quebec (near Montreal), maintaining Rona as a separate chain, and minimizing job cuts, including keeping most of Rona’s senior executives in place.

Niblock and CFO Bob Hull traveled to Montreal to announce the deal and hold a press conference. Lowe’s also lined up support from Rona’s board, which had opposed the 2012 bid, and got buy in from the competition bureau of Quebec and Canada. So the deal should go through. And if it does, Lowe’s Canada and Rona stores will create Canada’s biggest home improvement retailer with 2015 pro forma revenues of approximately $4.1 billion.

Rona is also in a better place. Niblock said Rona was a much more attractive acquisition now thanks to its efforts to close underperforming stores, lower costs, shed non-core assets and a new CEO and chairman. The result: Four straight quarters of same-store sales growth at Rona. In 2012, Lowe’s offered $1.9 billion for Rona at a time the Canadian and U.S. dollars were worth the same. This time around, Lowe’s got a hand from the weak Canadian dollar, which has fallen by a third since then, helping it afford Rona’s much greater value now.

Lowe’s said in a press release it sees opportunities for $1 billion plus in revenue and profit growth including using its expertise to sell appliances and in integrating stores and e-commerce, as it does in the United States.