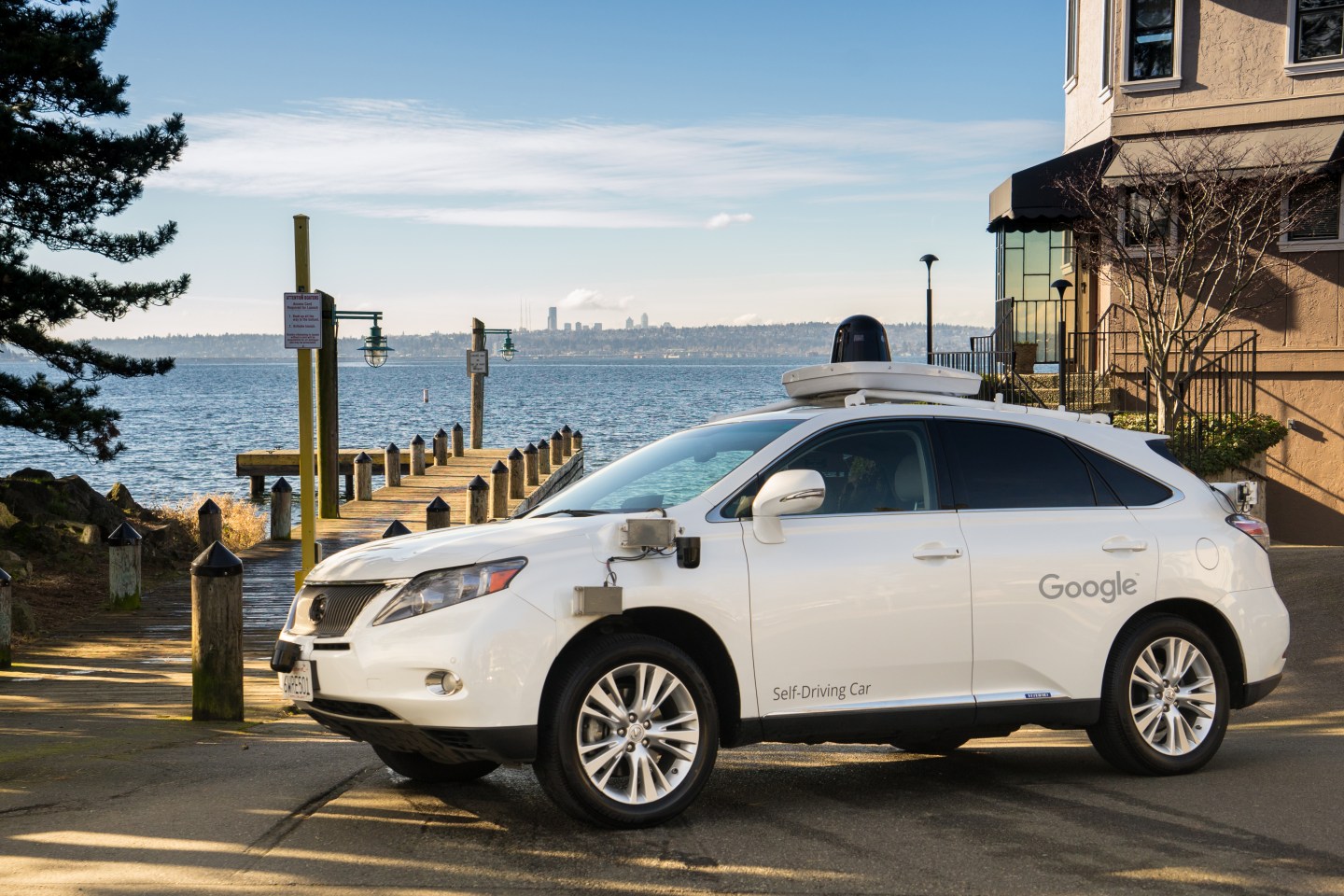 Google is expanding its self-driving car project to Kirkland, Wash., a city that allows the company to test its driverless vehicles in a wetter environment.

Google says it picked the city because it has a temperate climate with seasonal rain that is perfect for wet weather practice. The city’s hills will also allow the company to test its sensors at different angles and elevations, Google said in an emailed release.

Google has a diverse selection of sensors, including radar that can see through incremental weather. However the company must still test and teach the cars how to handle wet, slippery conditions. And because the company’s laser sensors are able to detect rain, it has to teach the cars to see through the raindrops and to continue to properly detect objects.

Kirkland is on Lake Washington, about 11 miles northeast of Seattle, which receives about 38.6 inches of precipitation each year. Google’s headquarters in Mountain View, Calif. is considerably drier with about 14.7 inches of annual rainfall.

Google already has an office in Kirkland, which was established more than a decade ago, according to Jennifer Haroon, head of business operations for the Google self-driving car project.

Google, which began testing self-driving cars in 2009, is using 22 modified Lexus RX450h SUVs and 33 prototypes of its own design. The company expanded testing to Austin in July for the different driving environments, traffic patterns, and road conditions—the same language it’s using to announce the addition of Kirkland.

Why the mayor of Austin digs Google’s self-driving car

Google test drivers have already been driving one Lexus RX450h SUV around a few square miles in North Kirkland and creating a detailed map of the streets, including lane markers, traffic signals, curb heights, and “keep clear” zones. The car is now ready to drive itself, Google says. If the initial testing goes well, Google says it will map and drive in more areas of Kirkland.

Google plans to introduce self-driving cars to the public by 2020. It must test in other cities, particularly those with different weather conditions, if it hopes to deploy these cars for widespread public use.

The company also faces regulatory challenges that could slow its efforts. For example, preliminary rules in California prohibit the use of fully autonomous driverless cars that lack a steering wheel or a brake pedal. In June, Google introduced a self-driving car with no pedals or steering wheel, but lots of sensors and software. For testing on public roads, those two-seater vehicles are equipped with removable steering wheels, accelerator pedals, and brake pedals so test drivers can take over driving if necessary.

Last week, Chris Urmson, director of the Google self-driving car program, asked the Federal Communications Commission to renew a license that lets it test radio transmitters in the 76 GHz range—likely used by the radar system on its cars. The filing, which was first reported by Mark Harris for IEEE Spectrum, hinted that Google was preparing to enter into four more U.S. cities with its self-driving cars.

The names of the cities were redacted in the application. It appears that Kirkland is one of those unnamed cities.