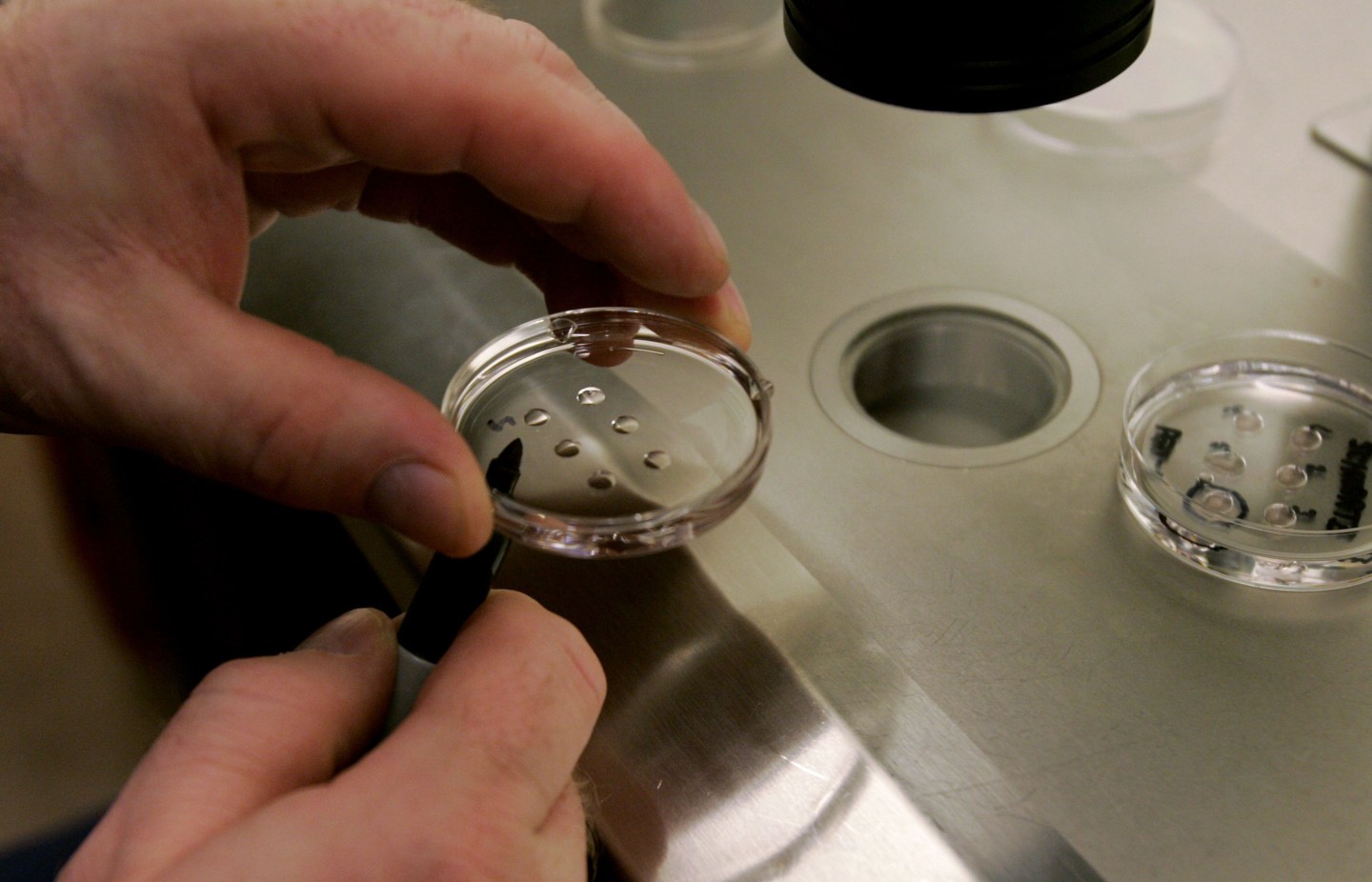 When it comes to changing the structure of the human genome, those basic genetic instructions that make us homo sapiens, how much editing is too much? That’s the question that’s been plaguing international ethics committees and human genome researchers worldwide ever since a new technology made it easier than ever to cut and paste human DNA.

On Monday, the British Human Fertilisation and Embryology Authority (HFEA) weighed in with a first answer. It authorized a team of stem cell researchers at the Francis Crick Institute in London to begin cutting and pasting DNA in human embryos.

The team, led by stem cell scientist Kathy Niakan, wants to study healthy human embryos in the lab and use the research to improve fertility treatments like in vitro fertilization. The researchers hope to glean new insights into how embryos develop best by experimenting with turning on and off some of the genes that form a fetus.

“It could provide us with important insights into which genes are essential for the first week of human development, before implantation into the mother’s womb,” Niakan wrote to Fortune in an email.

Her group has edited gene embryos in mice before, but this would be its first time trying the technique out on human embryos. The stem cell researchers say they’re only interested in studying the edited human embryos for the first seven days of development after they’re fertilized. After that, the embryos would be destroyed.

The science is made possible via the new and widely applauded cut-and-paste function discovered for snipping DNA called CRISPR-Cas9. The technique is based on a system bacteria use in nature to prevent infections. And it’s already being used to birth cows, pigs, and other animals. But it caused controversy the first time it was used on human embryos in China last year. The results of that experiment, which was not approved by any governing body, were published in April. They showed the technique wasn’t precise enough to try in humans just yet.

What the CRISPR-Cas9 technique still lacks in razor-fine precision, it makes up for in ease of use. There are even home CRISPR-Cas9 kits for sale on Indiegogo so you can edit genes to grow bacteria or turn yeast red, right at the kitchen table.

Although there are no embryo editing bans in the U.S., researchers can’t use federal funding to modify human embryos. And while the HFEA monitors all U.K. research dealing with embryos, there is no official international regulatory authority for editing genes. This new British research could mark a first step towards more gene editing in human embryos worldwide. Before going forward with its infertility research though, the Crick group is waiting to pass muster at a local U.K. research ethics board.

But what about using the editing technique on fetuses that develop for more than 7 days? Dr. George Daley directs the stem cell transplant program at Boston Children’s Hospital and a stem cell lab at Harvard. When he spoke at the International Summit on Human Gene editing in December, he pointed to the CRISPR-Cas9 technique’s potential to help solve problems in fetuses that become full-term babies, too. He says the cut-and-paste technique could prevent inherited genetic disorders and blindness in infants. But many worry that editing DNA in humans could blur the lines between ‘fixing’ and ‘building’ designer babies. For now, the technique is gaining traction only in the petri dish…not the womb.