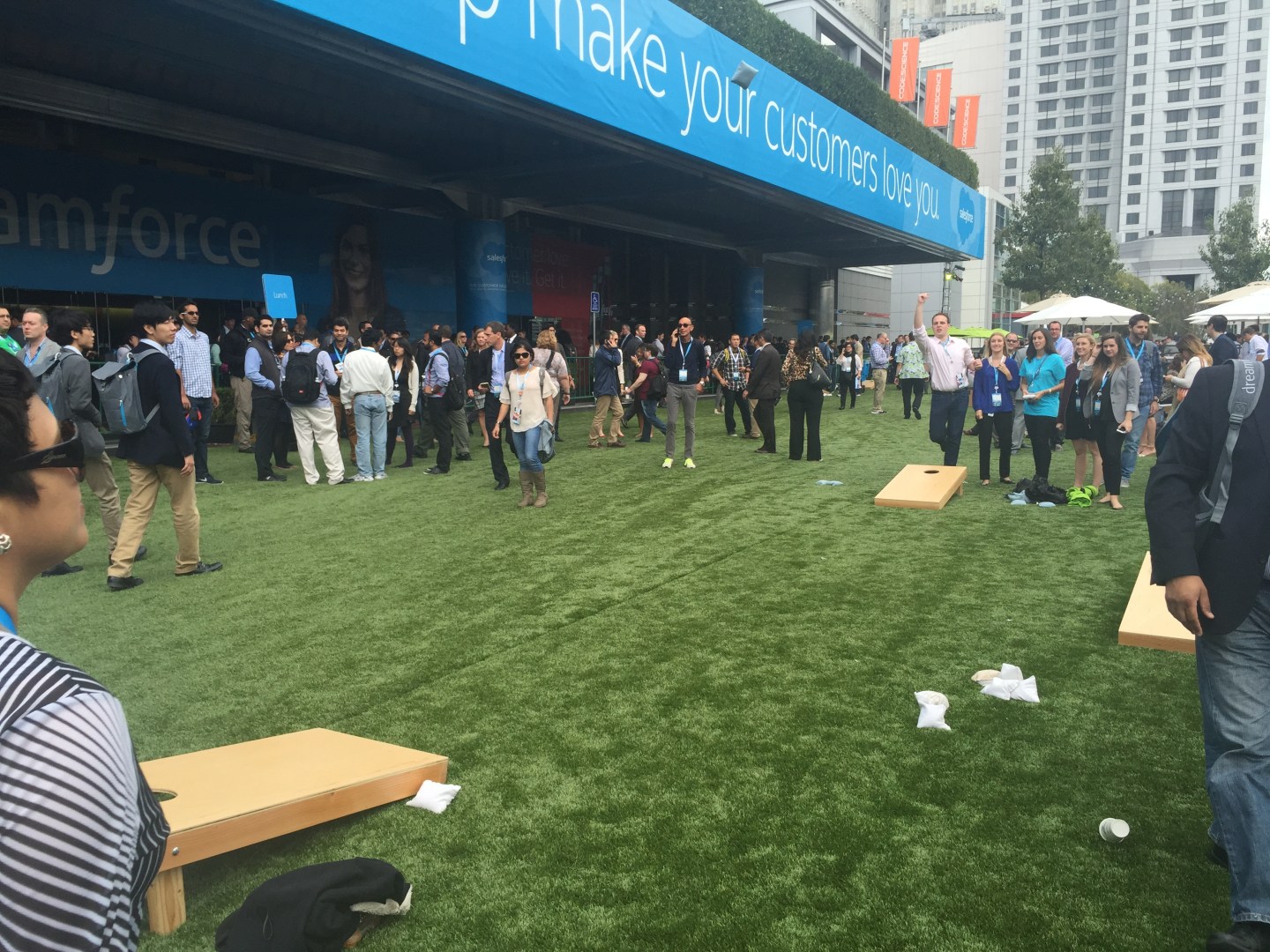 Salesforce’s chief operating officer George Hu was on unpaid leave for most of 2015 working on his own startup, Peer, which is building an employee performance app. Hu formally parted ways with the company in mid-November.

Block was already vice chairman and president, titles he has held since he was hired in 2013 after parting ways with Oracle. This promotion puts him in charge of the company’s day-to-day operations.

“In his expanded role, Keith will bring stronger alignment across our customer-facing and company operations,” Benioff said in a statement. “I look forward to working even more closely with him to deliver customer success and achieve our goal to surpass $10 billion in revenue faster than any other enterprise software company in history.”

Before joining Salesforce in June 2013, Block was executive vice president of North America sales and consulting for Oracle (an 11,000-person division). He left the company in 2012, after public clashes with co-CEO Mark Hurd.

Benioff frequently mentions Block during customer events such as Dreamforce, where he often teases his vice chairman about his predilection for buttoned-down work attire. More often than not, however, Benioff is quick with his praise. In January 2014, he described Block as “probably the best sales executive the enterprise software industry has ever seen.”

Salesforce’s previous COO George Hu was once a Salesforce intern before formally joining the company in 2002. He rose through the executive ranks quickly, holding positions in marketing and application development before becoming COO in November 2011.

Salesforce is holding a briefing about its product plans for the year ahead on Tuesday afternoon. Stay tuned for more updates.