The Pentagon Wants 45,000 New Smart Bombs For Fight Against ISIS 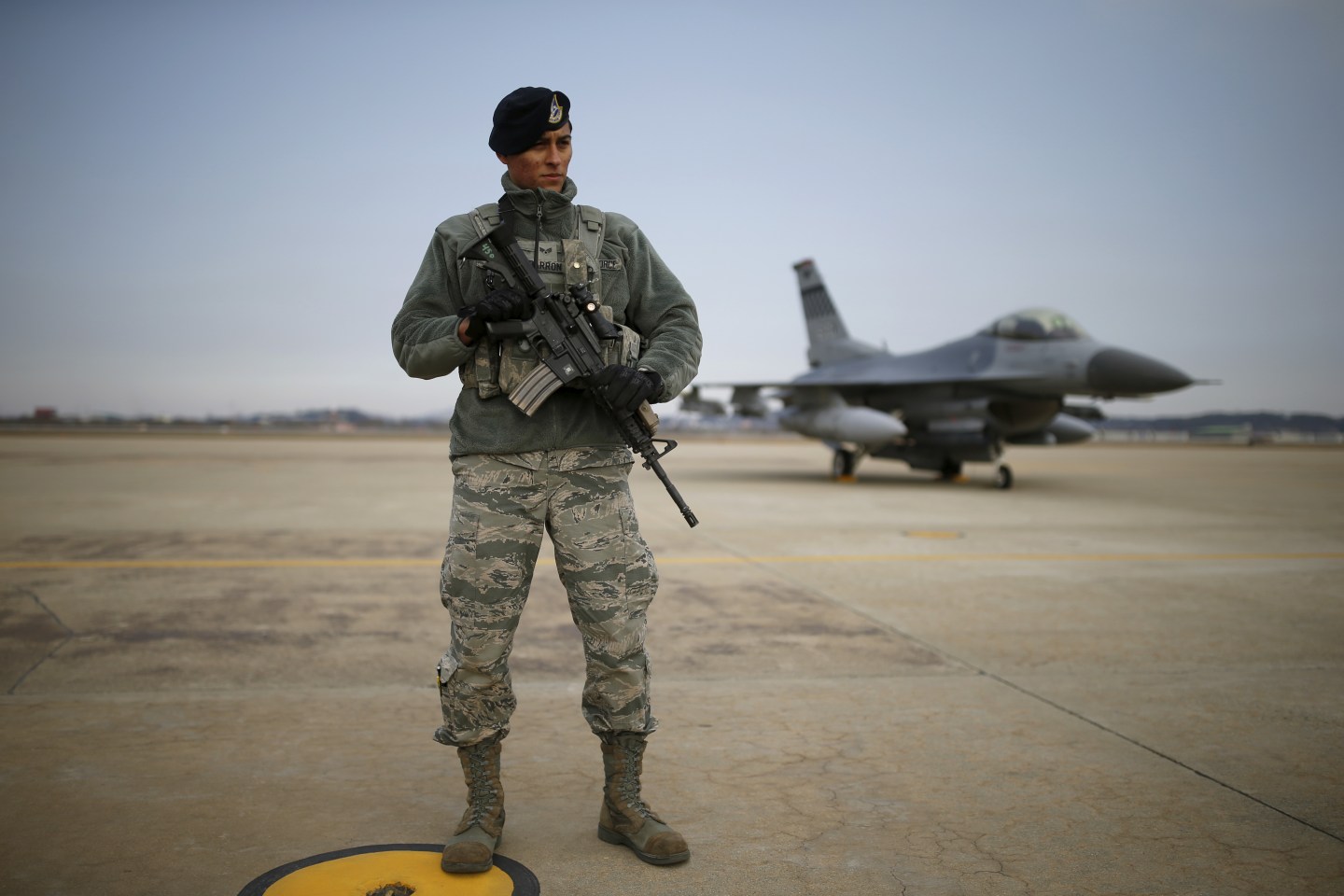 Eighteen months and 9,000 airstrikes after starting its bombing campaign against the Islamic State in Iraq and Syria, the U.S. is running low on precision bombs and missiles, the U.S. Defense Secretary said Tuesday morning.

Pentagon chief Ash Carter laid out the problem during a preview of the Defense Department’s 2017 budget, which includes a request for $1.8 billion to buy 45,000 smart bombs and other guided munitions. But he also highlighted a shift away from a single-minded focus by the U.S. military on the conflicts of the moment and more on what he termed a “high-end enemy”—that is, a peer military power like Russia or China

“This budget marks a major inflection point for the Department of Defense,” Carter said at an event hosted by the Economic Club of Washington. “In this budget, we’re taking the long view.”

Carter noted that he and President Barack Obama have enumerated five ongoing and evolving challenges that the Pentagon should make its priorities: Russian aggression, China’s rising military might, North Korea’s nuclear ambitions, Iranian influence across the Middle East, and terrorist groups including—but not limited to—the Islamic State in Iraq and Syria (ISIS).

That’s not to suggest the Defense Department plans to give the Islamic State short shrift. Spending on the war against ISIS will would increase to $7.5 billion, growing by 50% over the current budget. Of that, $1.8 billion will go to replenishing stockpiles of precision guided weapons depleted by both the U.S. bombing campaign and through supplying U.S. allies like Saudi Arabia and the United Arab Emirates that are also waging their own air wars against ISIS as well as Houthi rebels in Yemen.

From August of 2014 until the end of last year, U.S. aircraft had dropped $1.3 billion worth of bombs in more than 9,000 airstrikes, destroying some 20,000 targets. The campaign reportedly burns through $11.2 million daily at this point—a number that could grow as the Pentagon ratchets up both spending and the intensity of its operations.

The order for 45,000 new guided munitions in the 2017 budget would follow on the heels of a $1.9 billion sale of F-16-compatible weapons to Iraq that the State Department approved last month. Both Air Force Secretary Deborah Lee James and Air Force Chief of Staff Gen. Mark Welsh have expressed concern that demand for guided weapons like the AGM-114 “Hellfire” missile could stress U.S. companies’ production lines (major defense contractors like Boeing (BA), Lockheed Martin (LMT), and General Dynamics (GD) produce most of the components for the munitions in question).

For more on the fight against ISIS, watch:

That hasn’t stopped the Pentagon from planning scaled-up operations. “This will be critical as our updated coalition military campaign plan takes hold,” Carter said of the request for more precision weapons.

Elsewhere in the budget, Carter pointed to investments in the kind of high tech weaponry and infrastructure necessary to fight a 21st century war against military powers like Russia or China. The budget will invest nearly $7 billion in cyber technologies (and nearly $35 billion over the next five years), he said. The 2017 budget will also grow research and development funding, pushing those accounts up to a total of $71.4 billion.

The 2017 budget also calls for a quadrupling of spending in Europe as the Pentagon seeks to deter Russian aggression there and reassure its allies. Spending on U.S. military exercises, heavy weapons, armored vehicles, and other equipment in Europe will leap to $3.4 billion from $789 million, marking a significant shift in U.S. defense policy in Europe. “This is a really big deal, and the Russians are going to have a cow,” Evelyn N. Farkas, who ran the Pentagon’s Russia and Ukraine policy shop until October, told the New York Times.

The full 2017 defense budget will be released next week.