Like it or Not, Wall Street Is Bankrolling the 2016 Election 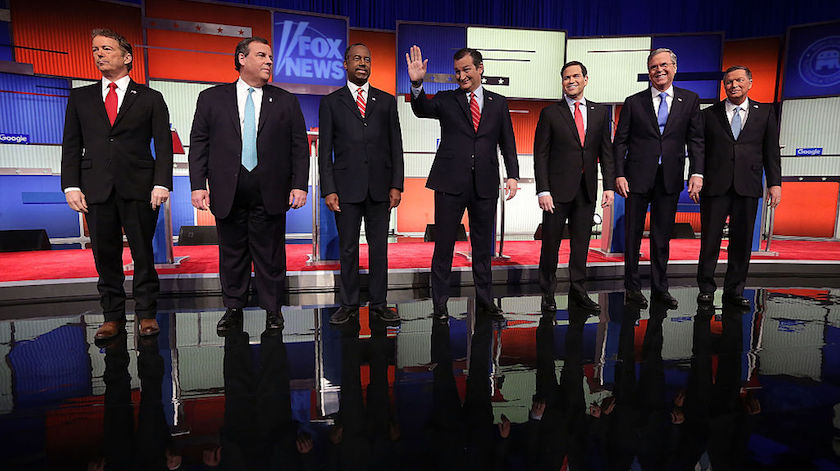 In an election season in which “money in politics” is more of a hot button issue than ever, Wall Street is still throwing around its considerable financial heft.

Super PACs, the independent political entities with more freedom to accept big donations than the actual candidates, took more than one third of its money from the finance industry this election cycle, according to a report in the Wall Street Journal.

This slow economic recovery of the past few years and the painful memories of the financial crisis have left Americans on both sides of the aisle wary of the power and influence of big banks. Remember, during President Obama’s first term, you could hear people decrying “too big to fail” financial institutions and wondering “where’s my bailout?” at rallies for both the Tea Party and the Occupy Wall Street movements.

Despite this sentiment, though, the financial sector is vitally important to most presidential candidates. The Journal found that Marco Rubio’s Super PAC drew more than half of its donations from the finance industry in the second half of 2015. Chris Christie’s Super PAC was also more than half funded by Wall Street. Ted Cruz’s Super PAC brought in $11 million from hedge funder Robert Mercer and $10 million from private equity guru Toby Neugebauer.

Jeb Bush, perhaps the most “establishment” candidate in the Republican field, also got a big infusion of cash from the financial sector.

On the Democratic side, Hillary Clinton, the vanguard of the Democratic establishment, saw her Super PAC raise $25 million in the back half of 2015, and $15 million of it came from Wall Street. Around half of that came from investor and liberal activist George Soros.