Trump Campaign Is Still Spending a Fortune on Hats 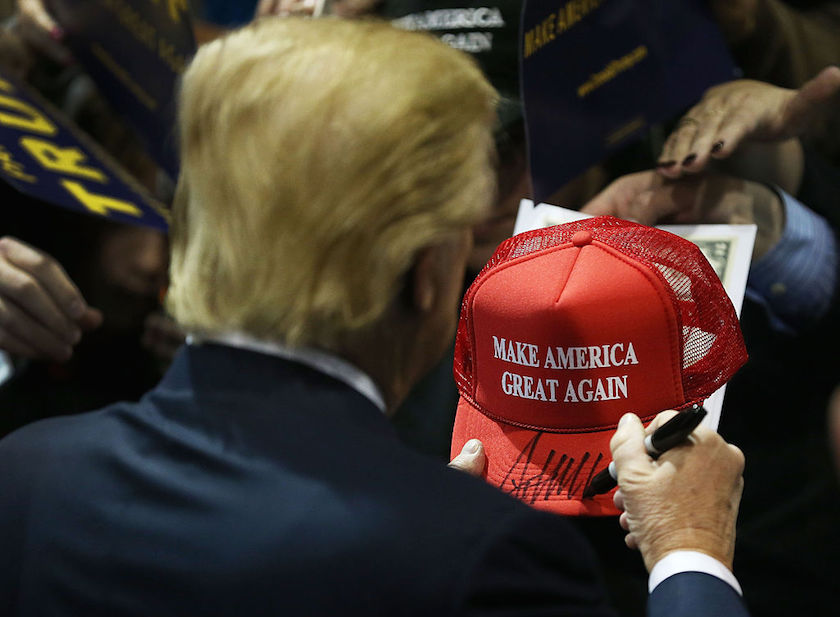 The campaign for Donald J. Trump, the former reality-show host and leader of the polls in Iowa, released some new information yesterday showing that the billionaire has finally begun using his fortune to fund his campaign.

Thus far, the total amount spent on Trump’s campaign totals $19 million, far less than pretty much everyone else. (Ted Cruz has spent $47 million, for a comparison.)

According to the new Federal Election Committee filings by the Trump campaign, one of Trump’s biggest, and perhaps puzzling expenditures is hats.

Not as many hats are getting made as you may think, however. Though the records suggest that one (not made in the USA) hat vendor sells hats for under $3, the campaign’s main hat vendor Cali-Fame sells “Made in USA” hats that retail for around $15.50. The campaign buys them in bulk so they’re likely cheaper. If the caps cost the Trump campaign $10 each, this means there are just 47,000 caps out there.

Surely, there are tens of thousands of Trump “MAKE AMERICA GREAT AGAIN!” hats in circulation. But there aren’t hundreds of thousands, let alone millions. Not yet anyway. Trump has a lot of campaign cash to burn through.