The $25.6 Trillion Difference Between Donald Trump and Bernie Sanders 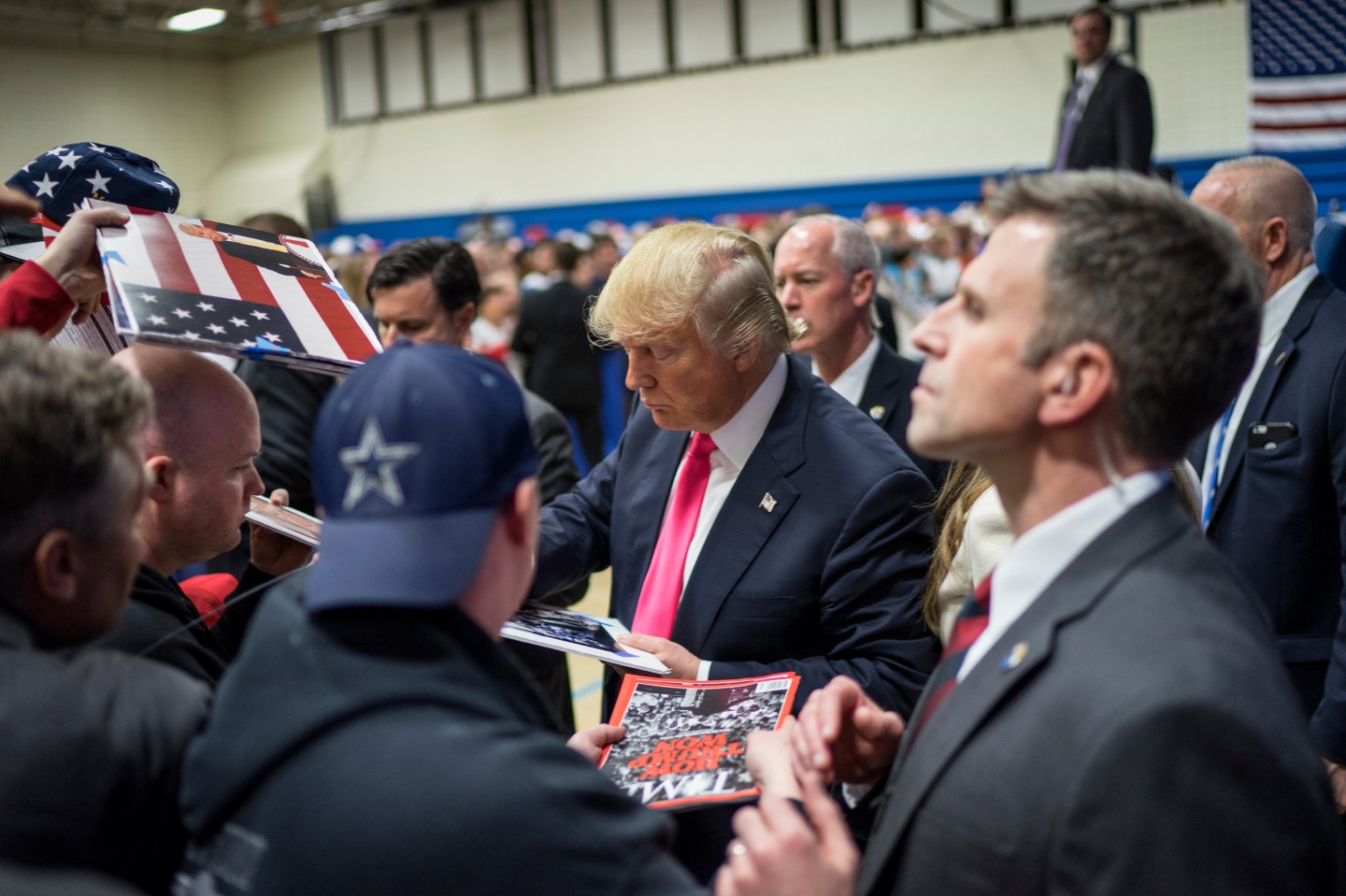 As Iowans prepare to cast the first votes in the 2016 presidential election, it’s clear Americans can no longer credibly complain that there are no substantive differences between the Democratic and Republican parties.

Here’s proof: The tax plans of Republican frontrunner Donald Trump and Democratic hopeful (and strong contender) Bernie Sanders envision an American government with a difference of $23.1 trillion in revenue over ten years, according to the Tax Foundation’s static scoring of the candidates’ plans. (Static means that the analysis ignores the possible economic effects of the tax proposals like changes in GDP growth rates, which can be hard to predict.)

Just 16 years ago, George W. Bush and Al Gore presented the American electorate with tax plans that differed by just over $1 trillion. In other words, if the Iowans and the rest of America choose to nominate Trump and Sanders, one could argue that the electorate has become about 23 times more polarized on budgetary issues since the beginning of the century.

Of course, there’s more going on here than just the divide between the right and left on economic issues. One of the most salient differences between the Sanders and Trump plans is the expectations they place on their plans to 1) not increase the budget deficit, and 2) gain the approval of so-called “experts.”

The appeal of Trump’s plan requires that one not pay too close attention to the details. If you have listened to Republican Party rhetoric over the past eight years, you must have gotten the impression that this is a party that prizes fiscal restraint more than most things. In fact, one of Donald Trump’s central arguments for why America isn’t “winning” today is the size of the national debt, which is nearing $19 trillion by some measures. But Trump’s plan, would add another nearly $12 trillion in debt in the next 10 years through massive tax cuts and no corresponding reductions in spending, according to the Tax Foundation’s static scoring. Most other Republicans’ plans would add to the national debt too, though not as nearly as much as Trump.

This underscores the fact that the Republican Party is increasingly the party of both richer folks who would benefit from tax cuts, and poorer, less educated folks who are drawn by Trump’s rhetoric but apparently aren’t concerned with the fine print of his policy proposals. Trump is certainly not going after the vote of Washington-based budget wonks.

Democrats, on the other hand, are playing another balancing act. Bernie Sanders is in fact trying to become the first major party candidate to run on a platform of raising taxes on middle-class Americans since Walter Mondale in 1984. Sanders is framing his plan as one that would actually save most Americans money because though they’d be paying more in taxes, they’ll pay even less in premiums for health insurance under his “Medicare for All” proposal. Some experts disagree with Sanders’ cost-control projections, but unlike Republican tax plans, Sanders can argue that he has a plan to pay for the increased benefits he hopes to bestow on poor and middle class Americans.

While Trump has been able to appeal to lower and middle class voters with promises of tax cuts and what many voters see as refreshing rhetoric, Sanders is appealing to similar demographics with promises of more government programs that benefit them. Trump assuages the fears of high-earning voters with the promises of big tax cuts, while Sanders appeals to highly educated voters with promises to mold the American welfare state in the image of what they see as a more successful European model.

Both approaches have glaring weaknesses. Will Sanders really be able to sell the country on voting to raise taxes on themselves, regardless of what benefits he argues will redound to them? Can Trump really convince more than half of the country that adding another $12 trillion in debt will make America great again? These questions show that while Sanders and Trump may be far, far apart on how much money they want the government to take in, they’re pretty close in terms of their approach to winning elections. For them, policy proposals are about statements of purpose, not blueprints for governing. Starting Monday night, we’ll see if this style of politics can actually win elections.