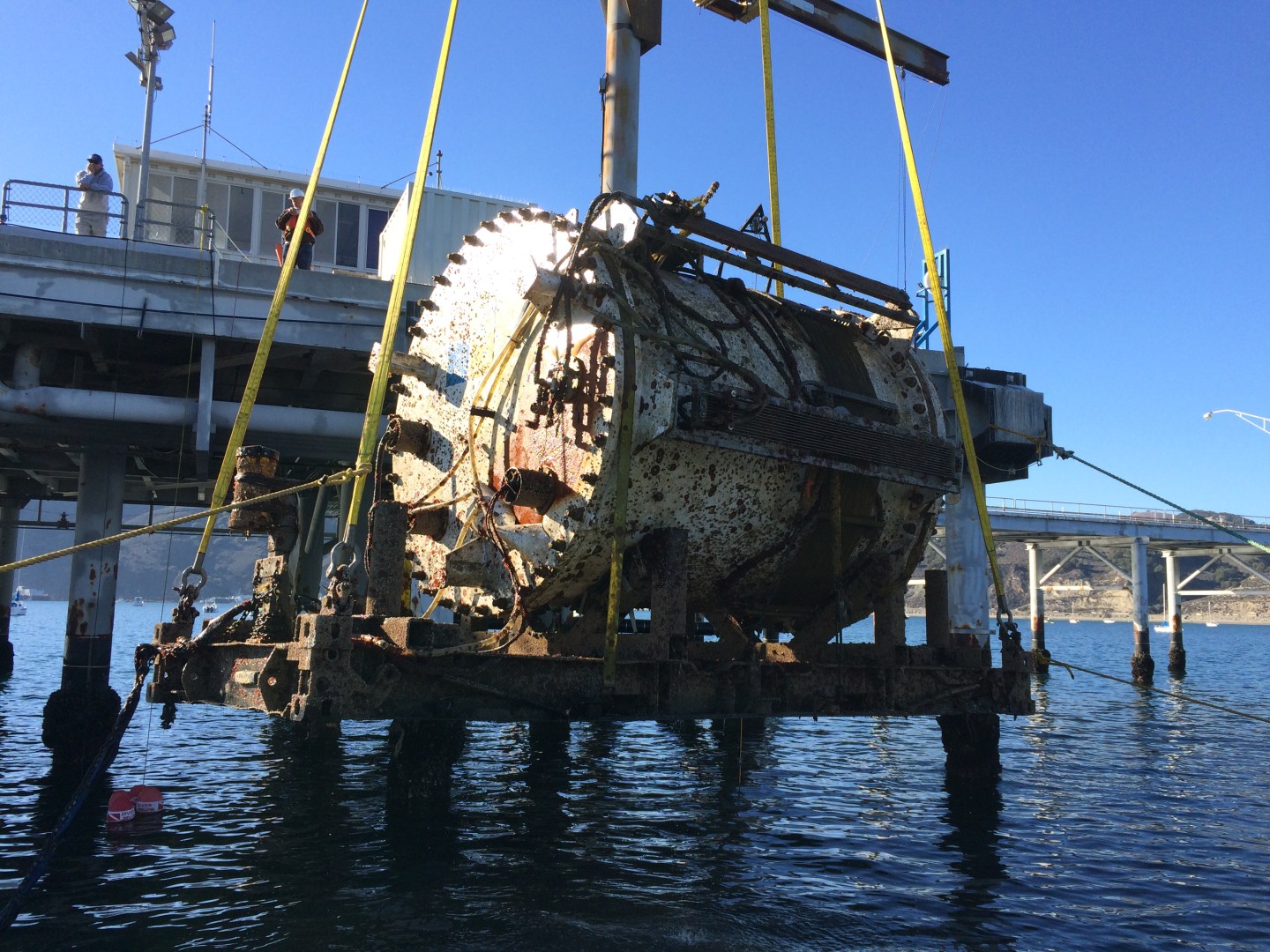 Microsoft thinks it’s found a way to cut high energy costs for cooling data centers: By putting them under water.

Company researchers tried out the concept by placing a prototype self-contained data center pod 30-feet under water off the coast of San Luis Obispo, Calif., and running it for 105 days, according to the New York Times.

The eight-foot-around metal unit was run and monitored from Microsoft’s Redmond, Wash. campus, where researchers got feedback on its performance and status from on-board sensors.

Nautilus Data Technologies, for example, is building a floating data center, which may be used by the U.S. Navy. And remember all those reports about Google data center barges floating off of Portland, Maine and San Francisco a few years back? Well, the stories were wrong, but the idea has legs.

More: Google’s secret plan to catch up with Microsoft and Amazon.

The advantages of water are numerous. Submarine or floating data centers could use tidal-fueled turbines to generate power, for example. And, ocean water is cooler than ambient air, so A/C costs would be cut to the bone. Other companies are placing their new data centers in cooler climates. Facebook has placed one of its latest state-of-the-art data centers in Luleå, Sweden to make use of cheap, renewable hydro power and outside air for cooling.

For more on Microsoft’s cloud efforts, check out the following Fortune video.

There are obvious risks for submarine data centers. Salt water is corrosive and weather can be a problem, to name just two potential problems. But, per the Times report:

…the Microsoft researchers believe that by mass producing the capsules, they could shorten the deployment time of new data centers from the two years it now takes on land to just 90 days, offering a huge cost advantage.

Microsoft and Amazon, in particular, have been engaged in a land grab, adding new data center locations—in India, the U.K, and South Korea—to broaden the geographical reach of their respective cloud services. Maybe that battle will move to the oceans as well.